Great test against an experienced side for the Young Terriers

A young Huddersfield Town Elite Development Team will have learned a lot in a great showing against a senior Scunthorpe United side in the latest game of the season at Glanford Park.

Eventually succumbing to a 4-2 defeat, the Young Terriers more than matched their hosts for large spells; a side containing hundreds of senior games through players such as Adam Hammill, James Perch, Byron Webster, an experienced midfield trialist and all the other players from Stuart McCall’s senior squad.

Dean Whitehead’s side twice pulled level on the afternoon through 17-year-old midfielder Jaheim Headley and right back Demeaco Duhaney, but eventually met defeat.

The Young Terriers had the first effort of the game, with Hamid Sabiri – the only member of the First Team squad involved on the afternoon – collected a half-cleared cross and forcing the goalkeeper to save his rasping drive.

However, Scunthorpe then netted through a devastating counter attack as Hammill drove down the left hand side before floating a cross towards the back post, where Olufela Olomola was waiting to tap it home.

Not to be unsettled by the first goal, Town regained possession and began to dictate the tempo of the game. Shortly after, the Young Terriers carved out a chance as Scott High picked out Sabiri with a fantastic cross; Hamid glanced his header on target but was denied by the Scunthorpe ‘keeper.

The Scunthorpe United players thought they’d doubled their lead soon after, however, the referee adjudged that the Irons’ number 10 had fouled Scott High in the build-up, meaning the referee gave the free-kick.

On the 35 minute mark Town drew level as Demeaco Duhaney progressed down the right hand side before cutting infield and squaring it to Jaheim Headley, whose deflected 20-yard effort found the net.

Town almost took the lead just before half-time through a solo Abdelhamid Sabiri effort, as he nicked the ball from a midfielder before striding forward and striking just over the bar.

The hosts rode their luck to score shortly after the restart, as a midfielder advanced up the pitch before a lucky deflection set Jordan Hallam through to fire into the corner.

At 60 minutes, a fantastic team counter-attack involving Aaron Rowe, Sabiri and Headley resulted in Micah Obiero being set through. However, the young forward flashed a strike just wide.

Shortly after that effort, Town had an equaliser through Duhaney. The move started with Ben Jackson racing down the left side, before finding Obiero who switched the play superbly to the right. Duhaney received the ball before cutting inside and drilling a left-footed volley past the ‘keeper and the near post.

As the game progressed towards its late stages, the experienced heads in the Scunthorpe United side eventually unlocking Town’s defence. A throw-in found its way to Hammill who lofted a ball into the box towards Southampton loanee Olomola who was again on hand to head home and grab his second of the game.

Scunthorpe United grabbed its fourth and final goal moments later in the 79th minute. A trialist received the ball from a short Hammill free kick, before drilling it home from 25-yards, a superb effort.

The game finished 4-2, with the Young Terriers eventually succumbing to the tough test posed by an experienced Scunthorpe United side with plenty of EFL playing time under its belt.


Right back comments on pre-season draw against Scunthorpe United 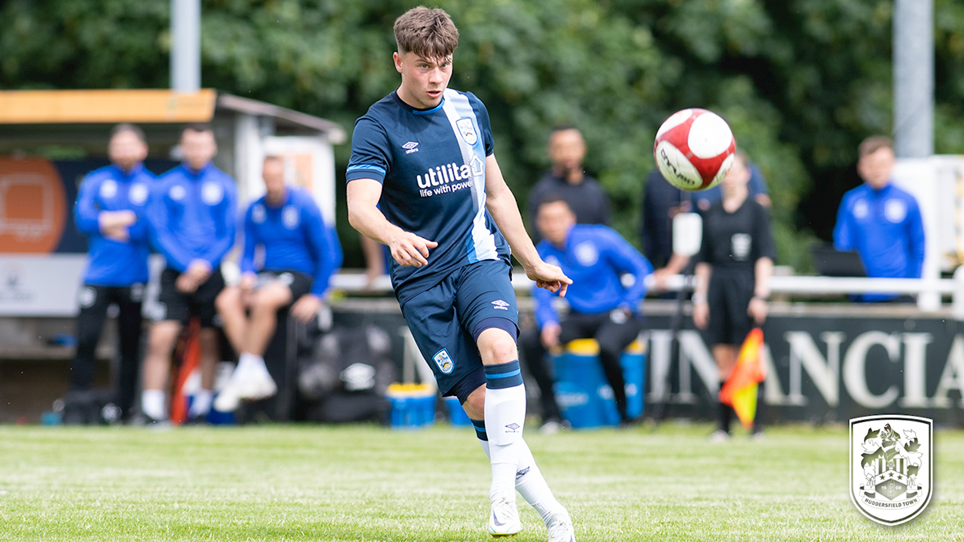