Huddersfield Town Ladies face West Ham United in the Fifth Round of the SSE Women’s FA Cup on Sunday 17 February 2019.

The Town Ladies side has never reached this round of the competition before and now faces Women’s Super League side West Ham United, which includes a number of international stars!

To progress into the Fifth Round of the competition, Town’s Ladies pulled off a magnificent comeback to beat Charlton Athletic on penalties.

Ash Vickers’ side was 3-0 down with 15 minutes to go before goals from Brittany Sanderson, Laura Elford and Kate Mallin took the game into extra-time.

Goalkeeper Laura Carter produced a superb save to deny a Charlton penalty from the spot before Katie Nutter sealed the win by firing her spot kick into the back of the net.

You can watch highlights from that win below on #HTTV!

Now the ladies face an even tougher task with the West Ham United Women sitting seventh in the Women’s Super League table with 16 points from 14 games. The Hammers have won four of their last five games in all competitions but have only kept two clean sheets in their last 10 matches. 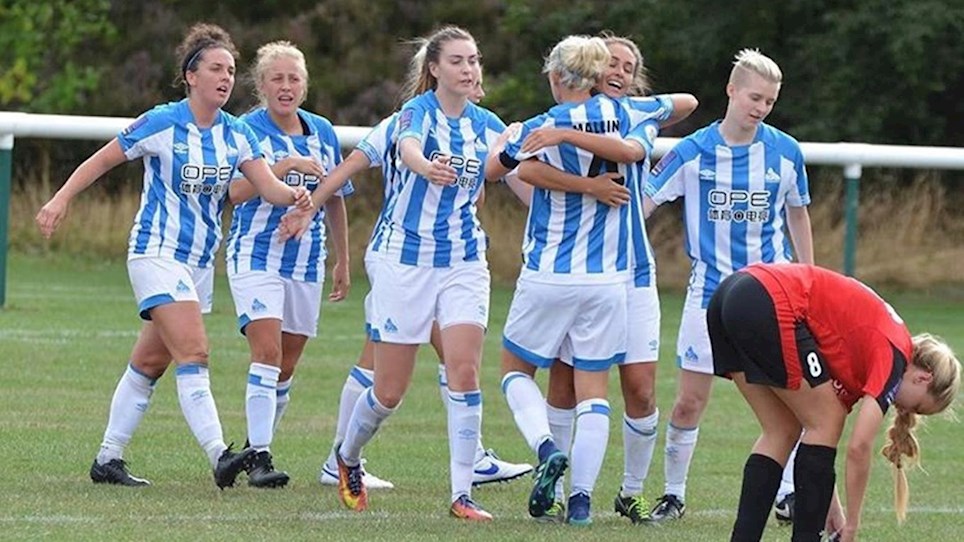 WATCH TOWN WOMEN’S FIRST EVER GAME AT THE JSS!


Be part of a historic first for Huddersfield Town’s Women