Jan Siewert believes it was a good point for his side in the capital, despite leaving frustrated that his side were unable to leave with all three.

“Two things; the first thing is I’m incredibly proud of the lads because it’s a deserved point here because I know they’re a strong side.

“Of course, then it’s disappointing because it’s just a set-piece and we lost two points from it.

“Away, it’s always difficult in the Championship, we had a good fight and I think the lads deserved more than one point here today.”

The breakthrough in the game was instigated by half-time substitute Elias Kachunga, who was fouled to win the penalty that was duly dispatched by Karlan Grant just after the break.

Town’s Head Coach called the response testament to the fighting mentality amongst his current crop of players:

“This is how the team works, everyone is fighting for each other now and it’s important we keep going with this process.

“We knew that substitutes might change the game and if you understand this role then you have possibilities.

Siewert was left frustrated that the equaliser came from an aerial set-piece; something his side had identified as a threat posed by the hosts in the build-up to the game.

“For me it was the key to defend well because they created many chances against Stoke City. We knew they were a threat from set-pieces and that they had height in their team.

“For us it was much more important that we attacked a bit higher and created our chances out of it.

“In the end we dropped a bit too deep, but I think this is natural because when you know their threats - you look to bring players on the pitch with height as well and to avoid these situations.

“You always behave a bit different when you’re away from home. For me, it’s now important to analyst the set-plays and analyse our games in total and focus on the next two games.”

The concluding thoughts were reserved for Lewis O’Brien who was making his debut in competitive football for Town, with the Head Coach praising his dogged performance in the heart of the midfield:

“[He did] very well, I’m trying to protect him because I always try to give my experience to my players who are young.

“He was very calm today, aggressive; as I wanted him to be, a good debut from him and we can be proud having him in our squad.”

Listen to the full interview on #HTTV below: 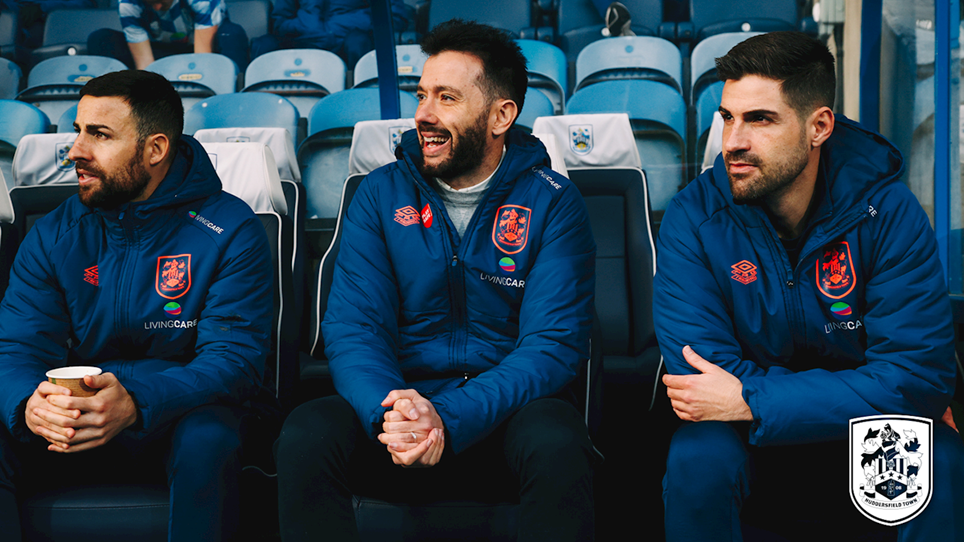 
Match highlights from Tuesday night for free on YouTube