Four members of Jan Siewert’s First Team squad got valuable minutes on the pitch last night as part of a 3-3 draw at Northern Premier League side Pontefract Collieries.

Josh Koroma scored from the penalty spot in 45 minutes of action as he played alongside Jaden Brown, Rarmani Edmonds-Green and Matty Daly for Dean Whitehead’s Young Terriers.

Town went three goals up in a combative game against the eighth tier side, who got back on level terms impressively as Town’s youngsters came off the bench for a stern test.

Pontefract had an early goal from a corner ruled out by the referee as they started the game well, but it was the Terriers who went ahead inside 19 minutes through winger Dom Tear. A quickly taken thrown-in allowed striker Kit Elliott to run onto the ball and find Dom, who slotted home nicely.

Tear had another shot that was easily saved by the goalkeeper soon after before teenage goalkeeper Jacob Chapman was tested for the first time, holding a header from an attacking free-kick.

Koroma then showcased his power with a driving run off the flank, only to see his eventual shot blocked by a defender.

The Town second followed in the 26th minute, with 18-year-old striker Elliott making no mistake when sent through one-on-one, finishing cleverly.

A penalty brought the third on the stroke of the half hour, with Tear and Elliott combining well again before the forward was brought down in the penalty area. Up stepped Koroma and the former Leyton Orient man made no mistake.

Pontefract did get a goal back before half-time when a cross into the box evaded centre backs Edmonds-Green and 17-year-old Nassim Kherbouche, allowing left back Connor Smythe to finish at the back post.

There was still time left in the half for the home side to hit the crossbar and for Town to create a golden opportunity for the fourth; right back Ilounga Pata and Tear combining to find Elliott, who rolled the ball just past the post.

Pontefract pulled a second back just two minutes into the second half, with Smythe scrambling the ball over the line from a corner, and there was a giant let-off soon after when Vaughan Redford missed from the penalty spot; hitting the crossbar after Chapman had brought down a forward.

A mistake from 17-year-old Tom Bamford was punished clinically for the equaliser by Mikey Dunn, with ‘keeper Chapman pulling off two great saves late in the game to keep the score level.

Town fancied another penalty after Elliott went down in the area late on, but the referee waved the appeal away. 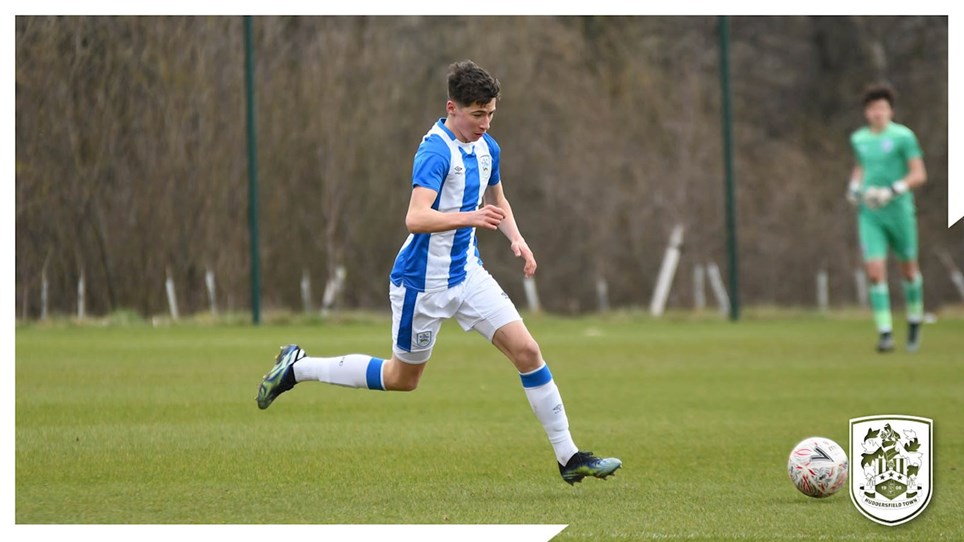