Huddersfield Town’s fake Paddy Power shirts have raised an estimated figure of almost £30,000 for charities in the local area.

The money from the shirts, that heavily featured the Paddy Power logo, has raised an estimated £13,996 for the Town Foundation, the Club’s official charity that strives to use the power of the Football Club to engage, inspire and have a positive impact in our local community.

Alongside this, an estimated further £13,996 will be split between the Huddersfield Street Kitchen, which provides food and essentials to the homeless and Andy’s Man Club, a registered charity based in West Yorkshire that supports men who need mental health help. Andy’s Man Club has a group in Huddersfield, which meets every Monday.

The ‘fake’ Paddy Power shirts were launched as Town’s home kit on Wednesday 17 July 2019 with the shirts being worn in a pre-season game against Rochdale. 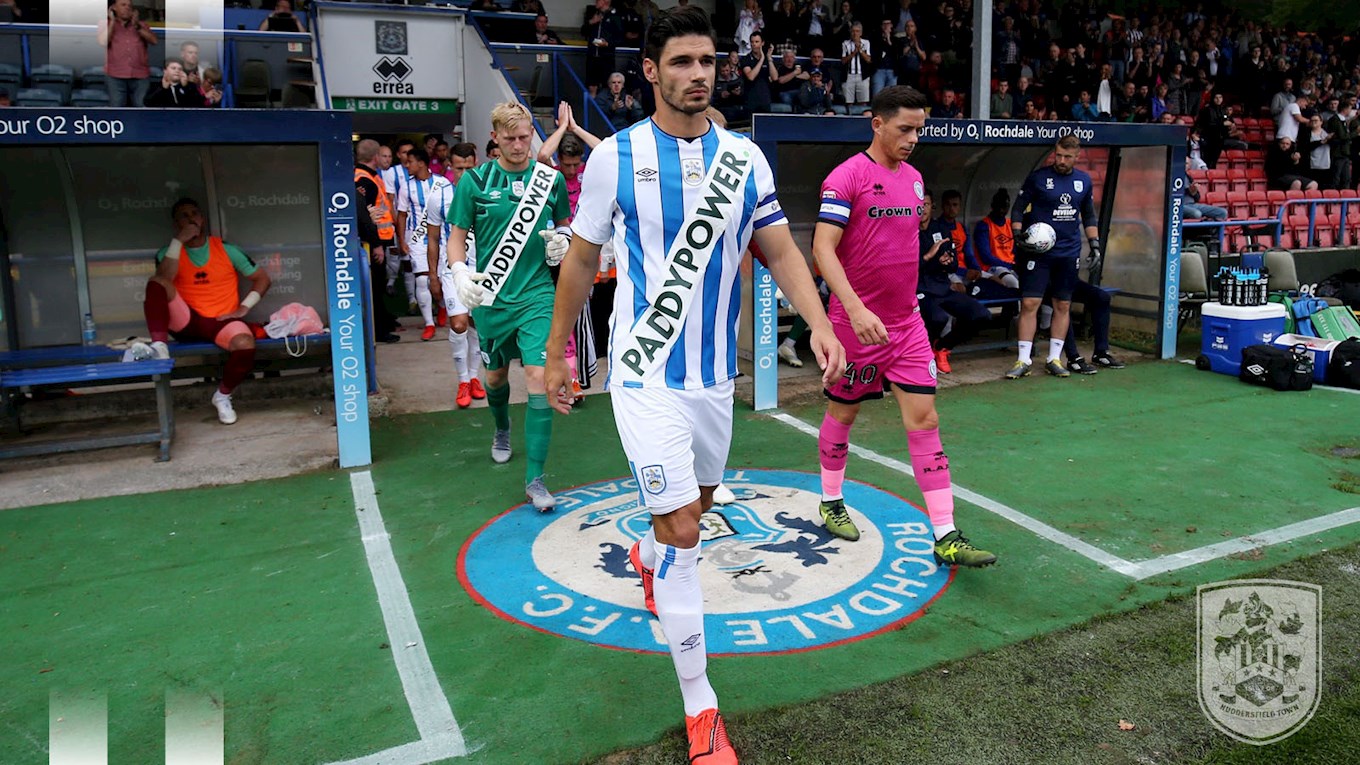 48-hours later, Town revealed their ACTUAL home kit, which was part of Paddy Power’s Save Our Shirt’ campaign; an initiative that is backing a move towards unbranded football kits.

Following the amount of interest in the fake Paddy Power shirts, Town ran an auction to sell off 15 of the match-worn jerseys, which had been signed by the specific player, to raise money for the three select charities.

“These funds will contribute to the sustainability of the Breakfast Clubs, as we need to raise £120k every year to continue to improve the quality of life for young people in our community, growing their aspirations and achievements.”

“I’m extremely grateful for the generosity of Town Fans – this club is first and foremost a family and community led club and the money raised will be reinvested in local people. We are committed to supporting our own community and their needs.”

“The money raised for both Huddersfield Street Kitchen and Andy’s Man Club is absolutely phenomenal; I’m blown away.

“The money, combined with the £4,000 donated to us from the Town Foundation’s Big Sleep Out, will completely transform the Huddersfield Street Kitchen and allow it to run and be sustainable for up to four years!

“The money will also have a massive impact on Andy’s Man Club, but the biggest thing is the awareness we’ve received from this. People will have seen us on the LED boards in the Stadium, on Sky Sports and know how we can help them. For us, that’s invaluable.

“Donating this money to help local charities shows that this club means so much more than what happens at 3pm on a Saturday. The community is at the heart of Huddersfield Town and that means a lot to me.”

Overall, the shirts raised almost £30,000 on eBay, however, highest bidder for Aaron Mooy’s jersey (which went for £2,150) has reneged on his offer.

You can bid for Mooy’s shirt through a silent auction by emailing your offer to callum.limb@htafc.com.

Thank you to Ebay for agreeing to waive the selling fees for the auctions meaning all money raised can directly benefit all three charities.

We extend our thanks to title sponsor Paddy Power for working with us to offer these shirts for auction.