Young Terrier teaching the next generation

After progressing through Town’s Academy System, George Danaher was one of an unfortunate few to not receive a professional contract at the conclusion of his scholarship. Despite this, Academy Manager Leigh Bromby saw something in the 19-year-old and offered him a chance to develop the next generation of Young Terriers.

George started a Coaching Role at Town’s Academy at the start of the current season, launching himself a career in coaching and linking up with new Under-17 Coach Jon Worthington to help integrate and develop the new first-year scholars.

“It’s a massive opportunity for me. I’m only 19 and I’m working at a Championship club at an elite level,” explained George Danaher.

“I wouldn’t get this anywhere else; that’s credit to Leigh Bromby for putting his trust in me.

“Having worked with Leigh Bromby for a long time, he gave real detail in his coaching. I listened to him and learned a lot from him, I enjoyed working and playing for him. I want to replicate what he’s done going from Academy Coach to Academy Manager. 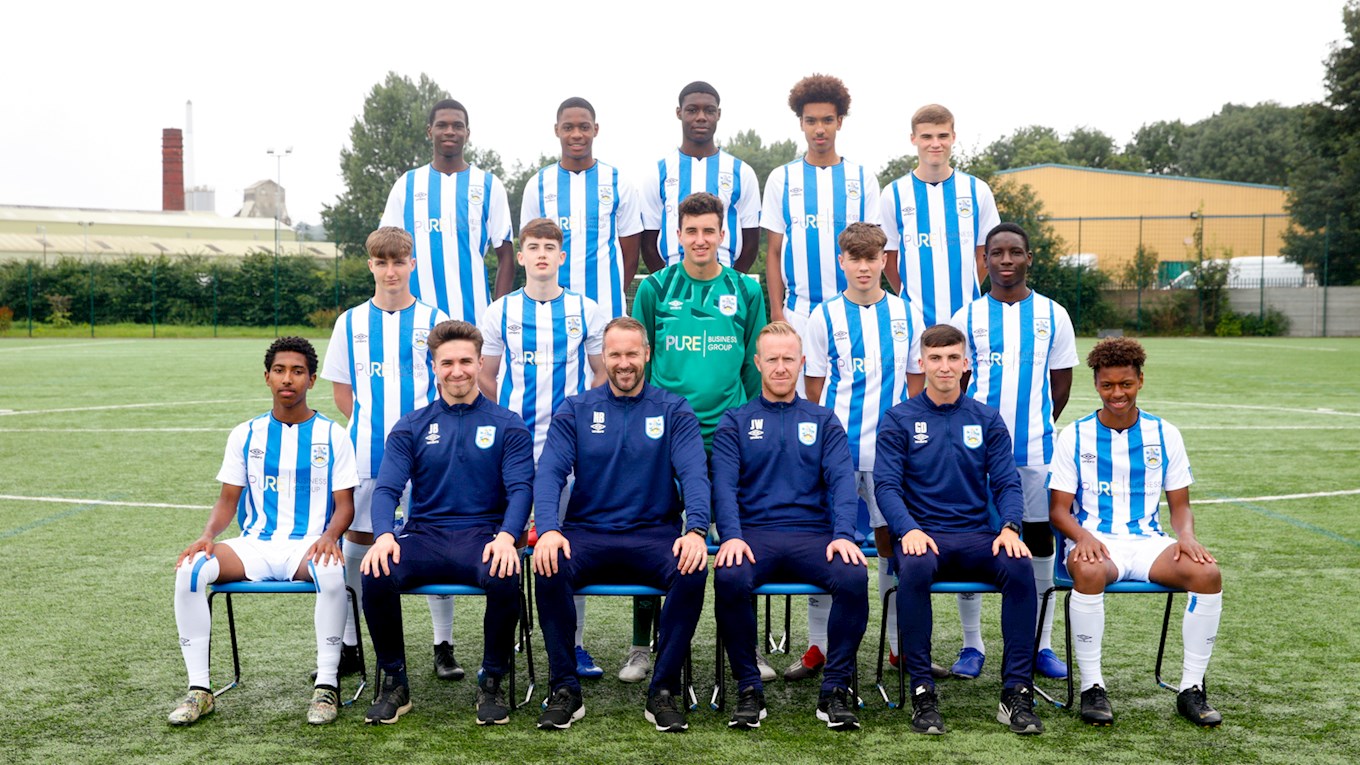 “I really enjoy seeing players progress into the First Team which is what’s happened this year and in pre-season. I want to try and push up that ladder at Huddersfield and become a lead coach within the Academy setup.”

The role at Town will see George continue to study alongside his coaching duties, working on his UEFA Coaching Badges, FA Youth Modules and a course in further education that will eventually lead on to completing a degree in Sports Coaching at University.

Town’s restructuring of the Academy in September 2017 sees a pool of First Year Scholars from the age of 16 arrive in West Yorkshire to begin their footballing journey.

The experience of previously being a player in the system offered by Danaher, coupled with the opportunity to work with a newly assembled ‘blank canvas’ of players, means the Under-17 coaching pair can phase in different elements of the ‘Terriers Identity’.

“It’s been great; Worthy [Jon Worthington] and I have a great working relationship. I 100% trust him and I think he trusts me in the decisions we make.

“He’s really helped me come on as a coach because he gives me the responsibility deliver and implement the individual coaching programme within the Academy. We both respect each other enough to trust we’re doing the right thing.

“With the new lads it’s been a blank canvas, we’ve got so much to teach them but we’re doing it step-by-step and I think it’s starting to show on the pitch with the new scholars.

Danaher was a striker during his time at the Academy and has been tasked with developing individualised progression programmes for the players, whilst putting on additional sessions to improve specific parts of a given players game. 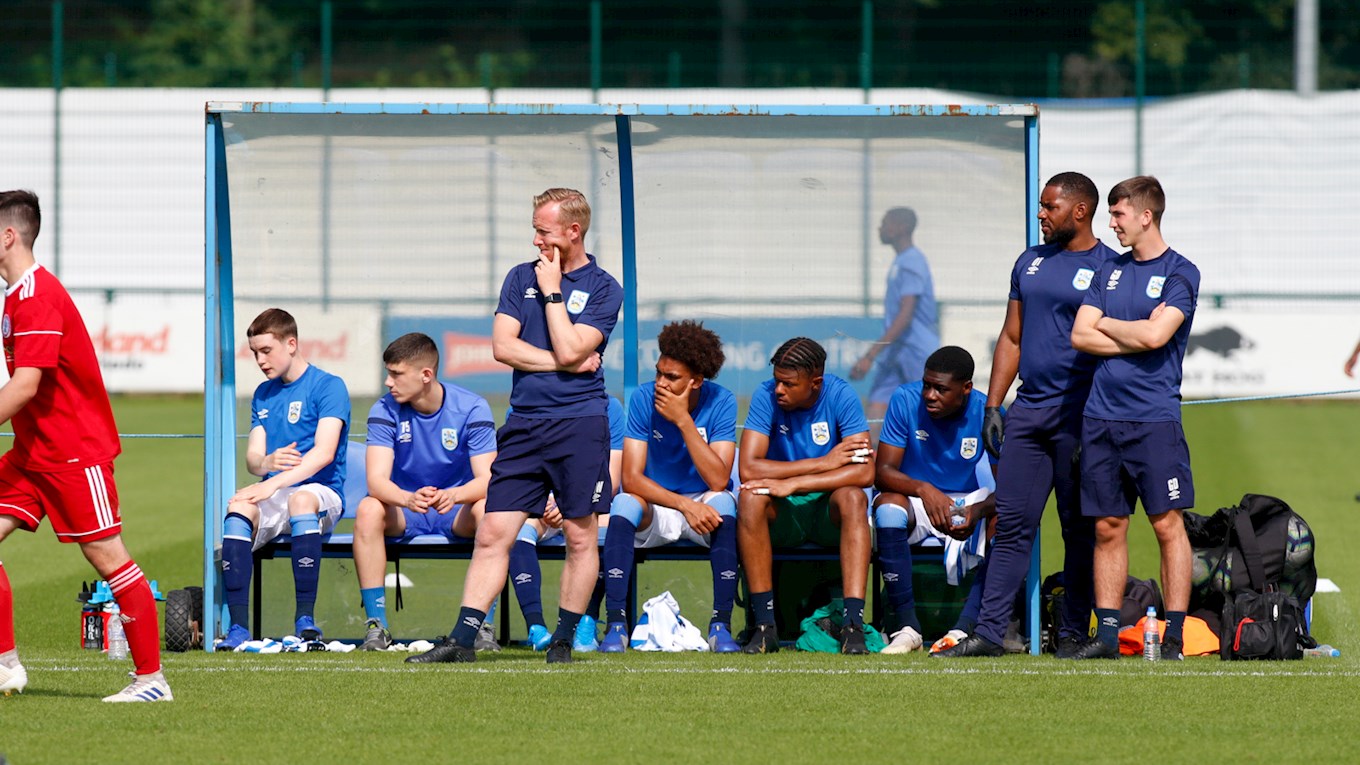 He’s already seen some of his hard work pay off with a noticeable improvement in an assigned task for the strikers in their two recent games.

“I’ve been doing a lot of the individual specific coaching, so each player will have individual goals and I’ve been working with the players on that, as well as taking some sessions.

“Worthy normally takes the lead in the sessions and I’ll just pop in and out with individual feedback for the players. I’ve enjoyed helping focus them on what they need to work on to progress.

“I think the two new strikers, Andre [Edionhon] and Robson [Shipley], have improved massively on the link-up, getting hold of the ball, using their bodies and bringing other people into play.

“The two recent games against Accrington and Burton saw an improvement by both centre-forwards holding the ball-up really well and linking the play; which is essential for how we play.

“I’m pleased to know that the work me and Worthy are doing on the training pitch is coming across in the games.”

“We knew right away from being a player that George had the right personality and work ethic to succeed in coaching. He showed a willingness to learn, asked all the right questions, has a great tactical grasp of the game and understands the Young Terriers culture.

“He was one of the model pros in the dressing room and did all the right things in terms of rest, recovery, nutrition and intensity in training.

“It’s great to have him on board and I know he’ll be a real asset in the years to come as we look to progress more players into the First Team.”