You can support the P4P10 with Made by Cooper cyclists

The shirts for the Huddersfield Town’s Pedal for Pounds 10 with Made by Cooper ride, ‘The Chairman’s Choice’ have been revealed!

The blue and white striped jerseys will be given out to cyclists at the final event meeting this evening at PPG Canalside. They’ll be worn on the first stretch of the 313-mile ride from Zeebrugge to Antwerp on Monday 29 April, as well as on the last stretch from Hull to Huddersfield on Friday 3 May. They’ll also be worn on the cyclist’s lap of honour prior to Town’s final home game of the season against Manchester United.

Tommy Smith, who was airlifted by YAA in 2015 after a head injury during Town vs Leeds, was joined by Made by Cooper’s Oliver Kerr as well as Commercial Director Sean Jarvis and Club Ambassador Andy Booth to show off the exclusive jerseys. 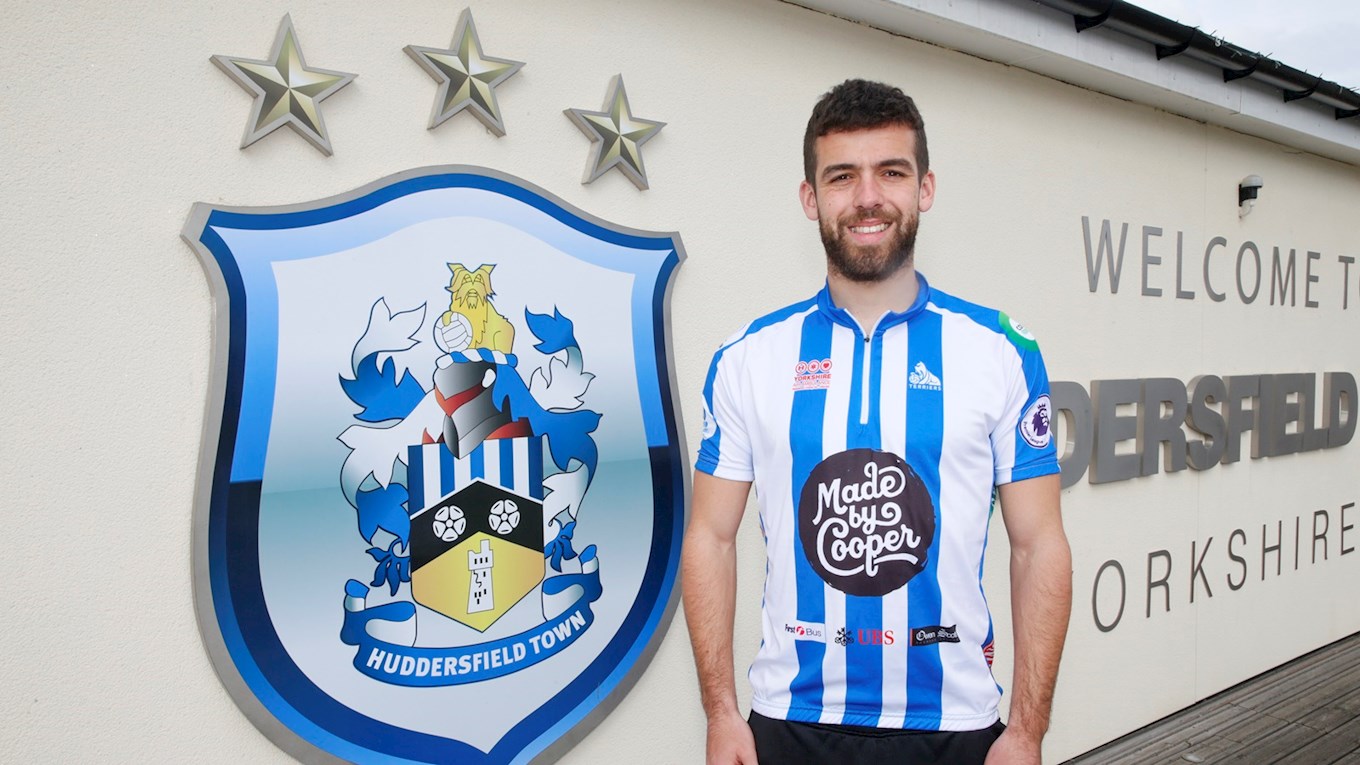 The Club would like to thank title sponsors Made by Cooper, as well as the following shirt sponsors for all their support: 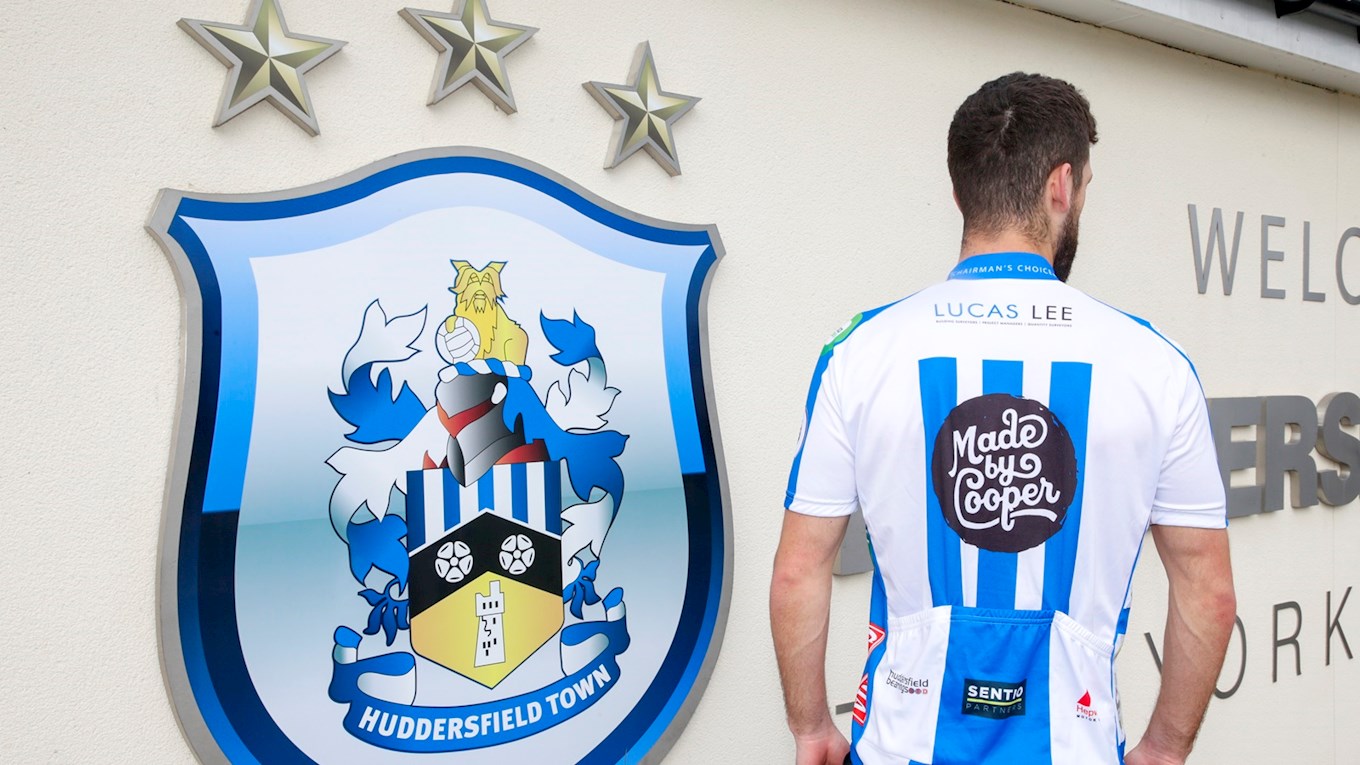 The money raised from the P4P10 with Made by Cooper ride will go half to the Yorkshire Air Ambulance and half to the Town Foundation. The Foundation will split its half in three ways; one third to Kirkwood Hospice, one third to Ruddi’s Retreat and they will use the remaining third for its own Breakfast Clubs.

You can sponsor the 200 cyclists on their fundraising journey by clicking HERE.

Made By Cooper ships worldwide, with about 40% of customers in the USA. It works with all types of clients, from individuals that want keepsakes for their wedding day, to international companies such as BBC, ITV, HSBC, Tate Modern, Warner Bros, and many more including the Town Foundation.

Find out more about Made by Cooper by CLICKING HERE!

The Club’s previous Pedal for Pounds bike rides have contributed to around £1.95 million to the total raised for the campaign since its inception in 2009.

If you are tweeting about the ride, please use the hashtag #P4P10 and @madebycooper and the Club's official Twitter account, www.twitter.com/htafcdotcom, will retweet some of the best!


Plenty to do ahead of West Brom game