Huddersfield Town’s Pedal for Pounds 10 with Made by Cooper, ‘The Chairman’s Choice’, gets underway today!

This year’s ride will see over 200 cyclists go on a 323-mile European adventure to raise money for the Yorkshire Air Ambulance, the Town Foundation, Kirkwood Hospice and Ruddi’s Retreat.

Town’s Commercial Director Sean Jarvis is one of the 200 riders and when speaking to #HTTV, he explained what the general feeling is amongst the other cyclists.

“I think as we get closer to the Pedal for Pounds sendoff you get more anxious thinking have I done enough training.

“I was chatting to a couple of people yesterday and everyone’s excited about it but a little bit nervous! I only cycle once a year and that’s on Pedal for Pounds.”

Sean is one of five people who have taken part in the Pedal for Pounds since its inception.

Jarvis detailed why he loves to take part in them and why this one will be even more special.

“This will be my 10th and they are truly fantastic. They are very challenging, but the camaraderie and the atmosphere is second to none; it’s a really special event.

“Our Pedal for Pounds rides have been amazing for the last 10 years and have raised over two million.

“I’m excited about this one and being the 10th it’s the Chairman’s Choice; it’s flat that’s the key thing!”

Since the launch of Pedal for Pounds £1.95 million has been raised for local charities, making a big difference in the community!

“The causes this year are brilliant,” explained Sean.

“The Yorkshire Air Ambulance like the past nine years, then of course, Ruddi’s Retreat, the Town Foundation and Kirkwood Hospice. They’re great local causes.

“The more we can raise the better it is for all the charities.”

You can watch Sean Jarvis’ full interview below on #HTTV!

CLICK HERE to find out more about P4P10 with Made By Cooper, ‘The Chairman’s Choice’.

Town supporters can sponsor the cyclists! CLICK HERE to do so.

If you are tweeting about the ride, please use the hashtag #P4P10 and @madebycooper and the Club's official Twitter account, @htafcdotcom, will retweet some of the best! 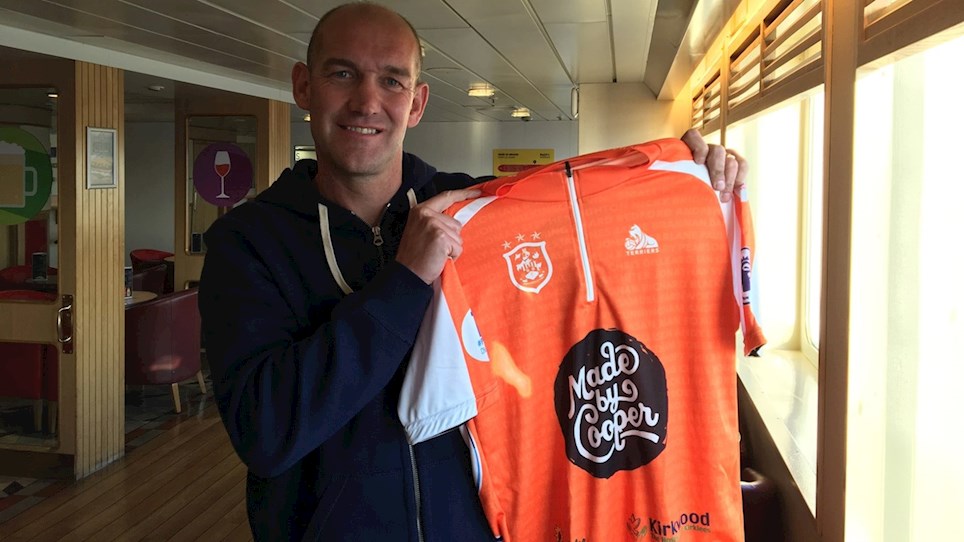