When speaking to the press, Town’s Head Coach ruled out three players for the match on Saturday, whilst also providing latest fitness updates on other members of his squad.

“There are three players I’m able, unfortunately, to rule out today; these are Tommy Smith, with his groin problem, but he’ll be ready next week, Terence Kongolo with his hamstring, he’s hopefully ready next week or the week after and Danny Williams, who has been in team training for the last two days, he needs further training.

“There’s a question mark over Isaac (Mbenza); he came back from international duty and his knee has a little bit of fluid, we have to treat him and see how he looks tomorrow. Ramadan Sobhi has been in training for 10 days and looks very good, but he was out for nearly six weeks, so I have to see whether we give him another week of training or a game with the Academy before we bring him into the squad – for this I have two further days to decide.

“Phil had treatment over the last few days and worked with our rehabilitation coaches. He will train today with the team and hopefully he’s fine after training. At the minute, all the signs are positive, that he’s available for Saturday.”

David Wagner has been praising his side’s performances for a number of weeks, especially following the draw against Burnley.

He went on to discuss why he’s confident his team will find its first win of the season soon.

“Of course, I see we aren’t scoring enough goals. I wish we would score more goal; this is the truth, but I’m able to see how we’ve performed,” explained David Wagner.

“I can see how the group reacts together, how the group works in training, how they try to take the ideas on board and how they perform consistently. They are able to make themselves independent from what isn’t working well. We have to be focused and clear what’s working well.

“Every game is a new chance, a new opportunity; we have one on Saturday at home. We’d like to try to use it even if we know it’s one of the top teams against one of the bottom three teams, but as we know in football everything is possible. Sometimes, football writes some great stories – no-one knows what happens on Saturday.”

This match will be the third-time David Wagner faces Jürgen Klopp on the touchline and explained it’s a fixture he’s certainly excited about.

“It’s a great game, it’s a game I really look forward to, it’s a game when the fixtures came out I had an eye on.

“It’s a special game for me personally, there’s no doubt about it, but it is for us as a football club! We face Liverpool – one of the biggest club’s in the world!”


Danny Cowley names an unchanged side for this afternoon’s game

CARLOS CORBERÁN ON USING HIS EXPERIENCE


New Head Coach on his footballing journey so far


Huddersfield Town’s home, away and goalkeeper kits can be pre-ordered 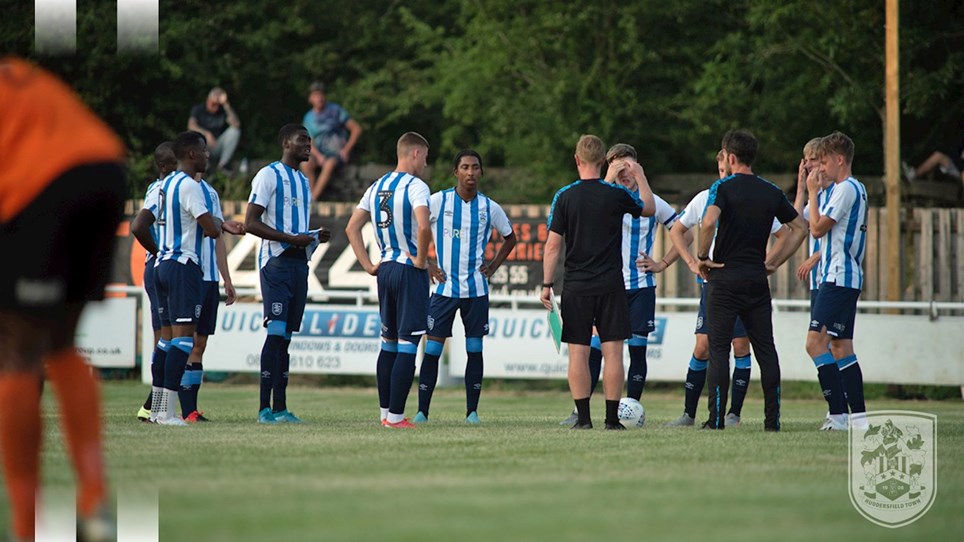 
Under-19s working on the physical elements of the game

U17 FRIENDLY AGAINST BARNSLEY ON 22 AUGUST


Another friendly confirmed for the Academy