The weather was a fair reflection of the result on a miserable afternoon in Hertfordshire as Town paid a heavy price for not making early first-half pressure count.

Roberto Pereyra and Gerard Deulofeu took advantage of a combination of missed chances and some poor defending to put two on the scoreboard from which the Terriers would be unable to recover. Isaac Success added a third late on as the wait for a first Premier League victory of the season goes on.

Jonathan Hogg captained the side on a ground where he appeared 84 times for the Hornets ahead of a move to HD1 in the summer of 2013. Another positive was the return of both Collin Quaner and Ramadan Sobhi to the bench after long absences away from the First Team squad.

Trips to Vicarage Road have brought with it a large number of goals in recent years, with a total of 16 scored on the last three visits north of the Capital.

A Rememberance minute’s silence was impeccably observed by both sets of supporters ahead of kick-off.

Town settled well in the early exchanges and took the lion's share of possession. A flurry of chances arrived as a result of necessary patience to break Javi Gracia's Hornets down.

Philip Billing's pinpoint cross-field pass found Erik Durm's run, and the German was denied only by a save down low from Ben Foster. Foster followed up by thwarting Aaron Mooy's powerful strike from the edge of the area with strong wrists and clutched at the second attempt with Laurent Depoitre lurking to tap home.

Alex Pritchard scooped over the bar seconds later; as once again the Terriers had made a bright start.

A brief moment of hesitation went unpunished as Durm cleared away at the crucial second to ensure Roberto Pereyra wasn't able to tap Isaac Success' teasing ball across the box into an empty net.

But a hesitation to tackle would ultimately make that bright start come crashing to a halt.

Pereyra waltzed through a number of Blue and White challenges before prodding past Jonas Lössl to hand the hosts a 10th minute lead.

Watford and in particular Will Hughes were an inch from potentially doubling that lead. Another last-ditch Erik Durm intervention nipped in to take the ball off Hughes as the midfielder thought he'd broke through the lines after a neat passing move from the right towards the central area.

Gerard Deulofeu took his chance to double the lead after Hughes fell short. The Spanish winger drifted past Chris Löwe to unleash a peach of a strike from an angle into the far corner to all but steepen an already huge mountain that the Terriers would have to climb to leave Hertfordshire with any sort of reward.

Chris Löwe immediately set about reducing the arrears. A thunderous left-footed strike rattled the cross-bar to spare the blushes of a stricken Foster.

Deulofeu continued to cause problems, this time cutting in from the left but could only watch as his effort trickled agonisingly round the wrong side of the post.

In truth, Watford's threat going forward was of an impressive nature, and Town looked shaky against an outfit buoyed by a morale-boosting victory at Wolves a week previous.

The Terriers had definitely upped their game after Deulofeu's second. Philip Billing's long-range strike looked to be sailing into the top corner albeit until Foster produced a decent diving save to divert away. From the set-piece, Laurent Depoitre gained a yard on his marker but could only head wide of the target.

That man Deulofeu may well have doubled his own personal tally as the second half resumed.

An ex-Barcelona graduate, Deulofeu beat the offside trap to race through and round Jonas Lössl, although the finish was to be desired as the resulting chip floated wide.

As a succession of corners bound for the head of Depoitre failed to materialise, Deulofeu curled wide once more to remind the Terriers that any lapses in concentration would leave them on the edge of the encounter being over before the hour mark.

A Watford third was close to killing the game off well and truly, but a scintillating sequence of passing and movement drew to a close thanks to the agility of Jonas Lössl to dash off his line and smother.

Still, Town refused to be beaten without a fight. An excellent recovering tackle from Craig Cathcart halted Alex Pritchard's clear route to goal, and Aaron Mooy's low cross from reception of the loose ball was met by Mbenza only to be comfortably held by Foster.

David Wagner aimed to inject a further spark to his side in the hunt to seek an unlikely reward by throwing on the duo of Steve Mounié and Ramadan Sobhi.

A third goal for the home side ended all slim hope of a comeback.

A diagonal ball found Kiko Femenía who'd snuck in round the back of the Town defence. The right-back cut across the six-yard box to Isaac Success who couldn't miss from a yard out. 3-0; game, set and match.

Town return to action next weekend on the Monday Night Football, where Fulham is the visitor to the John Smith's Stadium (Monday 5 November 2018, 8pm KO). 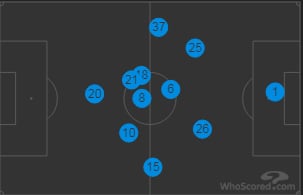 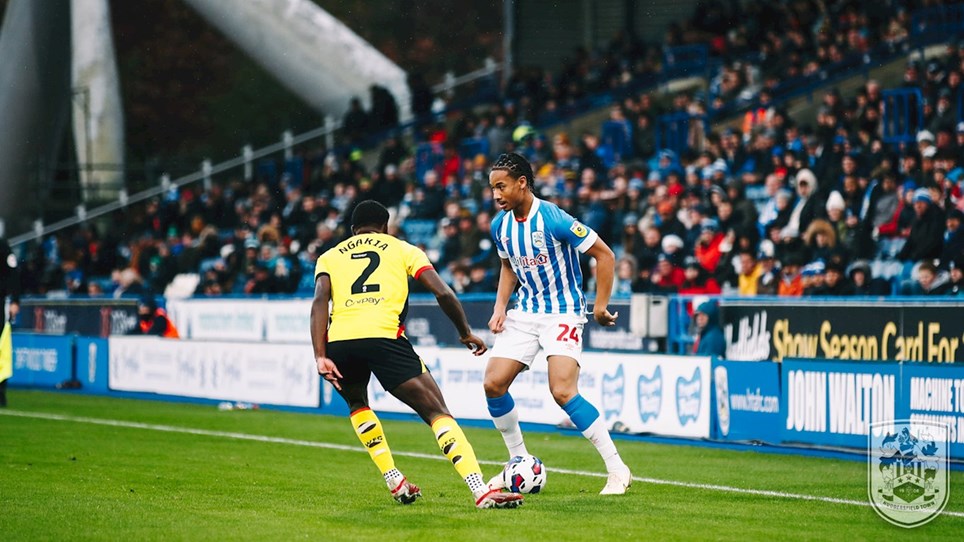 
Defeat at home in the Sky Bet Championship