Huddersfield Town’s next Premier League outing is trip down south to face Watford on Saturday 27 October 2018.

The Terriers will face the challenge of Javi Garcia’s men in the 3pm kick-off at Vicarage Road.

The Hornets began their Premier League campaign with a bang, winning their first four fixtures including a 2-1 victory over Tottenham Hotspur, propelling them into third position in the league.

However, since that point, Watford has won one of the Club’s last five games in the Premier League; that came last weekend in a 2-0 win over Wolverhampton Wanderers.

Javi Gracia’s side currently sits seventh in the Premier League table, with 16 points from nine games.

The Hornets have averaged 1.4 goals per game so far this season and has the average possession of 45.9%.

Town has won its last three league games against Watford – all under the guidance of David Wagner – two in the Premier League and one in the Sky Bet Championship.

The Terriers’ last win at Vicarage Road came on 16 December 2017 as Town came out 4-1 winners thanks to a double from Aaron Mooy and strikes from Elias Kachunga and Laurent Depoitre.

Signed in 2015 from Tottenham Hotspur for a reported fee of £8 million, Etienne Capoue plays a key role in the heart of Watford’s midfield operating alongside Doucouré in a deeper role. The midfielder scored in the Club’s 2-0 win over Wolves and got his only assist of the season in a win against Crystal Palace. 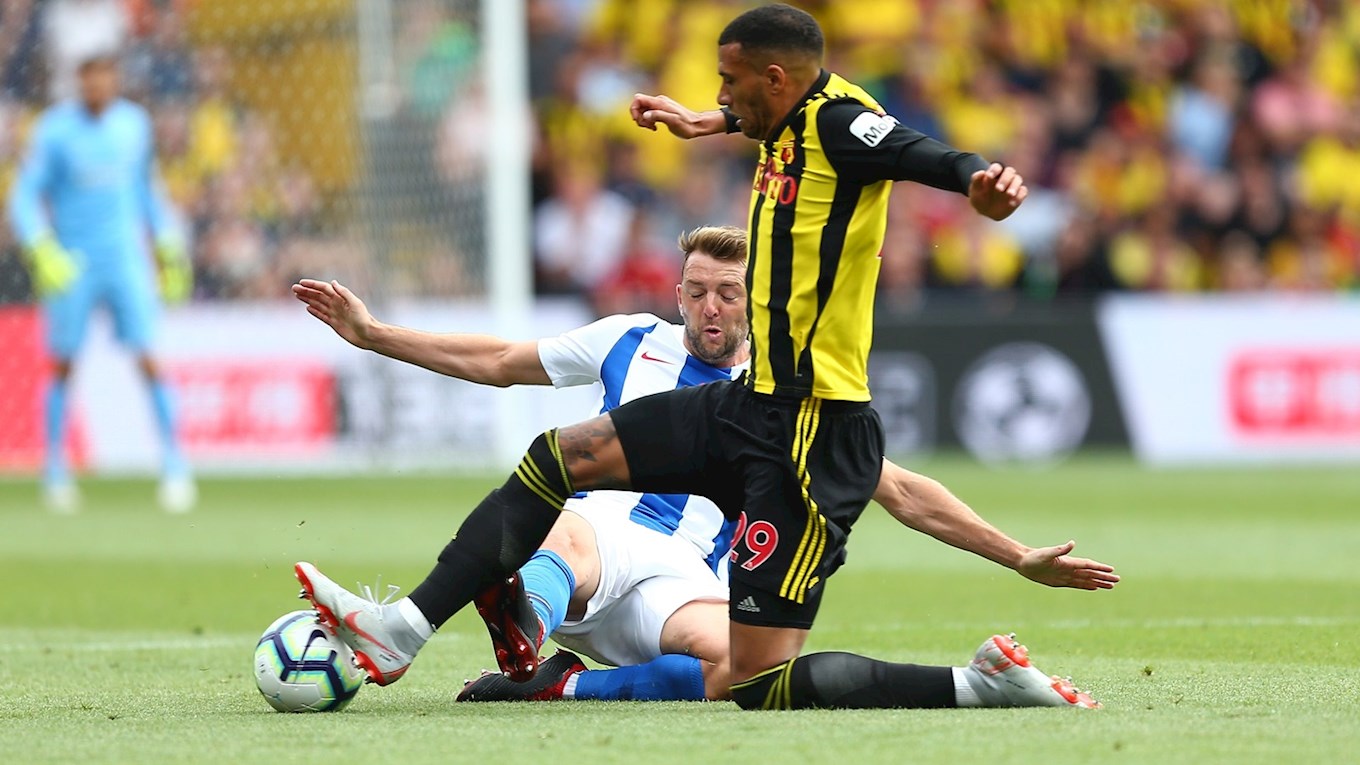 Capoue’s partner in midfield has also hit a cracking run of form as of late, grabbing both assists in Watford’s 2-0 victory over Wolves. He has four assists in total so far this season, and the 25-year-old could be a creative threat this weekend. 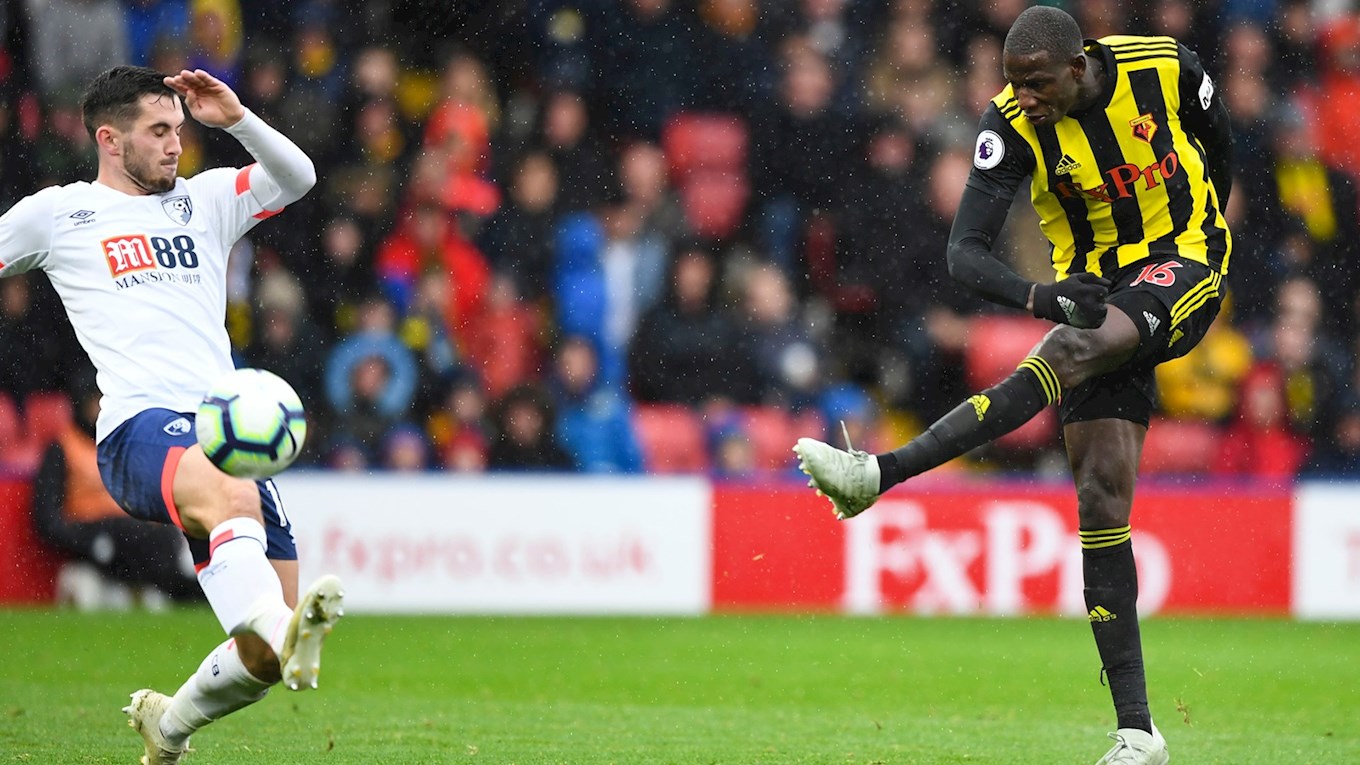 Another goalscorer from Watford’s last Premier League win, the Argentinian attacking midfielder is one of the Hornets most creative players going forwards. With four goals this year, he is only one goal away from his total tally from last season. 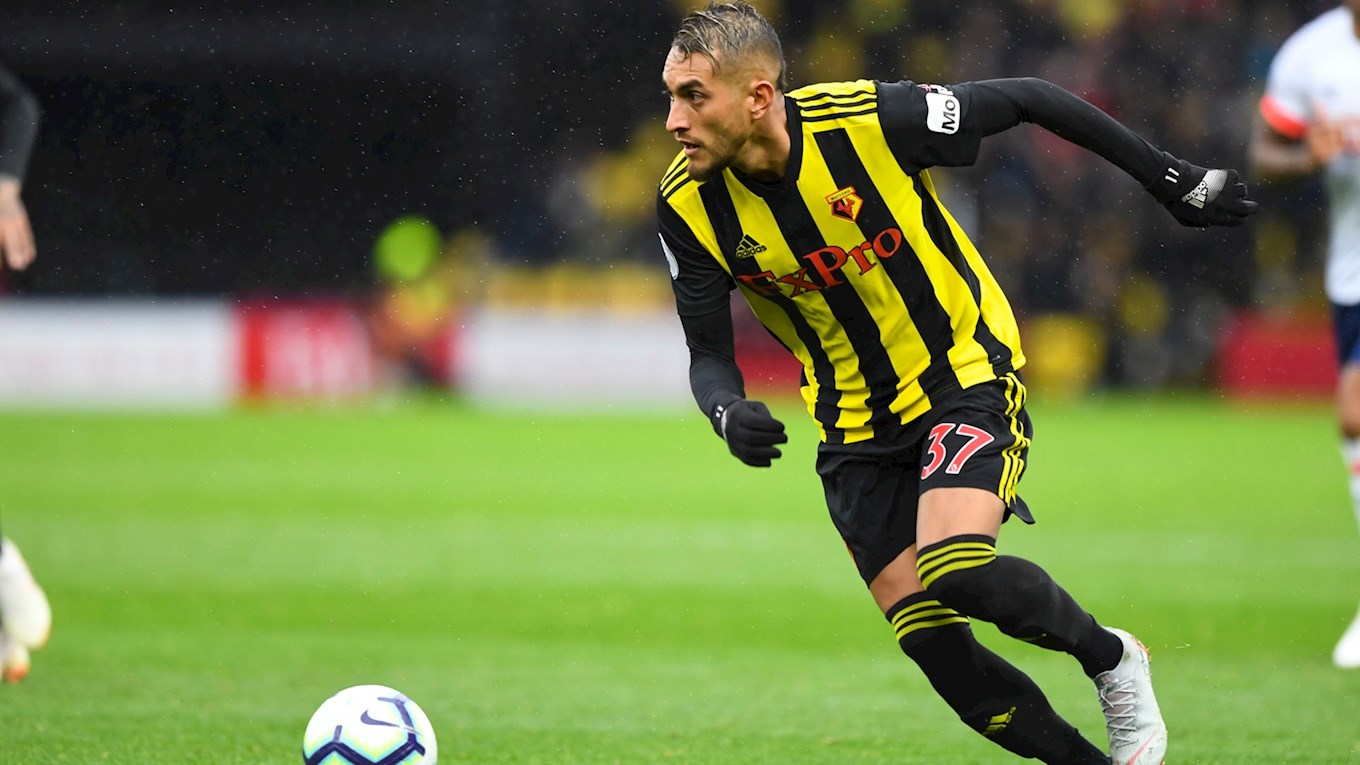 All tickets for Town’s match against Watford away are sold out.

Town will be wearing the famous blue and white stripes at Vicarage Road and each shirt will include a poppy. Similarly to this game, the Terriers will wear poppy shirts at Town’s remembrance game against West Ham United.

Chief Executive Julian Winter will be at The Flag in Watford on Saturday 27 October 2018 from 12.30pm to answer your questions on anything Huddersfield Town ahead of the Club’s match against the Hornets.

Are you travelling to Vicarage Road? Check out Watford's visiting supporters guide by CLICKING HERE!