165 Huddersfield Town supporters took on the challenging weather conditions and terrain to take part in the Wilson Walk, raising money for the Yorkshire Air Ambulance and the Alzheimer’s Society.

The walk, which was sponsored by Lister Horsfall, took place on Saturday 6 October 2018 before Huddersfield Town’s fixture at Burnley’s Turf Moor. The event paid homage to the late HTAFC legend Ray Wilson MBE, with members of the Wilson family supporting by taking part.

“It was an early start in tricky conditions, but everyone involved left with a great sense of achievement, what a great thing to have done for the charities in honour of Ray Wilson!

“On behalf of everyone involved, I would like to say a huge thank you to everyone who took part and anyone who has sponsored and donated money to the causes, they are both so deserving.”

“I’d also like to say a big thank you to all of our sponsors, events like this just could not go ahead without them so thank you to Lister Horsfall for being our main sponsor. Also to Viessman, One17 Design, Total Food Service, Kudos, Ice Valley and Secret Garden Café. You all made today possible.

“A final word to the volunteers too and everyone that gave their time to the Wilson Walk, it ran smoothly throughout the day and we really appreciate your support.” 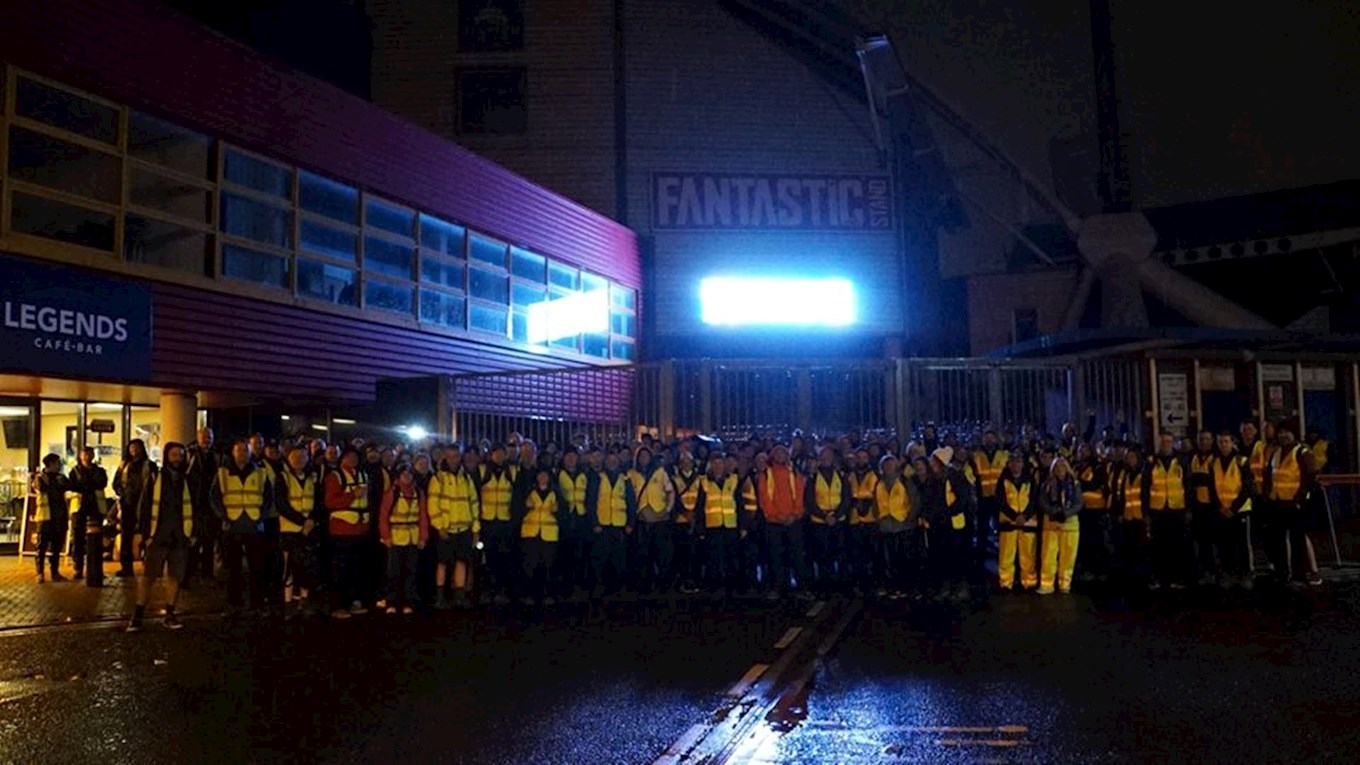 The walkers set off at 4am on Saturday 6 October from the Legends Café Bar at the John Smiths Stadium, with catering partner KUDOS providing tea and coffee to everyone on arrival.

After a safety briefing from Andy Booth, the participants were ready to get going! Armed with hi-vis jackets and torches they journeyed on to Fartown and then Elland onto the canal path.

Yorkshire’s terrain proved difficult within the first few miles, a lot of hills, a lot of wind and a lot of rain! The group were greeted with sausage and bacon sandwiches from the Secret Garden Café at the first check point. Some sore feet and blisters had already started to surface but did not deter these strong-willed walkers.

The last stop was at Todmorden College with ONE17 Design’s ‘Team Tea’ handing out hot soup and drinks. The end point was at Burnley Cricket Club where YAA volunteers and Town fans gave the walkers a warm reception before the match which saw the Terriers draw 1-1 with the Clarets.

“We are enormously grateful that Huddersfield Town supporters, inspired by the memory of England and Town legend Ray Wilson who sadly died with dementia, are uniting with Alzheimer’s Society to help us defeat dementia.

“Dementia is the UK’s biggest killer – someone develops dementia every three minutes, with 1 million set to develop the condition by 2021.

“Sadly, dementia devastates lives, but every pound raised through the trek across the Pennines to Burnley will help Alzheimer’s Society provide vital information and support, improve care, fund research and create lasting change for people affected by the disease.”

“We are so proud of our partnership with the Club and this was another great event to be part of. Thank you to everyone who took part and supported!”

You can still sponsor the incredible by going to our Just Giving page HERE or texting KIUC83 £5 to 70070! 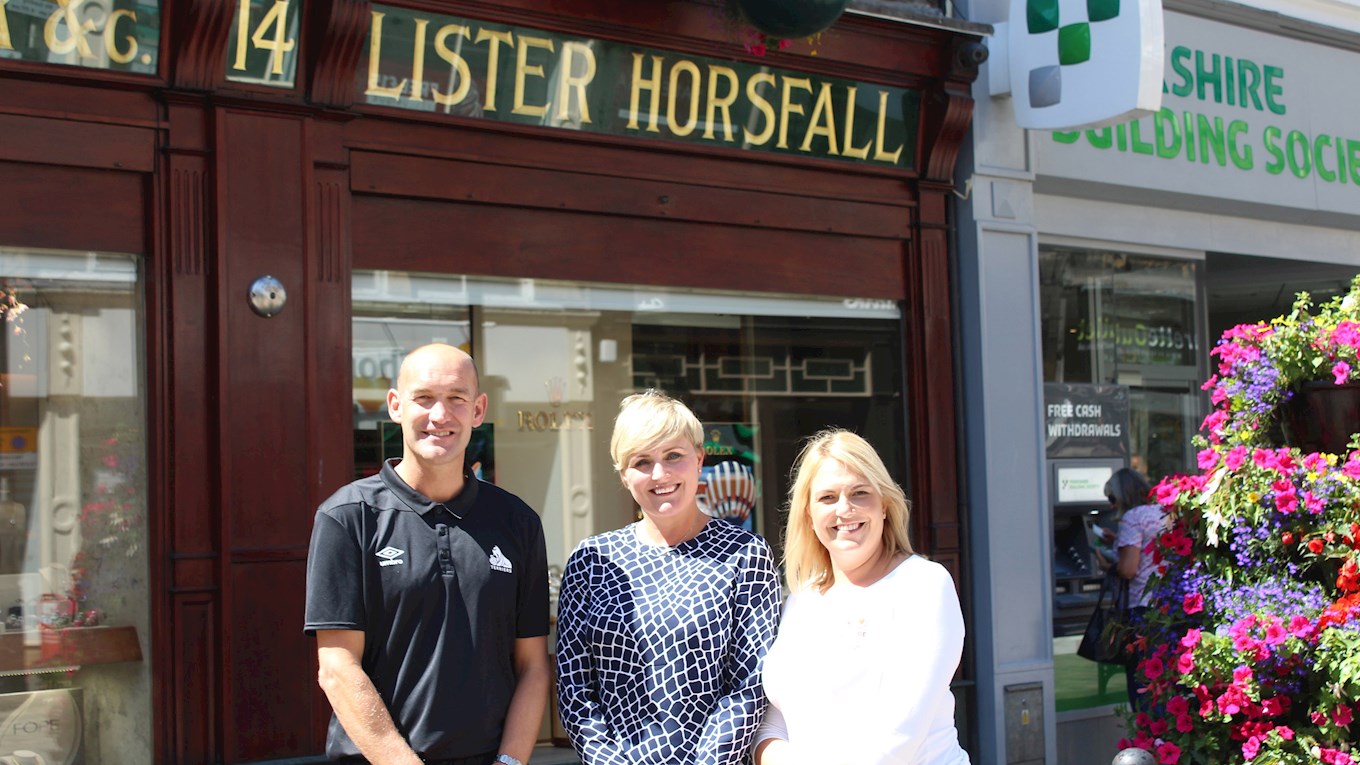 The sponsor of this event was Lister Horsfall (pictured above) who are a family run business now in its fourth generation, founded over 115 years ago. Established in Halifax town centre in 1902, with a sister store in Ilkley, the shops have become synonymous with quality and exquisite craftsmanship. Whether it be fine jewellery and diamonds or one of the best selections of quality Swiss watch brands in the North of England, their team of experts can guide you to find the perfect piece for all occasions.