Take part in Monday’s Golden Gamble draw for a chance to win this unique prize!

- Half-time Golden Gamble draw against Fulham
- You could win the £1,000 prize as well as the £1,750 rollover!
- Signed Town merchandise is the Golden Ticket prize

You could walk away from Town’s Premier League game with Fulham £2,750 better off by purchasing a Golden Gamble ticket – and there’s an extra-special Golden Ticket prize!

For as little as £1, you could walk away with the first cash prize of £1,000 and have the chance to win a further prize on the ‘Take Your Pick’ prizes, which includes the £1,750 rollover.

If your ticket is drawn, you will instantly win the first prize of £1,000 and then be invited pitch side at half-time when you will be invited to play the ‘Take Your Pick’ game, which includes the cash rollover and other Town goods. 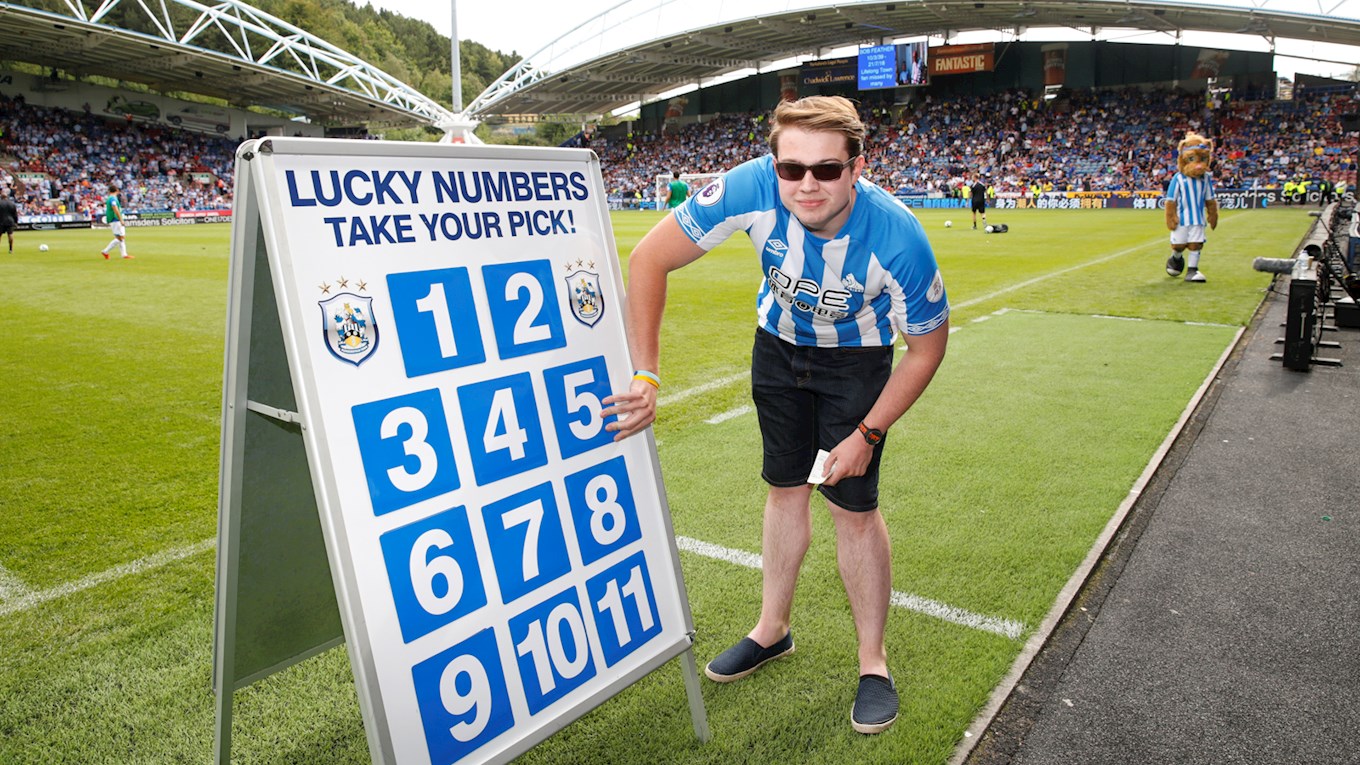 There will be three £100 runners-up prizes against Fulham, as well as the special Gold Ticket prize.

This week, Town fans who have purchased a Gold Ticket have the chance to win signed merchandise!

David Wagner and his First Team squad have specially signed a ball and shirt for this draw.

To be in with a chance of winning that incredible prize, you must purchase five tickets for the Golden Gamble draw.