Town to pay tribute to fallen Town players during WW1

Huddersfield Town is proud to use the Premier League fixture against West Ham United as the Club’s annual Remembrance Game.

Town will make several tributes to honour the work done by the Armed Forces and remember those who have given their lives protecting our country.

Please look out for collectors from the Royal British Legion around the John Smith’s Stadium on Saturday (10 November), who are taking donations towards their great cause.

You may have noticed the remembrance banner that is hung outside Revell Ward Lower Tier turnstiles 13-16; please feel free to pin a poppy onto the banner as a token of your support for the armed forces.

Furthermore, Club Chaplain Dudley Martin is on hand to read a Remembrance Poem written prior to the Made By Cooper P4P9 bike ride at intervals from 1pm to 2.45pm.

There will be a video of the P4P9 cyclists on their journey to visit the memorials of the HTAFC players killed in WW1 on the big screen pre-match.

Before kick-off, Dave Horan, cornet player for Terrier Brass, will also play ‘The Last Post’ on the pitch prior to the minutes silence, which of course, will be observed at the John Smith’s Stadium.

Supporters in the LV=Britannia Rescue Stand need to play their part, too! When the teams emerge from the tunnel, please hold up the carrier bag on your seat to help form a poppy display across the stand. After the game, please take the bag with you too!

Both captains will also place wreaths on the centre circle in tribute to those lost in armed conflict.

Free tickets have also been given away to representatives of Huddersfield Veterans, so they can attend the special fixture, whilst members of 150 Provost Company 1st Regiment Royal Military Police will be guests of honour on the afternoon. 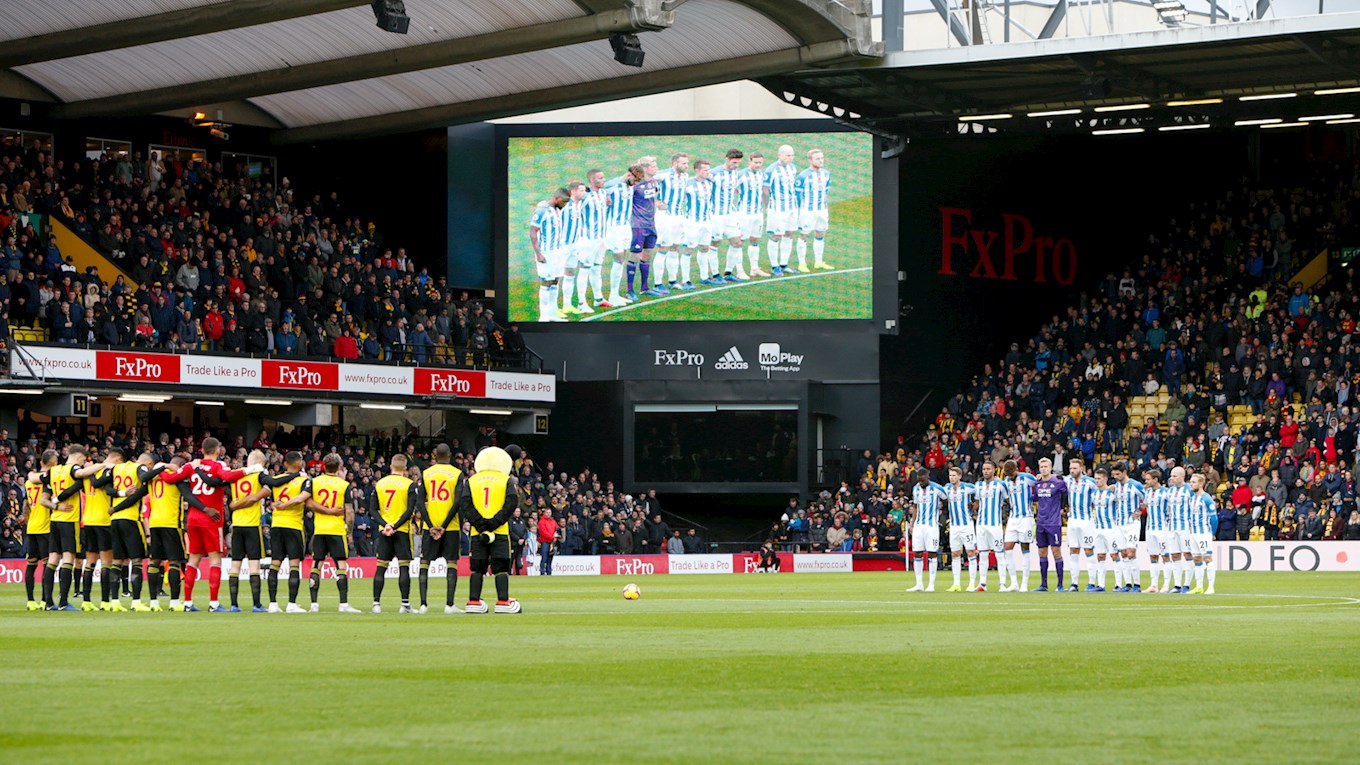 The poppy emblems placed on the shirts of the Town players will be auctioned off by the Royal British Legion after the game to raise vital funds.

Additionally, special poppy bin badges featuring the Town crest are still available via the Royal British Legion online poppy shop, so you can support both Huddersfield Town and our fallen heroes on Saturday.

They are available for purchase from the Royal British Legion shop here:
https://www.poppyshop.org.uk/huddersfield-town-2018-poppy-lapel-pin.html. 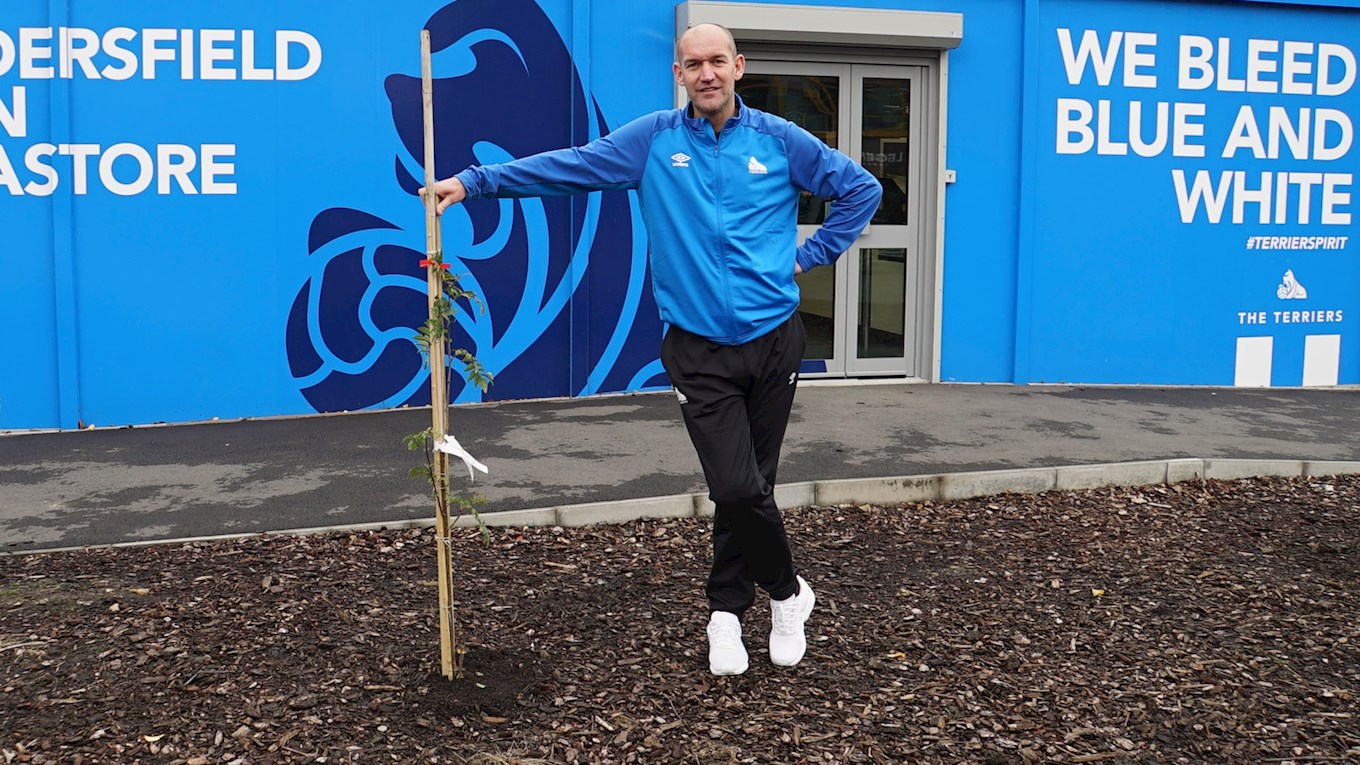 Not only this, the Club has also taken the opportunity to create a living legacy by planting trees outside the John Smith’s Stadium (shown above) with commemorative plaques on, in tribute to players who lost their lives in the First World War.

The ‘For Club and Country’ project has been operated in partnership between the Woodland Trust, the National Football Museum and the Premier League/EFL.

Clubs that lost men in WWI received a number of trees corresponding to the number of men lost, as well as a commemorative plaque, which will highlight the contribution that football made to the war effort, as a tribute.

You can watch a video about the project at: https://www.forclubandcountry.org.uk/Fundraisers/england. 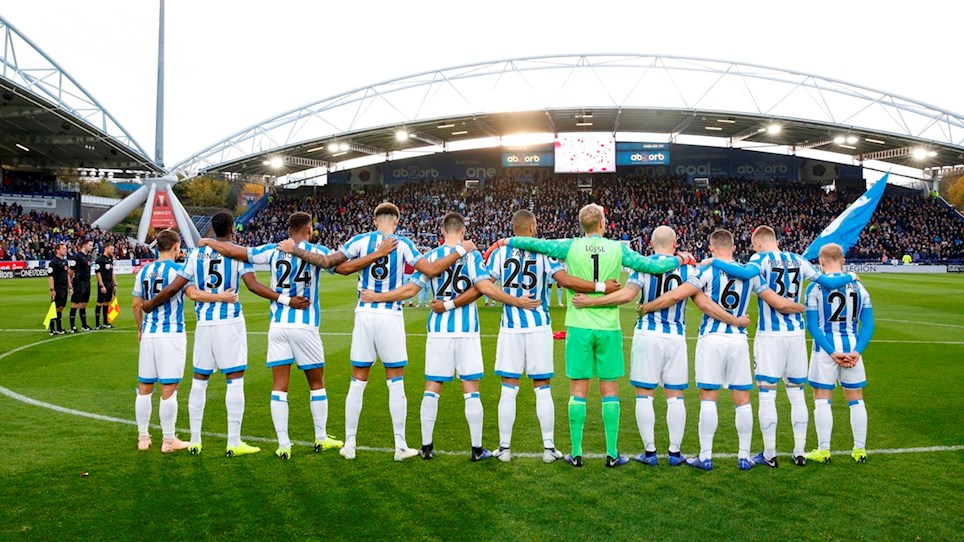