Huddersfield Town held its annual Remembrance Game against West Ham United on Saturday 10 November 2018 and carried out a number of activities to pay tribute to those who lost their lives fighting for our freedom.

Town fans purchased special poppy pin badges featuring the Town crest, which sold out in Town’s Retails Outlets, whilst supporters in the Revell Ward Lower Tier contributed to a remembrance banner by pinning a poppy onto the banner as a token of their support for the armed forces.

This special banner was placed behind Club Chaplain Dudley Martin, who read a Remembrance Poem written prior to the Made By Cooper P4P9 bike ride between 1pm to 2.45pm.

During the game, the supporters also had a big impact on helping Town create a magnificent display that paid homage to the work done by the Armed Forces as the players entered the pitch. 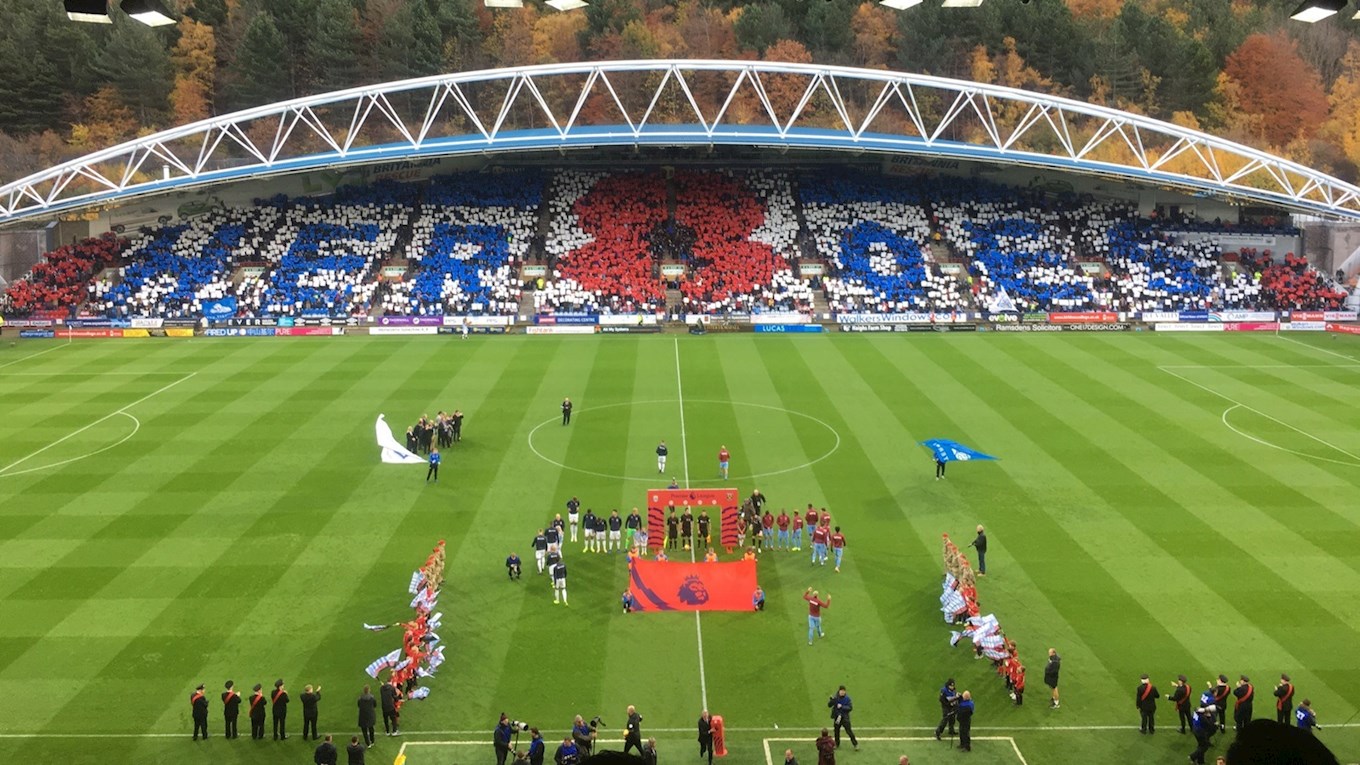 Just before the special display in the stands was shown, a video of the P4P9 cyclists on their journey to visit the memorials of the HTAFC players killed in WW1 was also on display on the big screen.

Both captains placed wreaths on the centre circle in tribute to those lost in armed conflict, before, Dave Horan, cornet player for Terrier Brass, played ‘The Last Post’ on the pitch during the minute’s silence, which was observed silently by everyone in the ground. 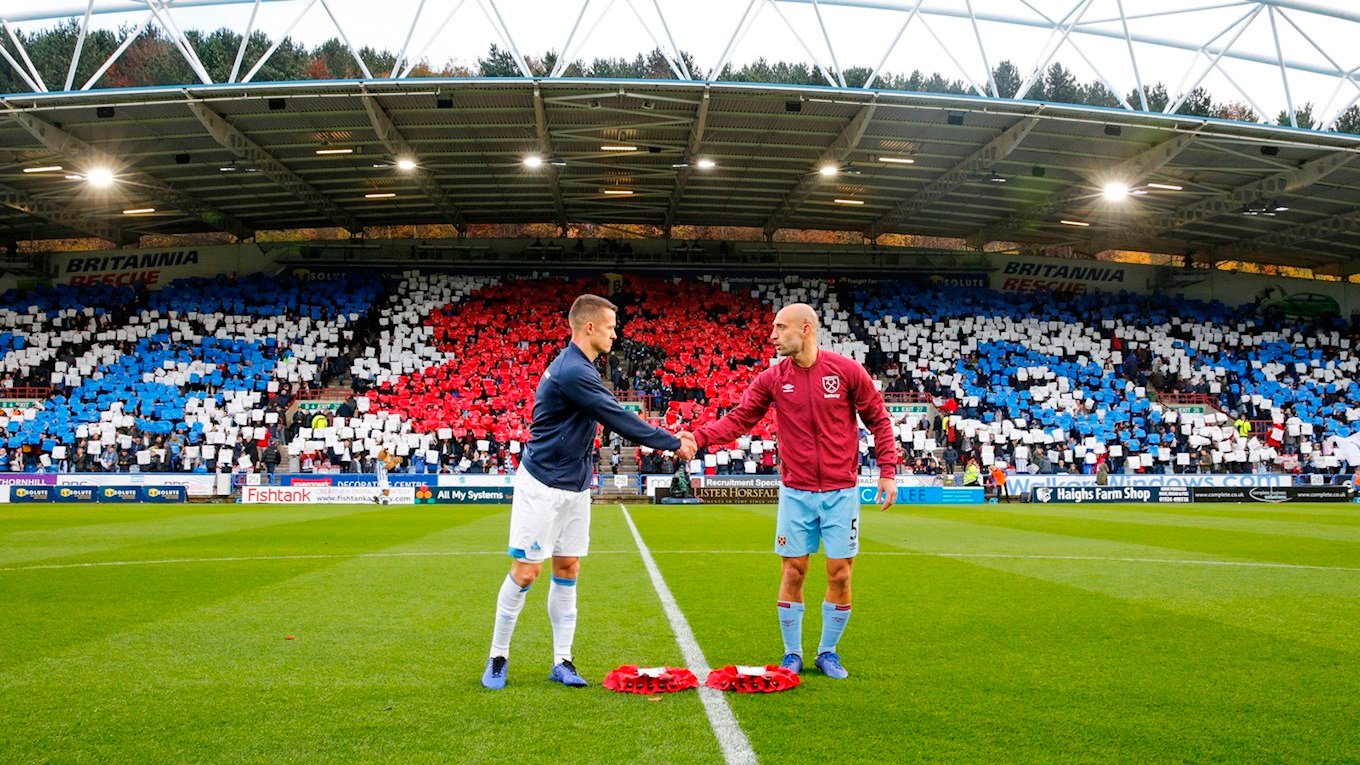 Representatives from Huddersfield Veterans came on the pitch pre-match for minute’s silence and stayed to watch the game after the Club gave them free tickets, whilst members of 150 Provost Company 1st Regiment Royal Military Police formed a guard of honour on the afternoon. 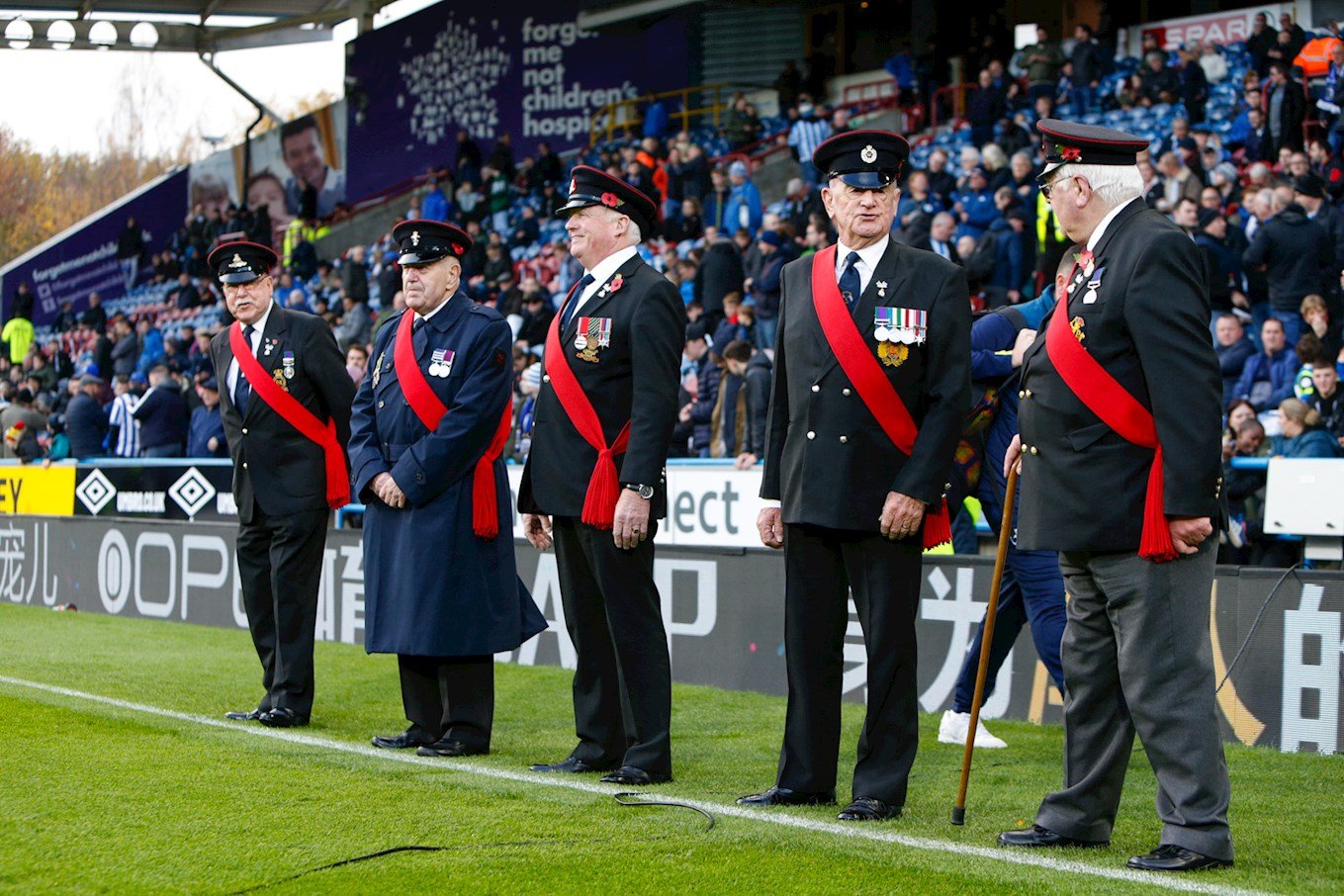 Town players also wore poppy emblems on their shirts during the game, which will be auctioned off by the Royal British Legion to raise vital funds. More information on this will be revealed shortly.

“I just wanted to say thank you so much for making a great success with all the Remembrance Activity that took place and for once again, agreeing to wear the poppy in support of our Poppy Appeal. It was fantastic to see Huddersfield Town’s support.

“From match day collections, stadium branding, commemorative coin tosses to armed forces personnel on the pitch, it was truly a great job by all at the Club, so thank you to everyone who made it happen in this very special year.”


18 Huddersfield Town items to bid on!

TOWN FOUNDATION LOGO TO FEATURE ON SHIRT AT STOKE CITY


Club’s progress in the fields of Equality, Diversity and Inclusion acknowledged


The key moments from the game at the Madejski Stadium