- Pick up your copy of The Terrier ahead of the West Ham match
- 84 pages of interesting, in-depth features
- Remembrance issue goes into detail about football during the war

This weekend’s copy of The Terrier looks at football during World War II. With normal Football League suspended, local leagues were allowed, albeit with certain provisos. We look in depth at the campaigns during the war, including key players and games that enabled Town to start planning for the future.

Sticking with them theme, the programme includes a report from the ‘Leeds Mercury’ about Town’s victory over Barnsley on 9 November 1918. It was the last game Town played before the Great War Armistice was announced two days later.

There’s also a feature on Deptherapy – a charity that is rehabilitating veterans who are suffering from life changing physical and/or mental injuries through specially designed Scuba Diving programmes. 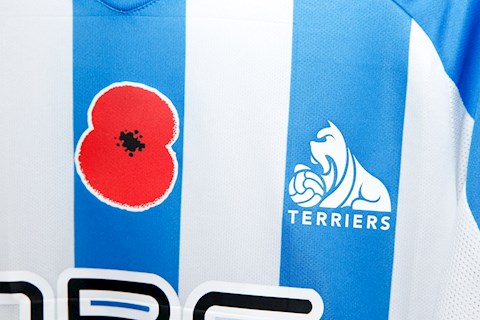 Jon Gorenc Stanković tells us which sporting event he’d like to see in the ‘Past, Future, Present’ feature, and Ben Hamer tells us who the best singer in the squad is in ‘My Teammates’.

Not only this, but former Premier League defender and pundit, Danny Higginbotham, gives an insight into what Town are up against on Saturday against West Ham United.

You can purchase a copy of the special programme from around the John Smith’s Stadium, the Stadium Superstore and from the PPG Canalside Fanzone.

The programme, printed by Ignition, will cost £3.50 for 84 pages of exclusive Town content ahead of the 3pm kick-off at the John Smith’s Stadium.