Former Town midfielder Darren Bullock made his way onto the John Smith’s Stadium pitch to draw the following numbers: 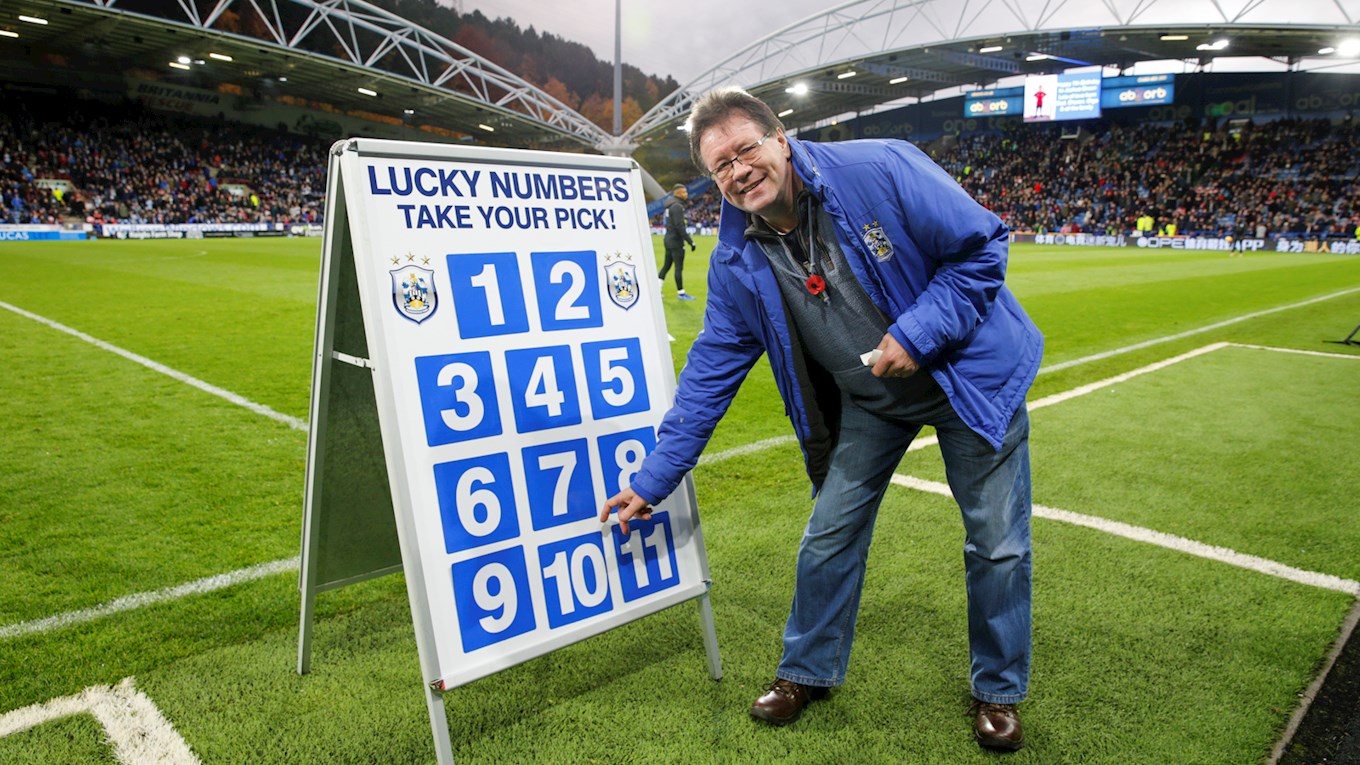 Gavin (above) made his way pitch-side to take part in the ‘Take Your Pick’ game and won a Terrier Cushion! As the cash rollover wasn’t won at half-time, it will now rise to £2,250 for the Terriers’ game against Brighton & Hove Albion on Saturday 1 December 2018.