After learning off David Wagner and the First Team coaching staff, Dean Whitehead will now undertake his role as Huddersfield Town’s Under-17s Coach on a full-time basis.

Over the summer Deano transitioned into a coaching role and began working with Town’s Head Coach.

However, after rounding off his practical experience and working with the Under-17s on some occasions, the former midfielder will now step up his involvement in the Academy as planned.

“I’ve had all the help and tools to go and learn and take on board everything from the Head Coach, Christoph (Bühler), Hughesy (Andrew Hughes), and the analysts.

“Everything has helped me learn what I need to do to step up into a coaching role with the Under-17s.”

After working with David Wagner as a member of his playing squad and coaching staff, Deano believes he has the right experience to help develop the youngsters, like Mark Hudson did this time last season.

“Huddy and I have been here since the Head Coach arrived and we’ve been here throughout the transition of him coming in and turning us into what we are now.

“We both know exactly how the systems work, so it’s good for us to now stamp our authority on the young boys and help them understand everything more quickly. This will help them to continue progressing and developing as players.

Once the Young Terriers arrived in the building, Academy Manager Leigh Bromby began to work with them on the Terriers Identity and after working with them on-and-off for the last few weeks, Deano has been closely monitoring their progress.

“I’ve really enjoyed this role so far. They’ve taken all the information on board, which is quite a lot to be honest, to learn how we want to do things.

“There’s been a lot of improvement in the last five/six week, I think, individually and collectively.

“Obviously, some players will take it on more than some players, but that’s football. I’ve really enjoyed it and hope I can help their development even more.”

Dean took charge of the Young Terriers’ last match as they were beaten 3-1 by Grimsby Town, however, the Coach explained to htafc.com why the scoreline didn’t reflect the overall game.

“I think it was the best performance they’ve put in since I’ve been in charge, if I’m honest.

“In possession they did everything I asked them. We were playing through the lines, we were brilliant with the ball, to be honest.

“Out of possession we were the same, but at this age you do make mistakes and errors, and ultimately those are costing us goals at the moment.

“If we can start to eliminate them more, this group, I guarantee will start to win games, even in the Under-18s league.

“Grimsby played a full team of second years against our young boys, so we can take a lot of pride and positives out of that performance.” 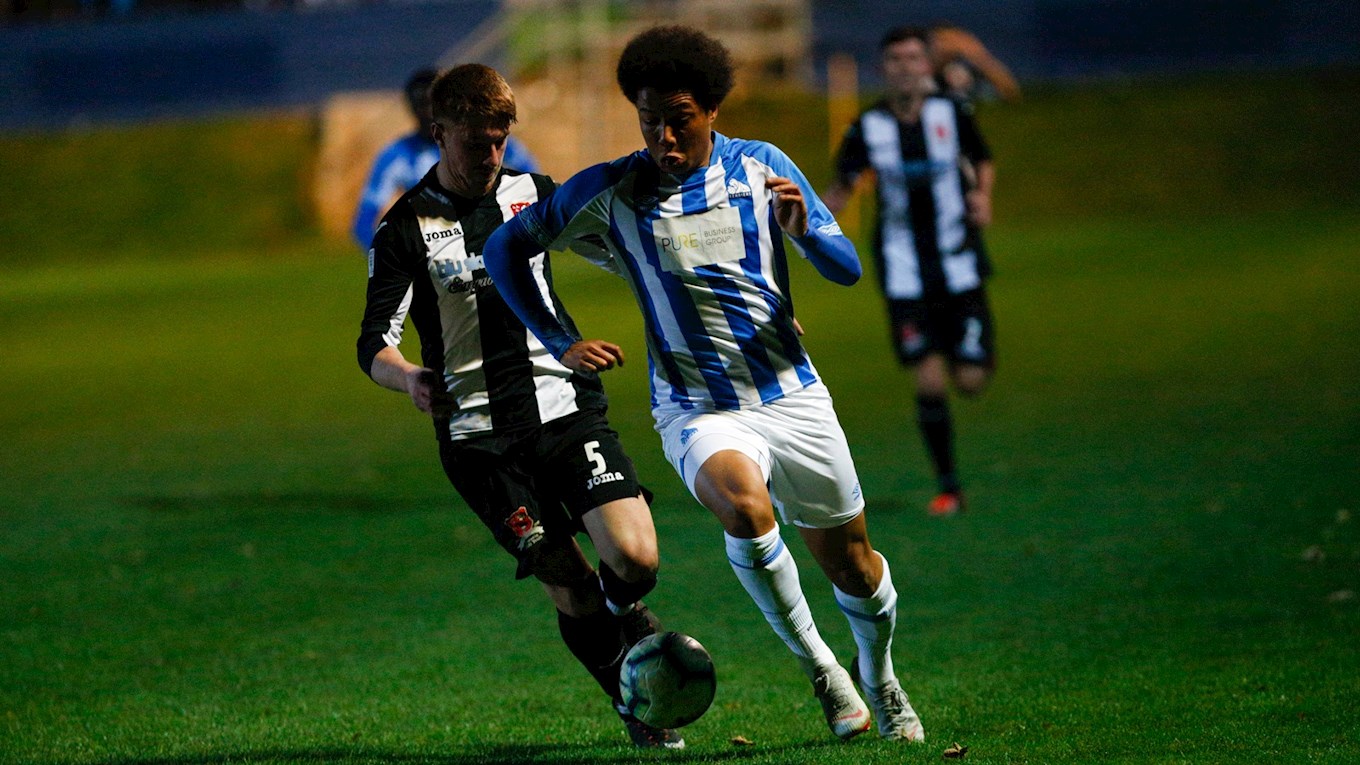 Town’s Under-19s side was also in action over the weekend as it was beaten 3-1 by Norwegian side Drammen FK.

Although the Young Terriers were defeated by Norwegian visitors Drammen FK on the day, the game was useful for the likes of trialist goalkeeper Luka Nakov, defender Jake Barrett and striker Kit Elliott, who all needed minutes; the latter two after recent injuries.

Striker Kit Elliott scored Town’s only goal of the game, which you can see below on Twitter!

⚽️ Striker Kit Elliott scored a penalty for @M_Hudson5's side as the #YoungTerriers were beaten 3-1 by Norwegian visitors @DrammenFK.

👍 Despite the defeat, the game was useful for #htafc's Under-19s side as many youngsters gained valuable minutes on the pitch.

Mark Hudson’s side is back in action tomorrow (Tuesday 27 November 2018) away at Evo-Stik Northern Premier League side Gainsborough Trinity.

The match will kick-off at 7.45pm and will take place at Gainsborough’s The Northolme Stadium.

The game promises to be just the kind of test that Mark Hudson will want for the Young Terriers against a good senior side.

If you cannot make it over to Lincolnshire for the game, you can watch it LIVE for FREE on #HTTV, Town’s official channel on YouTube. Simply head over to youtube.com/officialhtafc to watch the full 90 minutes!

Thanks once again to our friends at Proper Sport for making the stream possible.

Live updates from the game will also be available on Twitter via @htafcAcademy.