Town fans can vote for Aaron Mooy to win the award

Huddersfield Town midfielder Aaron Mooy has been nominated for the PFA Fans’ Player of the Month award following a string of impressive performances during November.

The Australian international played a pivotal role for the Terriers over the last month as David Wagner’s side remained unbeaten picking up seven points from three games. 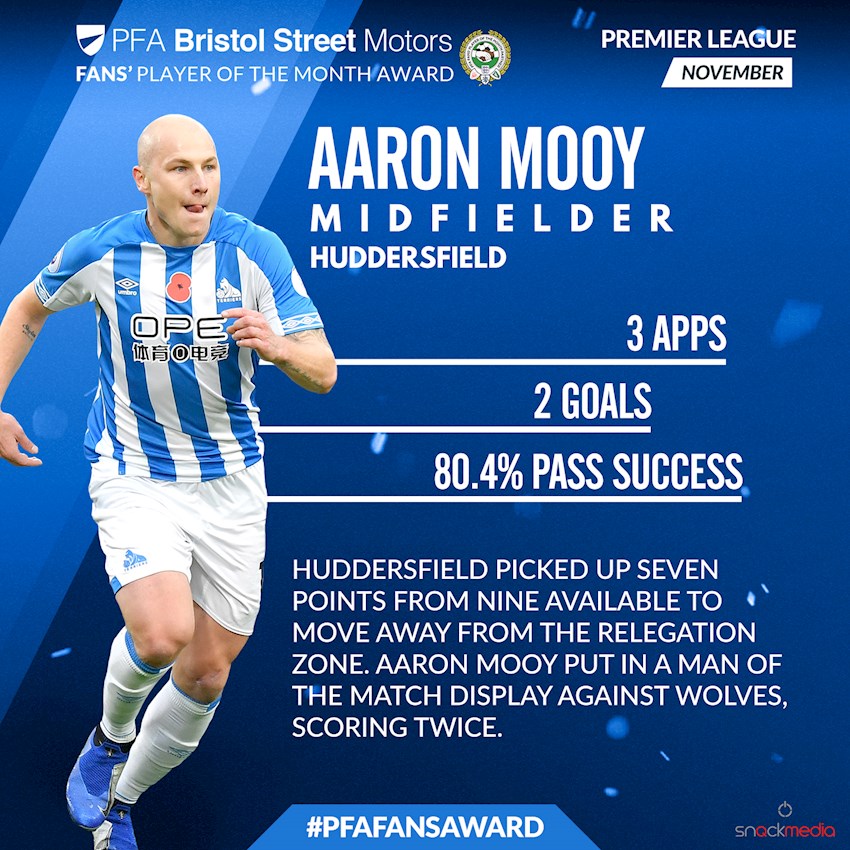 Alongside that, Mooy grabbed his first two goals of the season in a 2-0 win over Wolverhampton Wanderers. The 28-year-old expertly placed the ball into the bottom corner from 20 yards out after six minutes, before doubling the Club’s lead late on bending a free-kick into the bottom corner.

Huddersfield Town fans can now vote for Aaron to win the award!

This is your chance to help Aaron win the award! You have until 8am on Monday 3 December 2018 to vote.

VOTE FOR B&W NOVEMBER AND DECEMBER PLAYER OF THE MONTH


Blue and White voting for November and December is now open