The summer renovation work on the pitches at the John Smith’s Stadium and at PPG Canalside is well underway ahead of Huddersfield Town’s second ever Premier League season.

With the 2017/18 top-flight season over and David Wagner and his First Team squad on their summer break, the ground staff at both the Stadium and the Training Ground have been working hard to get the pitches in pristine condition for the upcoming season.

The tractors and trailers were on the pitch at the John Smith’s Stadium just four days after Town’s final Premier League game of the season as work began to relay the pitch.

Like 15 other sides in the Premier League, Town’s pitch uses Desso technology, which is a mix of natural grass and plastic strands; this helps to make the pitch more durable.

“The work involves taking off the top layer of organic matter, leaving the Desso plastic in the ground.

“Holes will be dug to aerate the mid-layer soil and then tons of sand and tons of soil mix will be laid and the pitch re-seeded.” 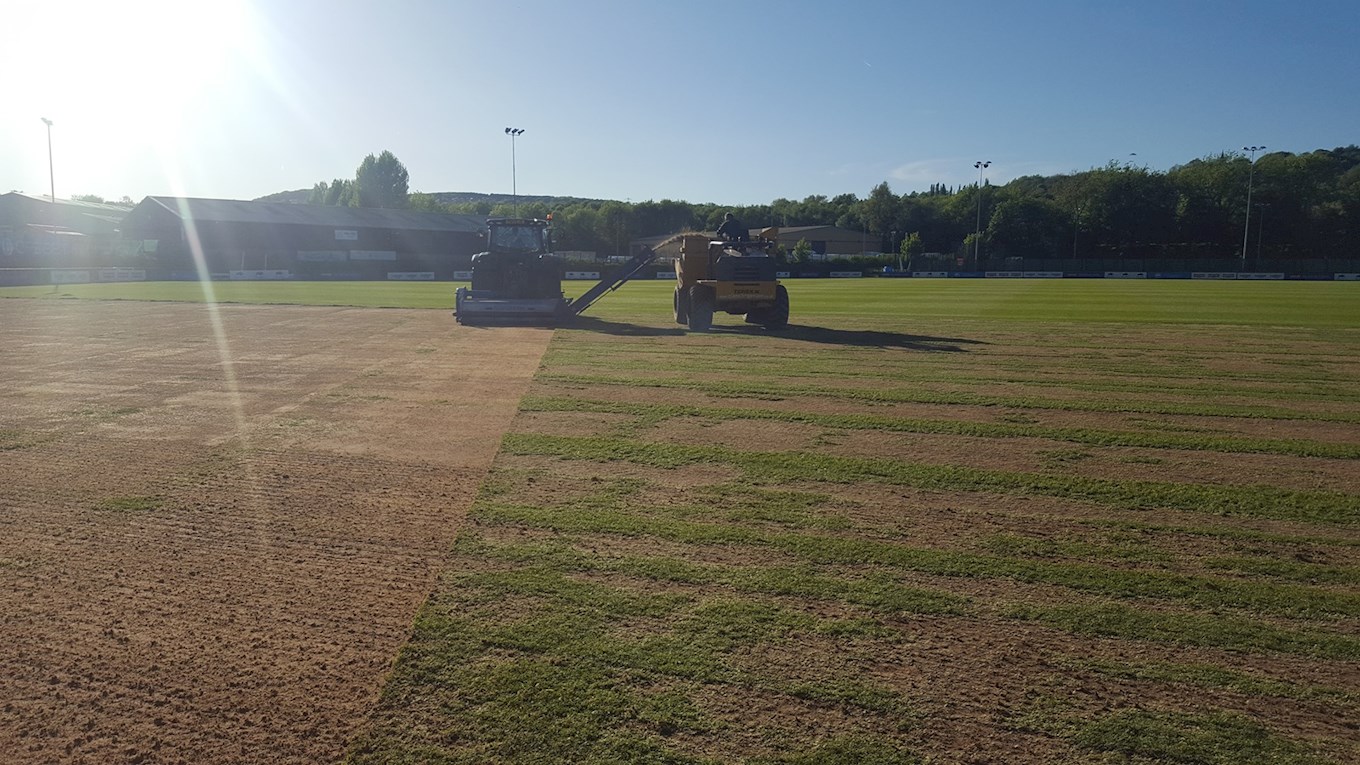 Similar work, without the use of Desso technology is also happening at the Club’s PPG Canalside Training Ground!

Like at the Stadium, one pitch has been completely relayed, whilst another has been carefully and tactically renovated by Head Groundsman Rob Ellis and his ground staff who will have it ready for when the players return for pre-season training.

A number of different machines have been used to treat the pitches, starting with a Koro machine, which scarifies the ground (removing all the dead grass and cleaning the surface).

Following that, a Vibra Sandmaster was brought in to help with the drainage of the pitch. In simple terms, it helped to incorporate 400 tons of sand into the pitch profile.

Once that was complete the pitches were spread with a ton of grass seed and a fertiliser was applied.

“During the off-season we have worked incredibly hard to renovate the pitches and prepare them for next season.

“We’ve had all the machines in and the majority of the work has been done, now it’s a case of keeping them watered, fertilised and getting them to the highest standard as possible.”