Head Coach David Wagner spoke to the media ahead of Town’s last away game of the season against Chelsea.

Huddersfield Town Head Coach David Wagner says that his side will fight to make an apparent impossible task possible as he takes his side to the Capital to face last season’s Premier League Champions Chelsea at Stamford Bridge.

The Head Coach was speaking to the press at Tuesday’s Pre-Match Press Conference held at the Club’s PPG Canalside Training Complex.

David shared his thoughts on Sunday’s goalless draw against current Champions Man City, explaining how the positive performance will help to fuel his sides excitement for the trip to Chelsea, as The Terriers aim to secure their Premier League status for another season.

“On Sunday, it was a very good performance and result against City. Now it’s in the past and we’re onto the next one which is a very exciting one against Chelsea away. They are a very good team, they are still fighting for the top four after their very good form and results. We need some further points on the board to make our Premier League status mathematically safe and this is how it looks for tomorrow’s game.

“We will see how the guys look, we will train in the afternoon and tomorrow morning as well and we will make the decision that makes sense. How many fresh legs do we need and what will be the best for tomorrow’s game. We are used to rotation since day one when we arrived, the players are used to it and if it makes sense we will use it.

“Tom Ince will be back, he is in training and will be part of the squad. Chris Löwe and Terence Kongolo got knocks but they recovered yesterday and were treated; there is a small question mark behind both, but I think – and hope – that they will be both be available. Other than that, everyone else that was available at City will be fine.

“Chelsea are the former Champion, they have a very good Manager and a great team in great form. This is anything but easy, but we’ve said this more than often now, we will try it, fight for it, work for it and try to make something that looks an impossible task possible.”

DANNY: WE KNOW WHAT WE NEED TO DO


Danny Cowley ahead of Charlton game

DANNY COWLEY: I HAVE CONFIDENCE IN US


Danny Cowley ahead of Town’s game against Bristol City

DANNY COWLEY: WE KNOW WHAT THIS GAME MEANS


Danny Cowley ahead of Town’s match against Leeds United 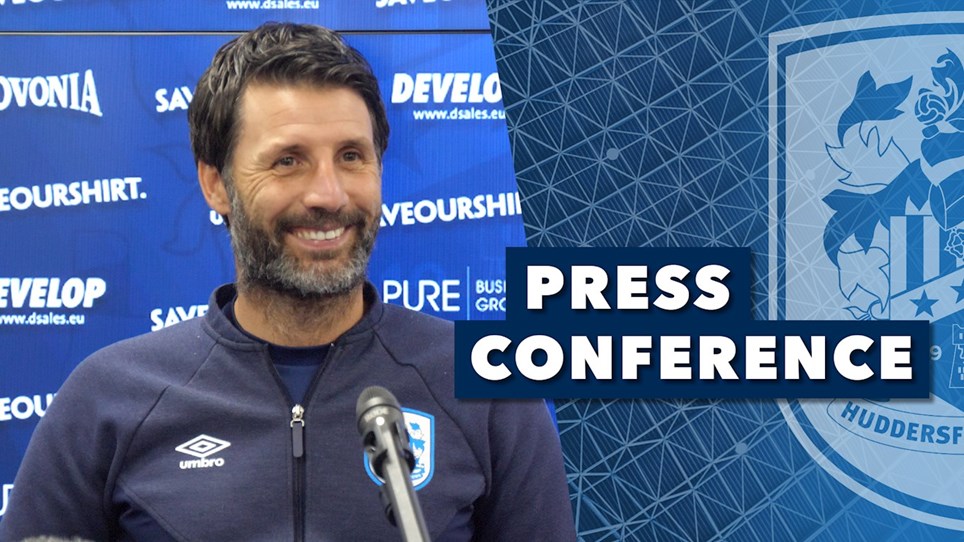 DANNY COWLEY: WE ARE CONFIDENT THAT WE’LL HAVE ONE OR TWO BACK AVAILABLE


Danny Cowley ahead of Town’s game against Nottingham Forest