How Town’s Academy changed over the 2017/18 campaign

A season of transition for the Huddersfield Town Academy has ended on a high note, with several high points giving an indication of the future for fans, staff and players alike.

As revealed in September 2017, the Club has taken the decision to restructure its youth system in an innovative new manner for the forthcoming 2018/19 campaign.

The Town Academy has recategorized itself from a Category 2 system under the Elite Player Performance Plan to a Category 4 system. This will refocus the Club’s efforts on the higher Academy age groups where it has had its success in recent years with the progression of the likes of Tommy Smith and Philip Billing; both who joined Town post-16 years old.

The Club will switch its age groupings to echo the European model, with Under-19 and Under-17 groups running alongside an Elite Development Team (EDT) for its older talents.

The Academy, under the leadership of Leigh Bromby, will also re-band its age categories to fit the calendar year as opposed to the Academic year to try and combat relative age effect, which shows Academy age groups are usually full of August to December birthdays due to their physical development.

The EDT and Under-19 sides will play bespoke, tailored games programmes that will be put together to challenge Town’s young players, whilst the Under-17s will receive the physical stimulus of playing against Under-18 sides in league action.

When right for the individual, players may also experience senior football through strategic loan spells. This has already happened during the second-half of the current campaign, with eight youngsters playing a combined 94 games across the Scottish and English leagues.

On top of that, the newly-formed Under-19 group – led by former Town Captain Mark Hudson – has enjoyed real success in precursors to what will become the usual games programme in the last few months, providing the young players with invaluable experiences in the process. 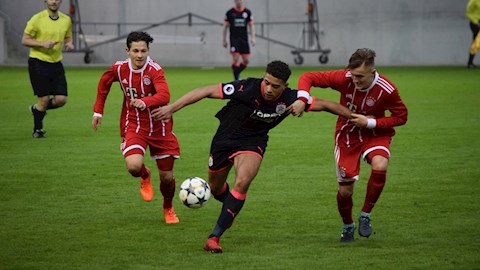 First, the Young Terriers travelled to Germany to take on European giants Bayern Munich in March and performed admirably, showing the true Terriers Identity in defeating their hosts 2-1 thanks to goals from defender Romoney Crichlow-Noble and striker Rekeil Pyke.

Following that Town made its debut in the U19 Champions Trophy in Düsseldorf during early April, finishing fourth among a field of 10 elite sides from across the globe, running the eventual winners – a Japanese select side – very close in the semi-final.

After a challenging year for the Academy, it’s an exciting future that waits for the Club and its players!