David Wagner admitted that whilst Saturday’s game is important, his side is fully focused on the chance it has when Huddersfield Town takes on Swansea City at The John Smith's Stadium.

The Head Coach was speaking to the Press on Friday afternoon ahead of his side’s Premier League clash against Carlos Carvalhal’s Swansea City.

When previewing the game, Town’s Head Coach explained how the focus is on the chance that his side has to perform, more so than the importance of the upcoming fixtures.

Wagner also gave an update on the availability of his squad ahead of the game, explaining that Aaron Mooy and Elias Kachunga are back in full training, whilst Terence Kongolo sustained an injury that will rule him out of tomorrow’s game.

With Huddersfield Town Chairman Dean Hoyle taking part in ‘The Big Sleep Out’ on Friday evening ahead of the game, Town’s Head Coach took the time to praise his Chairman and his fundraising efforts.

“Of course, it’s an important game, but the game against Bournemouth was massive and the game at West Brom was a belter. The players were there, and they performed in the circumstances.

“The next game in a week is as big as the one tomorrow. I’m not focused on the importance of the games, I’m focused on the chance. We have a big chance tomorrow, a great opportunity in front of the home crowd with the supporters behind us.

“Aaron has been back in training the whole week without any issues. Kachunga is back in full training since yesterday, he will train full today but won’t be in contention tomorrow, but it’s nice to see him back. Everybody else, apart from Terence Kongolo who has a hip injury after the Tottenham game, he will be out for the next couple of games and will be back after the international break.

“We are happy we can negotiate this in his [Florent Hadergjonaj] contract because after what he’s shown, he would probably be more expensive. It is very important that we plan the future as a right back in our team.

“I really like the idea of paying attention to what is important, and I’m very happy they created this idea and I hope they collect a lot of money. It isn’t a surprise that Dean likes to leave his comfort zone, you’ve seen how many miles he has cycle on his bike, now another experience for him.

Subscribe to #HTTV+ to listen to the full Press Conference.

Subscribe to #HTTV+ to listen to the full Press Conference. 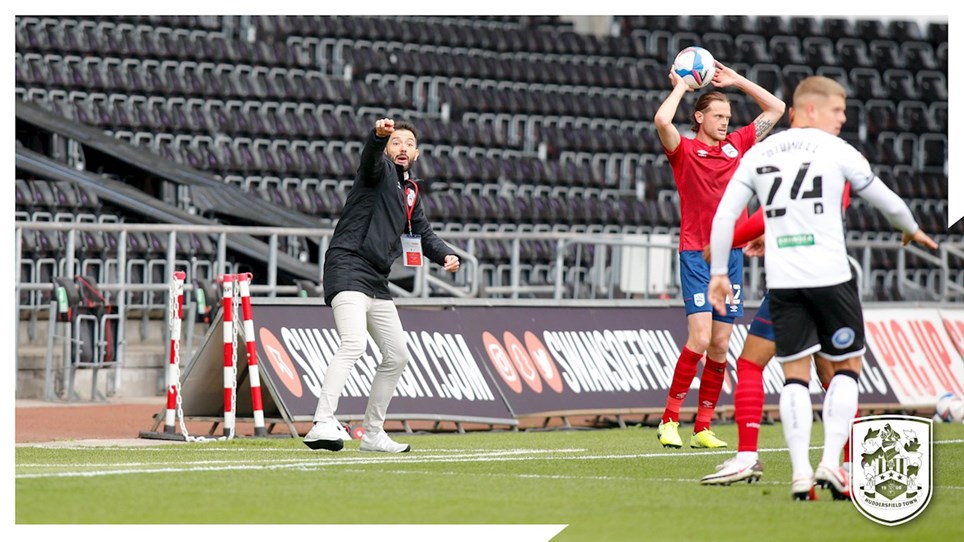 
Head Coach looks ahead to the visit of the Swans

CARLOS: BORO IS A POSITIVE CHALLENGE FOR US

LATEST TEAM NEWS AHEAD OF DERBY

A GOODBYE FROM CHRISTOPHER SCHINDLER

RAMS “OVER THE MOON” WITH LATE READING GOAL