Hudson's side draw at Coventry

Mark Hudson’s Under-23 side came from 2-0 down to draw 2-2 against Coventry City on Monday afternoon. Second half goals from Abdelhamid Sabiri and Jordan Williams earned Town a point at the Ricoh Arena in the Professional Development League.

In the team’s second trip to the Midlands in four days having played Nottingham Forest on Friday, Town headed to the Ricoh Arena looking to build on their 2-2 draw against Forest.

The hosts started the strongest as they looked to play balls over the top of Town’s defence. Luke Mewitt, who was making his second appearance at this age level, produced a couple of fine saves to keep the scores level.

Coventry were building on their growing momentum and Town was struggling to get out of their half. On the rare chance they did have to counter, Jordan Williams and Lewis O’Brien combined well but couldn’t find a way to goal.

As the half time whistle drew nearer, the momentum shifted away from Coventry and the game became more even without either side creating clear chances.

But with 44 minutes on the clock, Coventry opened the scoring. Billy Stedman was on the end of a quick one-two and fired a powerful shot into the net. Three minutes later and the hosts doubled their lead. Jordan Ponticelli produced a long range effort to give Coventry a two goal lead at half time. Although Coventry had enjoyed periods of dominance, the scoreline could be deemed a little harsh on Town.

Mark Hudson’s team had work to do in the second period and started on the front foot. The players were enjoying more possession but not able to make scoring opportunities. At the other end, Mewitt was again involved as he tipped a Coventry effort over the bar.

57 minutes in, Mark Hudson made his first change introducing Olly Dyson in place of Dom Tear. Dyson had an immediate impact as he earned Town a corner and was looking a danger on the right flank.

The hour mark ticked past and Town secured a lifeline. Dyson was again involved as he drilled the ball into the box. The defenders initially cleared but Jordan Williams was in the right place at the right time to slot the ball home in the 63rd minute.

The goal pushed momentum firmly in Town’s favour and it was looking increasingly likely they would find the equaliser. Isaac Marriott and Micah Obiero were introduced to provide some fresh legs in the team’s search for a goal. Regan Booty fired a volley wide before Abdelhamid Sabiri produced a great free kick that was met by an equally good save from the Coventry keeper.

The game entered injury time as it looked like Coventry would hold on to their narrow lead. However, there was just time for Town to level the scores. Lewis O’Brien was in space down the left wing and had the time to pick out Sabiri at the back post. The striker was unmarked and able to volley the ball into the net with practically the last kick of the game.

With Sabiri’s equaliser coming in the 91st minute, it was not long after that the referee blew the final whistle. 2-2, the same scoreline of Friday’s game against Forest, was a fair one after a much improved second half Town performance.

TEAM NEWS with @ViessmannUK: here is the side @M_Hudson5 has chosen for this afternoon's U23 PDL game against @Coventry_City at the Ricoh Arena; K.O 2pm (CL) pic.twitter.com/0wRkkFTj9w 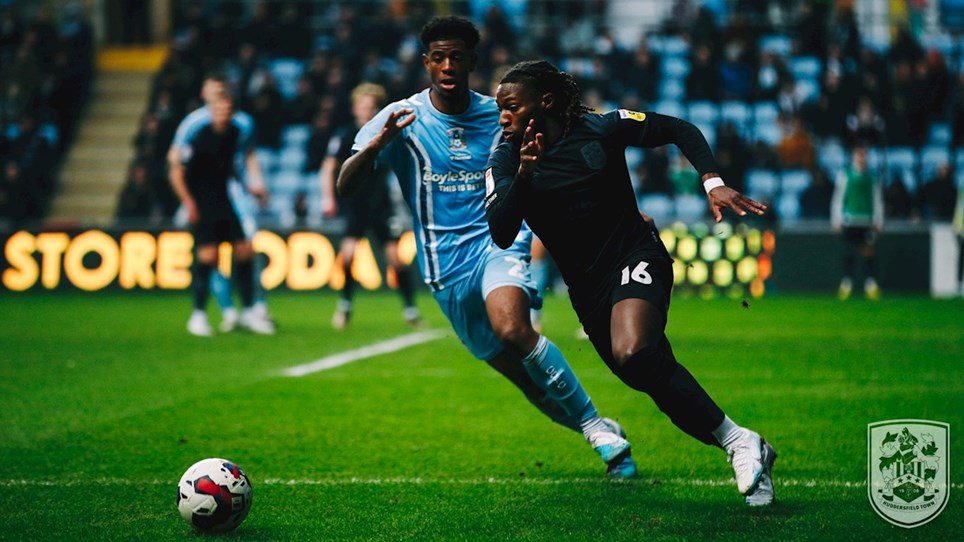 
Town beaten 2-0 on the road by Coventry City