The latest edition of Huddersfield Town’s official match day programme, The Terrier, will go on sale before Town’s Premier League match against Crystal Palace on Saturday.

The programme contains some in-depth interviews and features, and you can purchase your copy from around the John Smith’s Stadium and from the PPG Canalside Fanzone.

The programme will contain 84 pages of exclusive features and Club news for Town fans to enjoy for just £3.50. 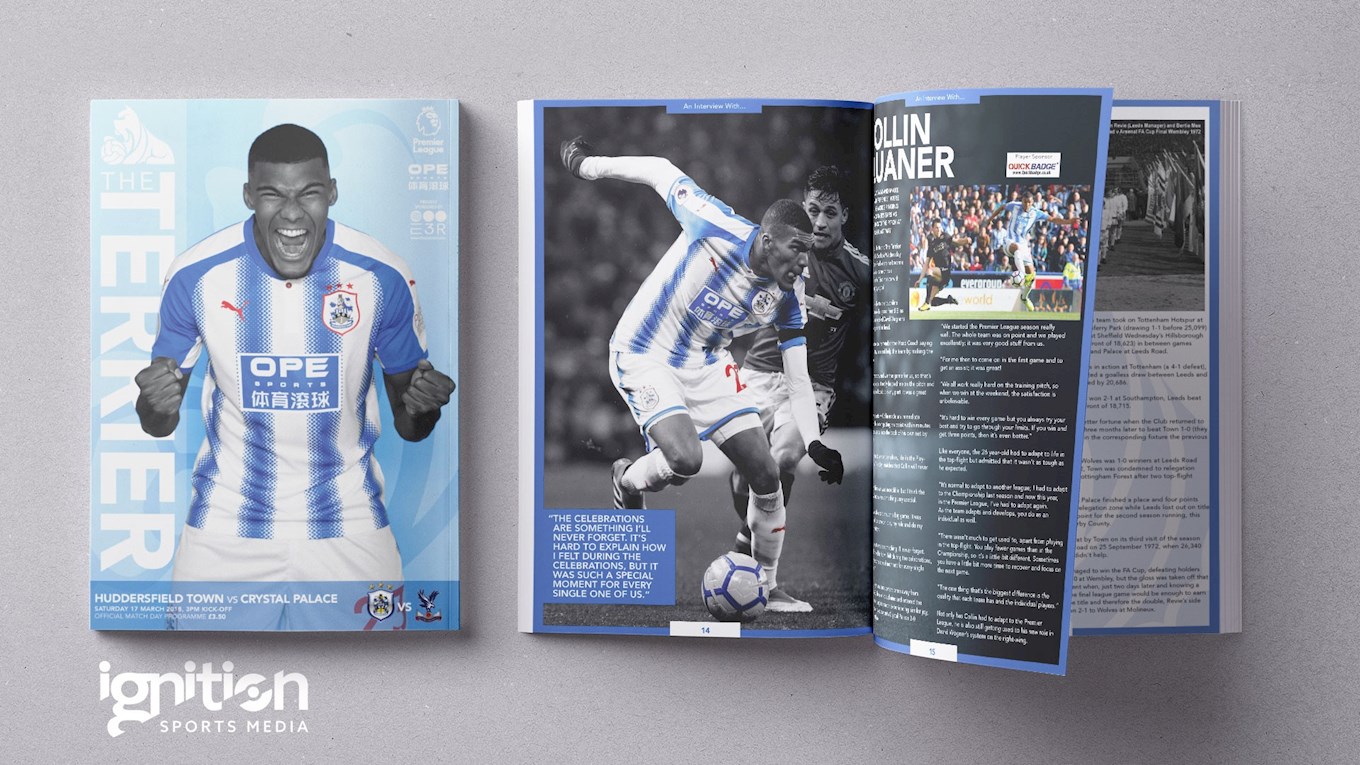 Collin Quaner speaks exclusively to The Terrier for this week’s main player feature. The Town winger talks about the Club’s journey to last season’s Play-Off Final at Wembley, how he had to adapt to life in English football and the feeling of walking out in front of the Huddersfield faithful.

The programme also includes a feature on last week’s inaugural ‘Big Sleep Out’ event. Chairman Dean Hoyle, alongside 160 other fundraisers, braved the weather by spending the night at the John Smith Stadium, and the event managed to raise well over £40,000 for local homeless causes.

As always, there will be columns from the Chairman Dean Hoyle and Head Coach David Wagner. Wagner reflects on last weekend’s match against Swansea City, the importance of the fans and looks ahead to the important game against Crystal Palace. 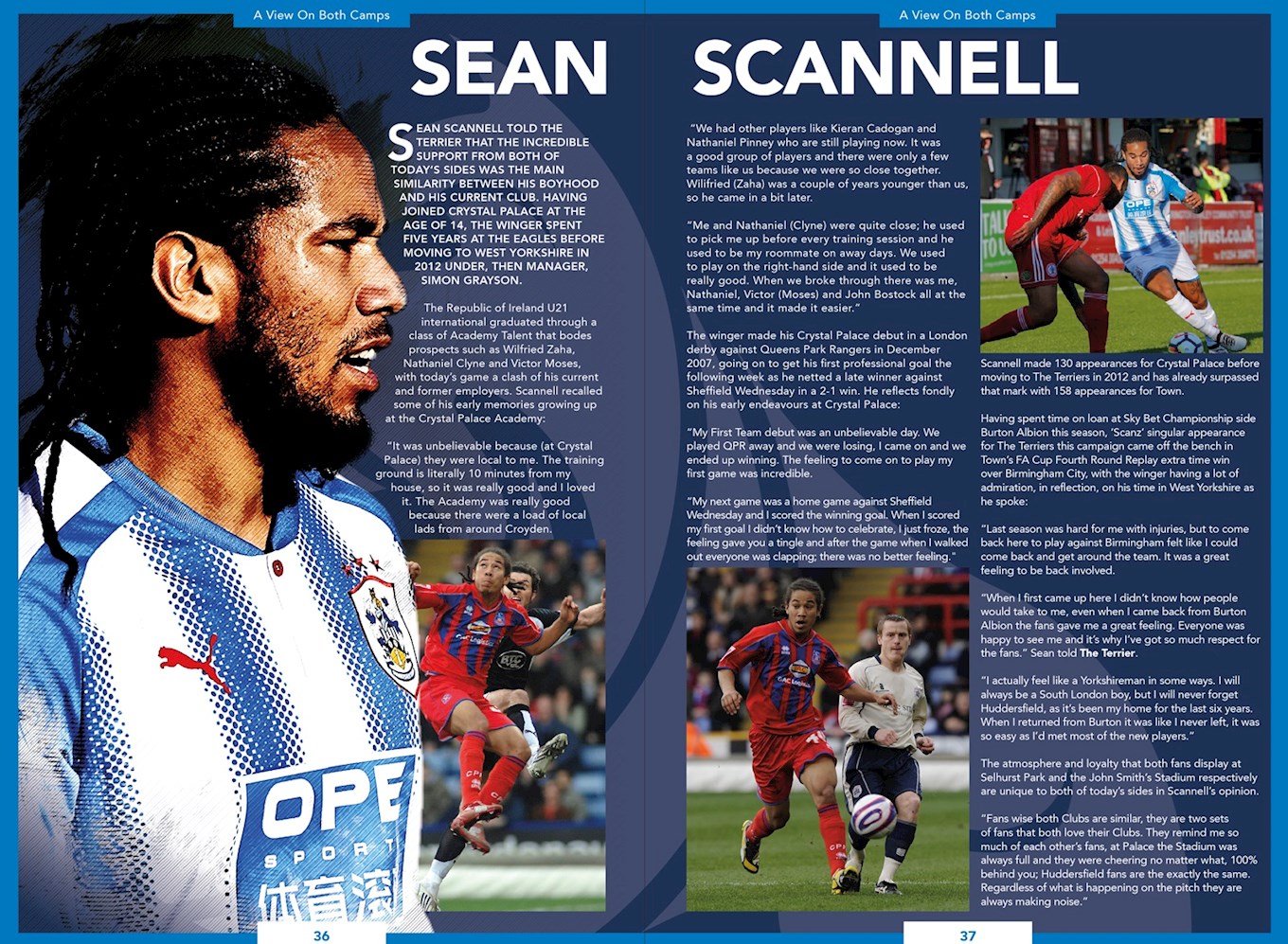 In other First Team features, former Crystal Palace player Sean Scannell talks about his five years with the Eagles before his move to Huddersfield in 2012. Rajiv van La Parra reveals his five-a-side team and you can find out if Florent Hadergjonaj answered your question in this week’s Twitter Q&A.

There will also be a full preview of Town’s opponents, complete with a look at manager Roy Hodgson, as well as Palace’s ‘Ones to Watch’. You can also take a look back at some of the key meetings between the two sides over the years in ‘Action from the Archives’.