Ramadan Sobhi becomes the first Huddersfield Town player to feature in the World Cup since Ray Wilson in 1962.

The 21 year-old winger, who will sign from Stoke City, came on in Egypt’s 1-0 defeat to Uruguay in the Pharaohs’ opening match of Group A, becoming the fourth ever Town player to feature in the World Cup.

The winger was the first Town player to feature in a World Cup for 56 years! The last was iconic defender Ray Wilson in 1962.

Ray made 63 appearances for England, making him Town’s most decorated Three Lions international of all time.

He featured for England at the 1962 World Cup, playing a key role in the Three Lions’ journey at the competition, featuring in all three group games against Hungary, Argentina and Bulgaria, as well as the 3-1 Quarter-Final defeat against Brazil. 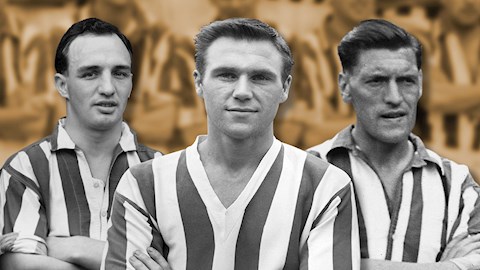 Wilson only made his international debut two years before, in a 1-1 draw with Scotland, but he soon became a regular part of the England team and was called up by Winterbottom for the 1962 tournament in Chile.

Alf Ramsey took up the reigns as England Manager in 1963 and kept faith in Wilson. The full-back left Town in 1964 but played every game of England’s World Cup-winning campaign in 1966 and was the oldest player in the squad as England went on to lift the trophy for the first and, to this day, only time.

Ramadan is now the fourth Town player to feature in the World Cup joining Ray, Bill McGarry and Ron Staniforth.

Aaron Mooy, Jonas Lössl and Mathias Zanka all have the opportunity to write their names in Huddersfield Town’s World Cup history books in their respective opening games against France and Peru on Saturday 16 June 2018.