Dutch defender on his permanent switch

Terence Kongolo spoke of his happiness at joining Huddersfield Town on a permanent transfer from AS Monaco FC having spent the latter part of last season on loan with The Terriers.

The Dutch defender was speaking to #HTTV in the brand-new Huddersfield Town home kit for the 2018/19 Premier League campaign. Terence spoke about his feelings having signed permanently, his reflections on last season and his aims and aspirations ahead of the new season.

Signing for an undisclosed club record fee, his performances for David Wagner’s side helped earn Terence a call-up back to the Netherlands squad for their recent games against Slovakia & Italy.

“It was 2015 my last game for the Netherland and Ronald Koeman told me it’s important to play games so you can grow. I played games at Huddersfield and they saw I did well so that’s why they’ve involved me now.” 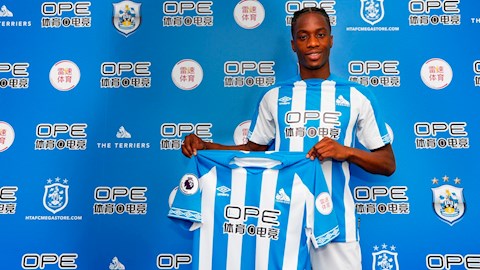