Huddersfield Town midfielder Aaron Mooy is on the verge of completing another of his dreams as he prepares with Australia to face France in the Socceroos’ opening match of the 2018 FIFA World Cup.

Mooy left Australia at the age of 15 in search of his dream to play regular football in the Premier League and to play for his nation in the World Cup. Now 12 years on, he’s close to achieving both.

During the 2017/18 Premier League season, the 27-year-old was a mainstay in David Wagner’s side and he is now just a few hours away from potentially featuring for the Socceroos in the World Cup.

He explained to htafc.com how much it would mean to him to wear the Gold jersey on the world’s greatest stage this summer.

“It would be a dream come true for me to play in the World Cup.

“To play for your nation in a World Cup, the biggest footballing tournament there is, has always been my goal and like I’ve said before it makes all the sacrifices you’ve made in life worth it.

“Whenever I think about the chance to play in it, it pushes me on even more.”

Aaron, who now has 35 caps for his nation, was named in the country’s 23-man squad and played a big part in the friendlies ahead of the tournament.

He explained what the mood is like in the Australia Training Camp ahead of their opening game of the tournament.

“It’s really exciting and I can’t wait for our World Cup campaign to get underway. It’ll be an incredible moment for all of us; we are looking forward to the first game.

“The preparations have gone well. We had a tough few weeks in Turkey and some tough sessions ahead of our first game. We are just firmly focused on France and everything coming together for us.

“France is a big footballing nation and a big team, so it’s going to be a tough match, but we are all ready for it.

“We will try everything to give ourselves the best chance to come out of the match with something.”

Australia has been named in Group C alongside Denmark, meaning Aaron could face teammates Jonas Lössl and Mathias Zanka in the game on Thursday 21 June 2018.

“It’ll be strange to play against Zanka and Jonas,” admitted the midfielder.

“During the game, you don’t think about things like that and you just try your best for your country, but it will be nice if I get the chance to play against them.” 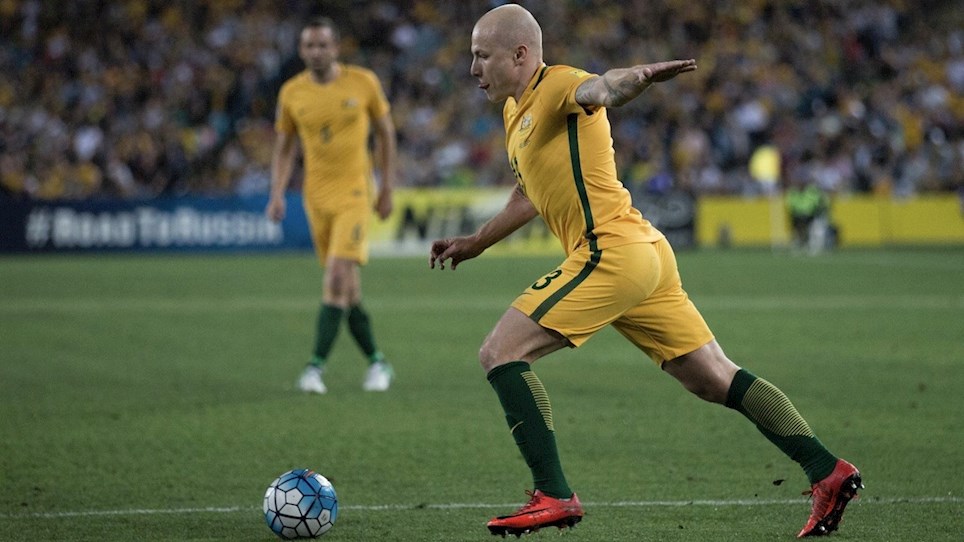