Were you a lucky winner from Huddersfield Town’s Golden Gamble draw, sponsored by Barden Print, at Wednesday’s pre-season friendly against Lyon?

Huddersfield Town’s World Cup hero made his way onto the John Smith’s Stadium pitch to draw the following numbers:

Gold 13400 – Martin Bamford – Two seats in the Revell Ward Upper Tier at the Chelsea game, including a meal for two in the White Rose Club.

Martin made his way onto the pitch at half-time to play the ‘Take Your Pick’ game and won a Huddersfield Town mug! Meaning the rollover for the next match will be £500. 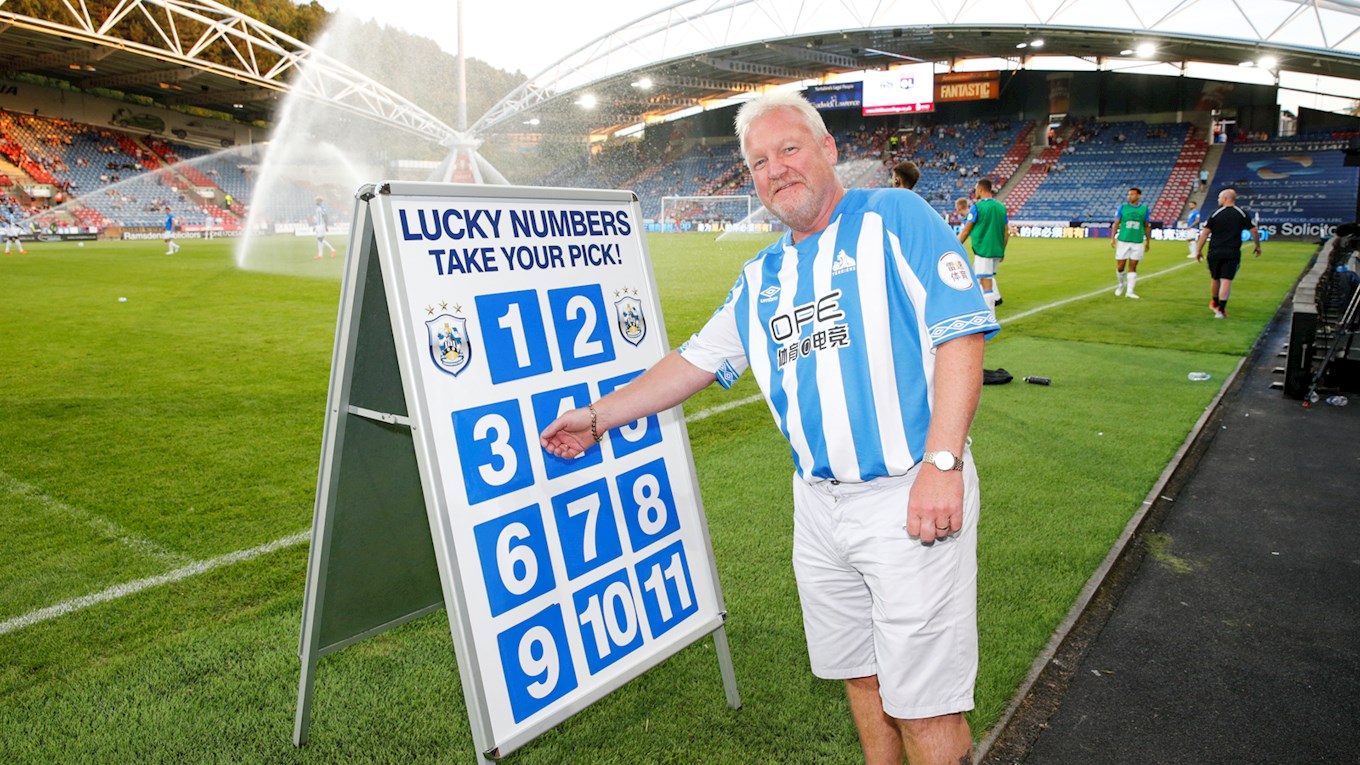 If you have the ticket for the unclaimed prize, please contact Town’s Promotions Department by calling 01484 484112 or email lotteries@htafc.com.