Erik Durm has become Town’s latest summer recruit this afternoon ahead of the 2018/19 Premier League season.

Born on 12 May 1992 in Pirmasens, Germany, Erik started his football career as a striker in the youth teams of SG Rieschweiler and 1. FC Saarbrücken, where he was a prolific scorer for their Under-17 and Under-19 sides, netting 32 goals over two-and-a-half seasons.

That form earned him a move to Mainz 05 in July 2010, where his scoring form continued. 16 goals in 24 U19 Bundesliga games for his new club earned him a place in the second team, where he netted 10 goals in 18 games in the German fourth tier, the Regionalliga West.

His performances for Mainz earned Erik German caps at both Under-19 and Under-20 levels in 2011.

Erik was unsurprisingly offered a professional contract by Mainz, but he chose to move to Borussia Dortmund ahead of the 2012/13 campaign – signing a two-year contract. 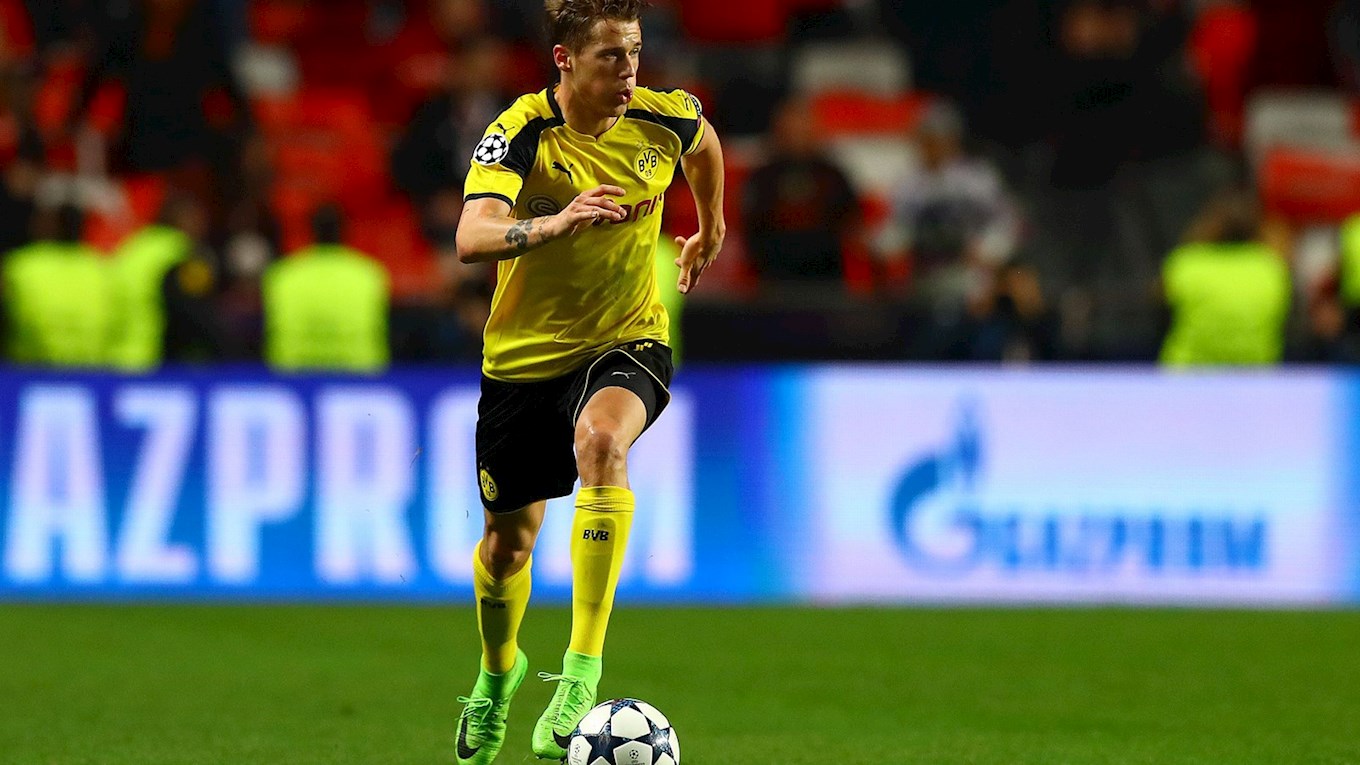 He was placed in the Borussia Dortmund II squad, where he worked under current Town Head Coach David Wagner in the German 3. Liga.

"Erik knows where the goal I,” David explained when he joined Dortmund. “He is determined, has endurance and is also a strong sprinter. In addition, he’s wide awake in the head."

It was under Wagner that Durm’s transition from a striker to a full back began in second-half of 2012/13 campaign, as he played on the left side of midfield after the season’s winter break.

He was subsequently brought into Jürgen Klopp’s First Team squad for the 2013/14 campaign, quickly making his Bundesliga debut on 10 August 2013 as a late sub in a 4-0 win over FC Augsburg. It was a busy week for Erik; he also made his German Under-21 debut three days’ later against France.

Durm’s UEFA Champions League debut was the next landmark; he played in a 3-0 win over Marseille in October, setting up Robert Lewandowski for the opening goal.

Erik’s speedy transition from striker to an elite full back was complete that summer, when he made the senior German squad for the first time. His debut for Germany came in a 2-2 draw with Cameroon in June 2014.

The following day, on the back of that debut and 19 impressive Bundesliga appearances, he was named in the squad for the 2014 FIFA World Cup. Erik was a member of the squad as Germany won the tournament, appearing as an unused substitute in every game. Subsequently, he’s earned seven caps for his country.

Erik was a regular for Dortmund over the next few seasons, penning two new contracts with the Club in the process and winning one DFB-Pokal cup and two German Supercups.