Pick up a copy of Huddersfield Town’s official match day programme, The Terrier, ahead of the Club’s Premier League match against West Ham United to read some in-depth exclusive features.

You can purchase copies of the programme from the John Smith’s Stadium, the Club Shop and from the Perrys Vauxhall Fanzone – click here to find out what is going on at PPG Canalside.

For just £3.50 you can read the 84 page content rich programme ahead of Town’s first top-flight match of 2018!

New signing Terence Kongolo speaks exclusively to The Terrier after he joined the Club on loan from AS Monaco. The defender explained what Town fans can expect for him, went into detail about why Town was the right fit for him and revealed which member of David Wagner’s First Team squad he spoke to prior to agreeing a move. 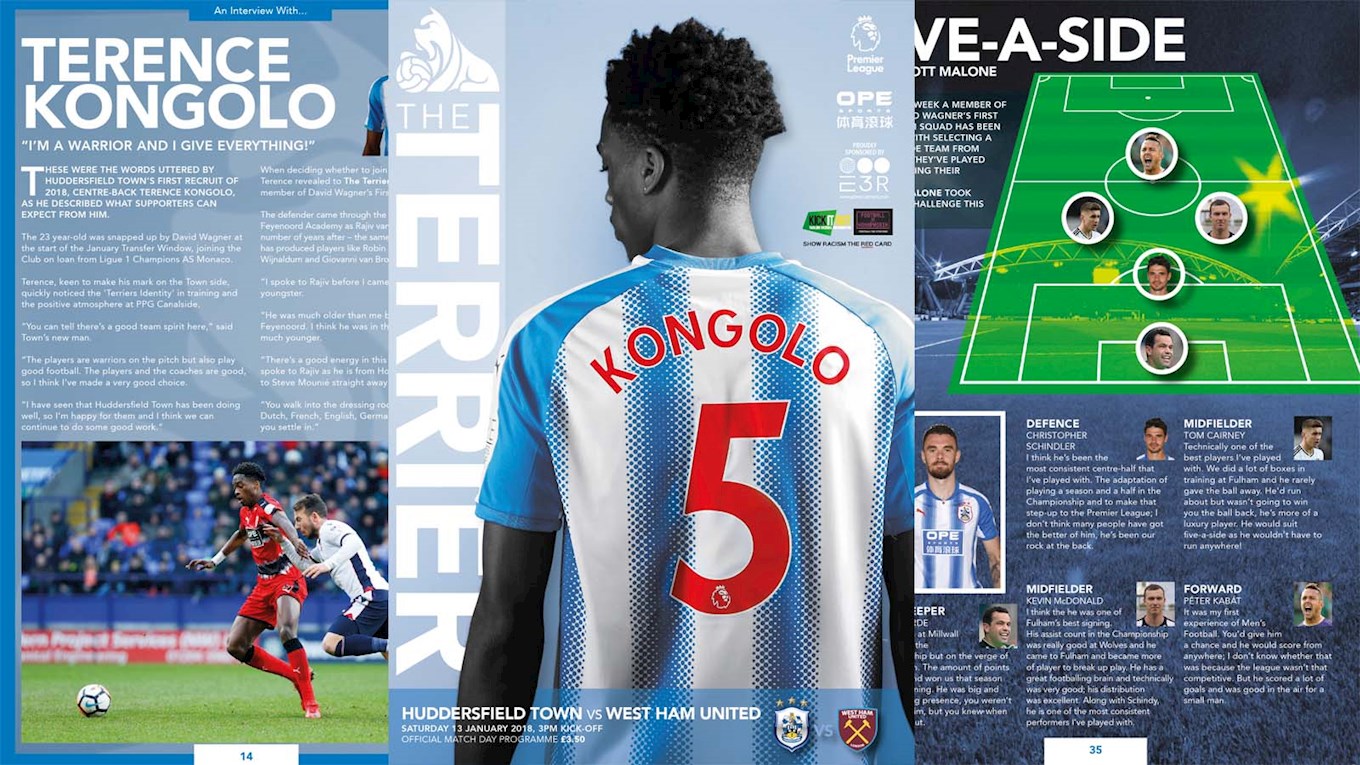 As you may have seen this weekend’s match is the ‘Town for All’ match, where the Club sends out a message of inclusion in football and that is shown in this weekend’s version of the Terrier. A number of special features goes into the work that Huddersfield Town is doing to make football available for everyone, whilst Tom Ince showed Kick It Out his support explaining a moment when he was discriminated against.

As always there are columns from Chairman Dean Hoyle and Head Coach David Wagner, whilst Tommy Smith gave his opinions on Town’s results over the Christmas period. 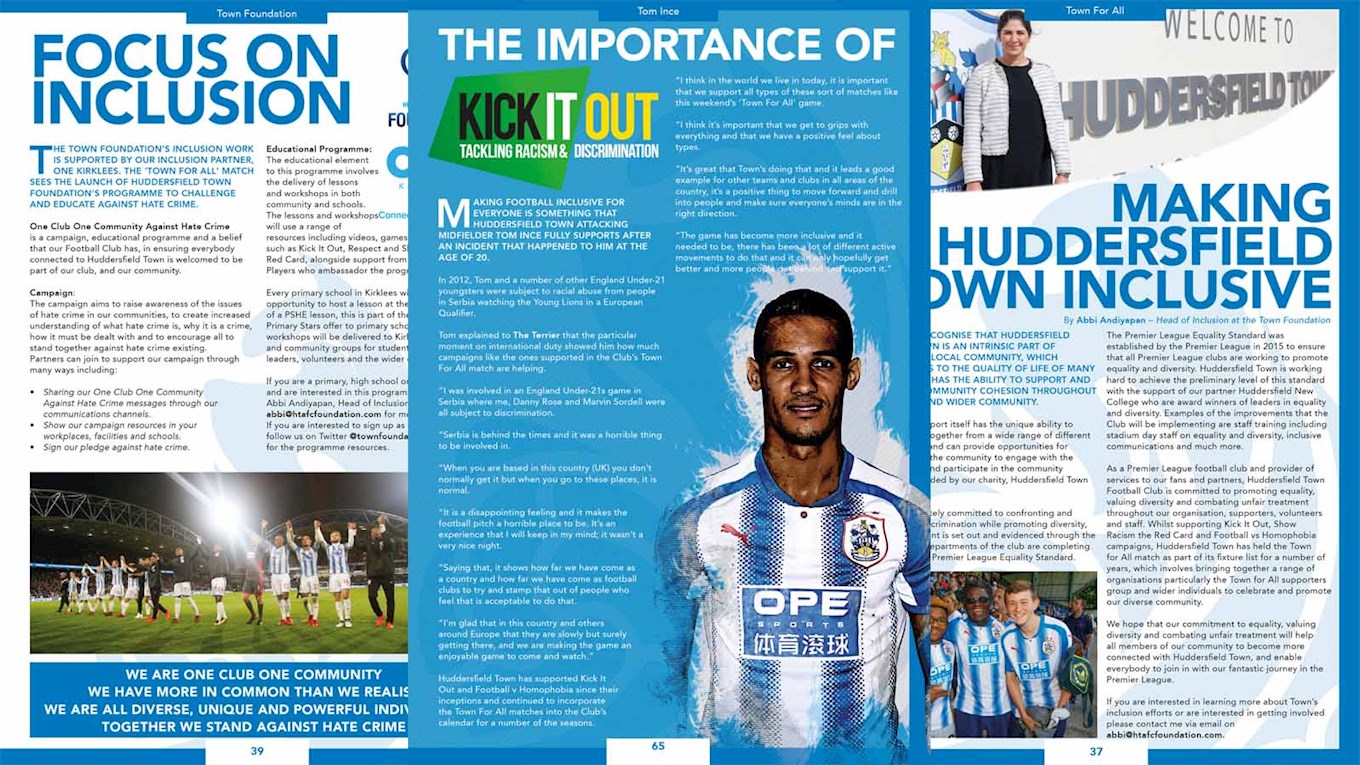 A number of First Team interviews are also included as Scott Malone reveals his five-a-side team, Robert Green discusses his career and in particular his time at West Ham, whilst you will also be able to see whether Christopher Schindler answered one of your questions!

There’s a full West Ham United preview complete with a look at David Moyes and the Hammers’ ‘Ones to Watch’. The programme also includes ‘Action from the Archives’ where we run you through some of the most interesting meetings between the two sides over the years.