The Terriers recorded a 2-1 victory over United at the John Smith’s Stadium in October and are looking to bounce back from Tuesday’s home defeat to Liverpool. 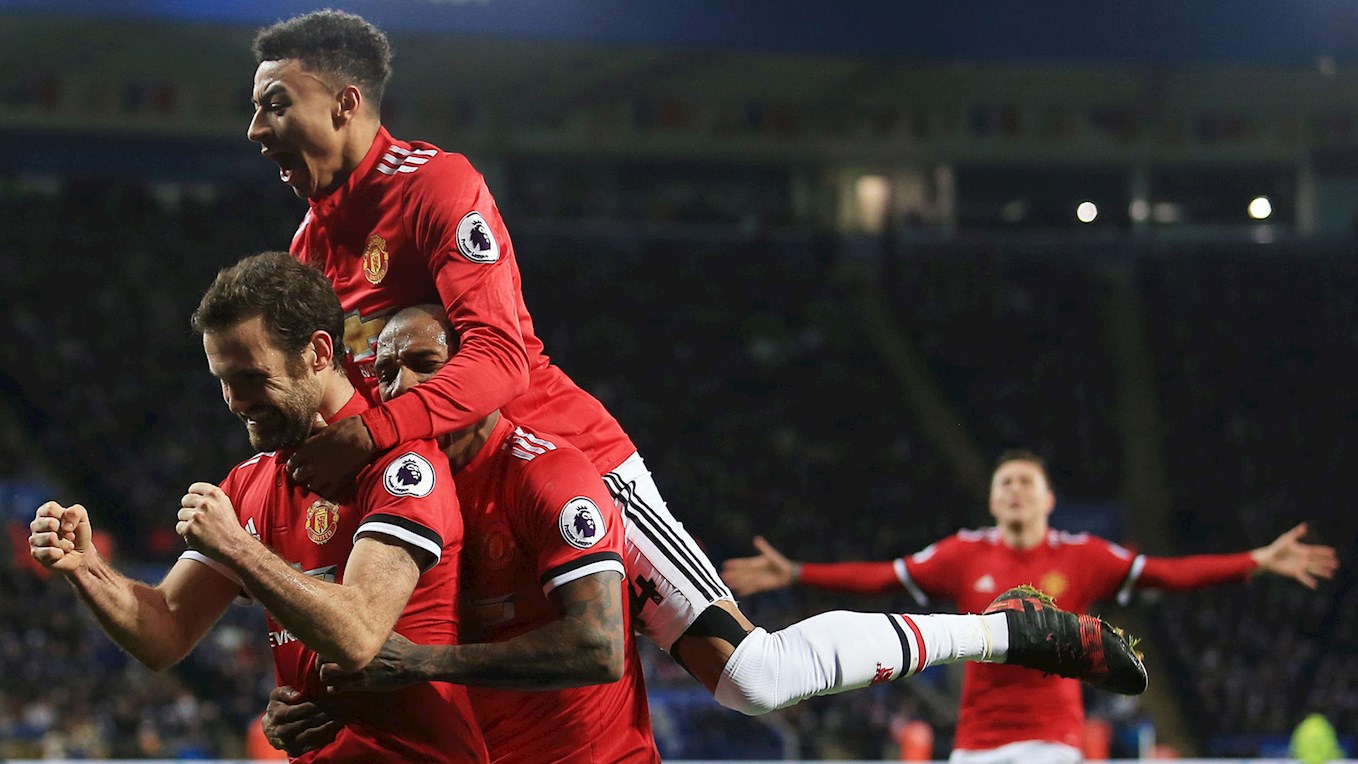 The Red Devils currently sit second in the table, 12 points behind neighbours and league leaders Manchester City and eight points clear of Tottenham Hotspur in fifth. The Lancashire side are unbeaten in 2018 and progressed a further stage in the FA Cup securing a 4-0 victory over League Two outfit Yeovil Town.

The loss against Town is one of only three that United have suffered in the League this season. Suffering defeats to fellow title challengers Chelsea and Manchester City has seen Mourinho’s side not drop below third position across this Premier League campaign.

Manchester United may go into Saturday’s 3pm fixture with one eye on their Champions League tie in Seville. Saturday’s game also brings the home debut for Chilean Alexis Sanchez having made the move from Arsenal during the transfer window.

The Chilean made the move to Manchester from Arsenal in a swap deal, with Henrikh Mkhitaryan moving the other way. The 29-year-old made his debut in the victory over Yeovil, assisting two of the four goals scored.

Jesse Lingard has been in fine form of late having first been selected into the First Team by Sir Alex Ferguson at the age of 19. Lingard has scored in the Community Shield, FA Cup and League Cup final in a season and a half of football.

Having finally broken into the first team under Louis Van Gaal, the forward has seven goals and four assists in all competitions this season. 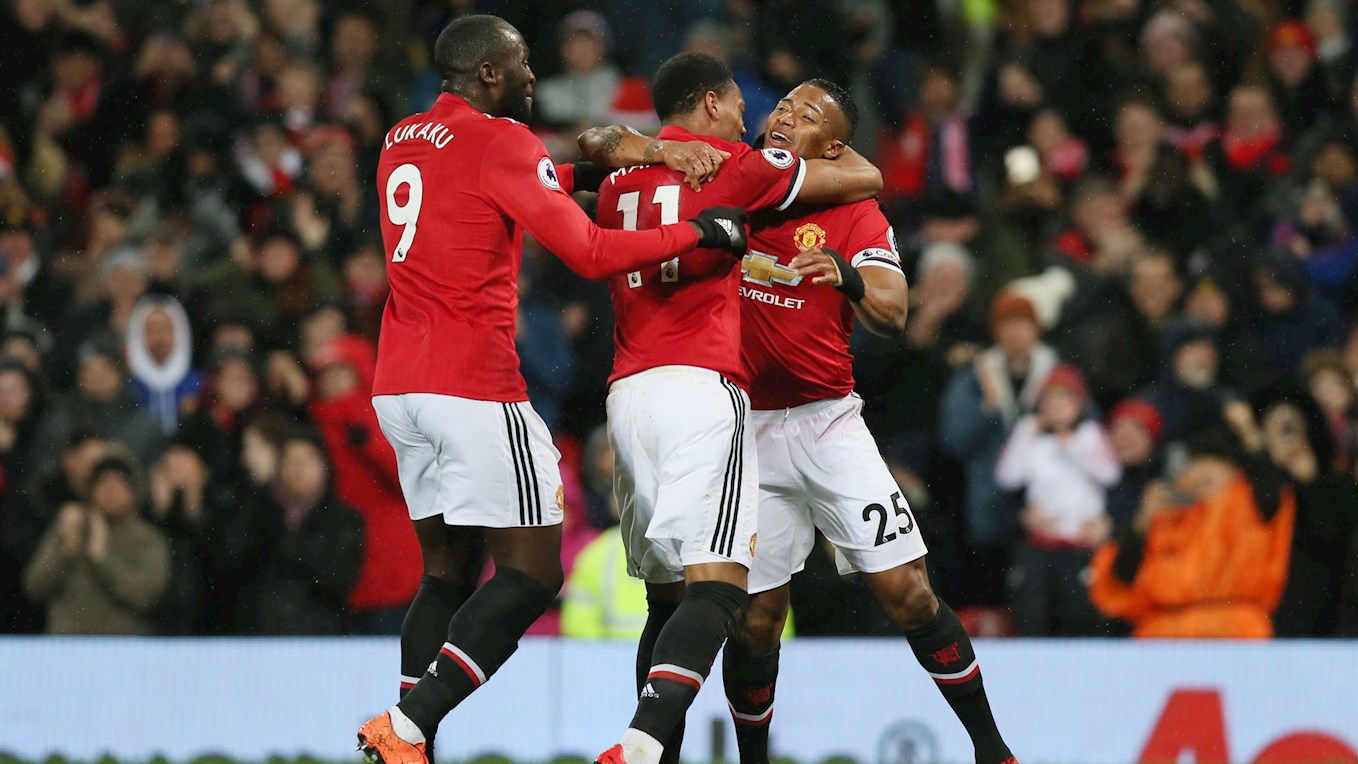 All eyes will be on Alexis Sanchez when Stuart Atwell blows his whistle at 3pm. The former Arsenal and Barcelona man will be looking to continue where he left off, having been named man of the match in his debut against Yeovil Town. United’s new number seven scored 24 in 38 for the Gunners last season and had 7 in 19 before he made the switch to United.

Antonio Valencia has made over 200 appearances for United since joining from Wigan Athletic in 2009. The Ecuadorian has matured from a forward-thinking winger to a consistently dangerous right back, coupling his dynamic forward play with a composed defensive nous. The 32-year-old has won nine trophies in his time at Old Trafford and was one of four Manchester United players named in the PFA Team of the Year for the 2009/10 season.

Alexis Sanchez coming in and Mkhitaryan going to Arsenal was the only deal to be made in the January transfer window. United brought in four players in the summer; Zlatan Ibrahimovic re-joined the club on a free transfer a few months after being released. Swiss defender Victor Lindelöf joined the club from Benfica, with Nemanja Matić and Romelu Lukaku signed from Chelsea and Everton. All were for undisclosed fees.

The club said goodbye to their record goalscorer for both club and country Wayne Rooney as he re-joined boyhood club Everton on a free transfer. The 32 year old won 16 trophies with United and is the second top goal scorer in Premier League history, his 207 tally second only to Alan Shearer.

Products of the youth academy Adnan Januzaj, Josh Harrop and Guillermo Varela all departed the side on permanent deals to Real Sociedad, Preston North End and Penarol respectively.

Elias Kachunga remains Town’s only long-term injury absentee following the injury he suffered in the win over Watford in December. David Wagner will provide an update on the squad fitness and availability in the pre-match press conference.

Zlatan Ibrahimovic remains unavailable for selection due to persistent knee injuries. Defender Eric Bailly is out of the game as he recovers from ankle surgery. Mourinho will be able to call upon the experience of Club Captain Michael Carrick and Daley Blind following their respective injuries.

Town will be wearing their famous blue and white stripes for the game against Manchester United at Old Trafford.

Huddersfield Town have completely sold out their allocation for the Premier League game at Old Trafford.

Supporters who have not got a ticket for the game are still able to watch a live stream of the game at the John Smith’s Stadium. For details on how to get your tickets for this event please click HERE.

Arrive at Old Trafford and get to the turnstile at least one hour before the start of the match (turnstiles open two hours before kick-off, and entry into the stadium will not be permitted after half time)

All bags will be searched and items larger than the size criteria must be left at one of the 'Bag Drop' facilities, which are located near the ticket office (N1 car park) and in E2 car park.

Bringing a bag will further delay entry to the stadium (and will delay departure after the game if supporters have had to use a 'Bag Drop').

Manchester United advises supporters not to bring any bags or prohibited items to the stadium.

If it is necessary for supporters to bring a bag, we recommend they arrive at least 2 hours before kick-off.

Major roadworks have begun on key roads surrounding Old Trafford which will increase supporters journey time to and from the stadium.

If supporters are driving, roads will be busier than usual and the roadworks include some temporary changes in the direction of traffic therefore, supporters are advised to pay attention to local traffic diversion signs.

All supporters should allow extra time for the journey and aim to arrive at least one hour before kick-off to get through the turnstiles. Whilst the changes will not affect the Club’s official car parks, some car parking on public roads will no longer be available.

Metrolink trams are not affected by the road closures - the closest tram stops to the ground are: Old Trafford, Trafford Bar, Exchange Quay, Salford Quays and MediaCityUK. There are frequent tram services from Piccadilly, Victoria and Deansgate train stations and a designated walking route from the city centre.

We ask that this information is communicated to all supporters attending the game and if you have any questions regarding anything mentioned above, please let me know.

Coach travel will be available for £14 and will depart PPG Canalside at noon. You can buy tickets online by clicking here.

If you can’t make it to the game, why not listen to commentary of the match courtesy of BBC Radio Leeds via #HTTV? To find out more, click here.