Town’s first home match of 2018 sees West Ham United make the trip up to the John Smith’s Stadium this Saturday.

David Wagner’s men will be looking to bounce back from the away defeat to Leicester City on New Year’s Day.

The Hammers handed Town their first ever Premier League defeat back in September via Pedro Obiang’s deflected strike and an Andre Ayew effort both late in the second half in West Ham’s first home game of the season.

Despite dropping into England’s second tier two times in the Premier League era, the London side holds 10 top half finishes to its name and has competed in the Europa League as recently as last year.

Slaven Bilić was relieved of his duties in early November with the Club managing two wins from 11 games. Since David Moyes (below) has come into the West Ham hot seat, the Hammers have one loss in their last six games including four points against Arsenal and reigning Champions Chelsea. This run has lifted West Ham up into 15th, two points behind Town in 11th going into the game. 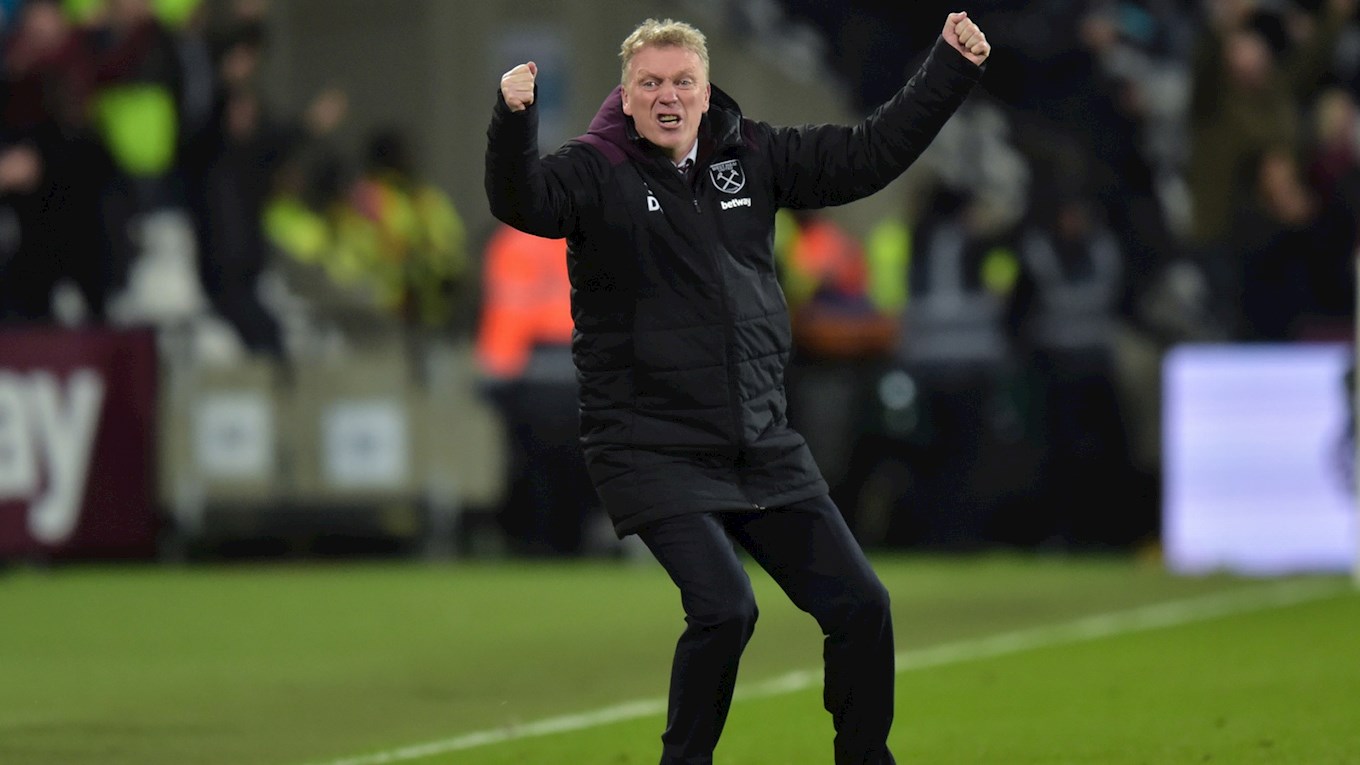 West Ham’s last league game was a 1-1 draw in a fiercely contested London derby with Tottenham Hotspur at Wembley. A Pedro Obiang goal of the season contender was matched late on by Heung-Min Son as David Moyes’s men equalled their longest unbeaten run of the season.

Andre Ayew (below) is the Club’s leading goal scorer this season. The Ghanaian international has scored six and assisted three in all competitions. The former Swansea City and Marseille man can be a threat on either wing and even play up front if necessary. 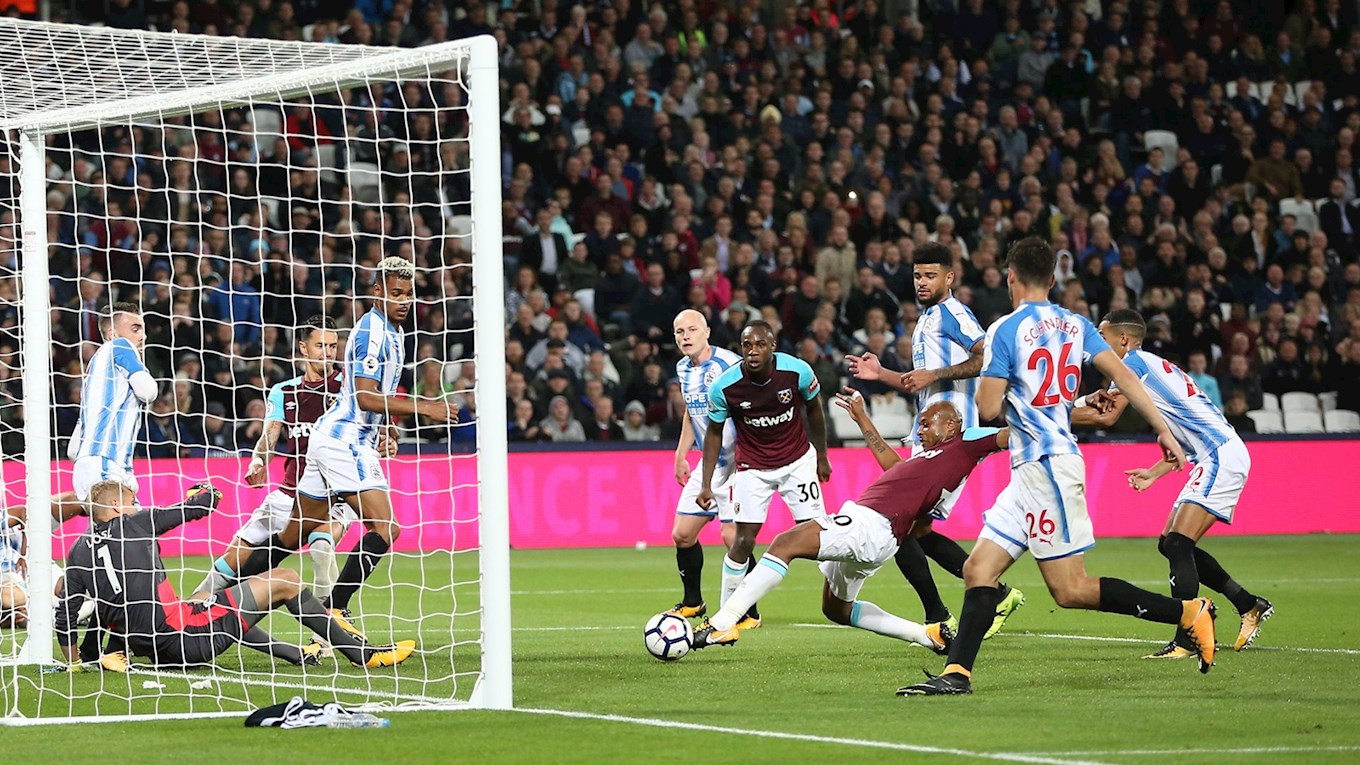 Marko Arnautović looks to be repaying David Moyes’ faith in him, having scored his first goal in the win over Chelsea. The Austrian has five goals to his name due to his electric pace and ability to cut in from the wings to drive at the opposition defence.

Arthur Masuaku has been impressing on West Ham’s left flank since David Moyes took charge. The winger has already bettered his clean sheet and assist tally he set in his debut season following a £6 million move from Olympiacos. His athleticism and willingness to drive forward when his side are attacking has been a threat for most defences this season.

The Hammers spent a reported £36 million to bring in both Marko Arnautović (below) and Javier Hernandez from Stoke City and Bayer Leverkusen respectively. West Ham also welcomed England’s number one Joe Hart on a season long loan from Manchester City to compete with Adrian between the posts. Experienced full back Pablo Zabaleta also joined on a free transfer to bolster the defence. Youngsters Sead Hakšabanović and Anouar El Mhassani were brought in to the Club’s Youth Academy from Halmstads BK and Ajax. 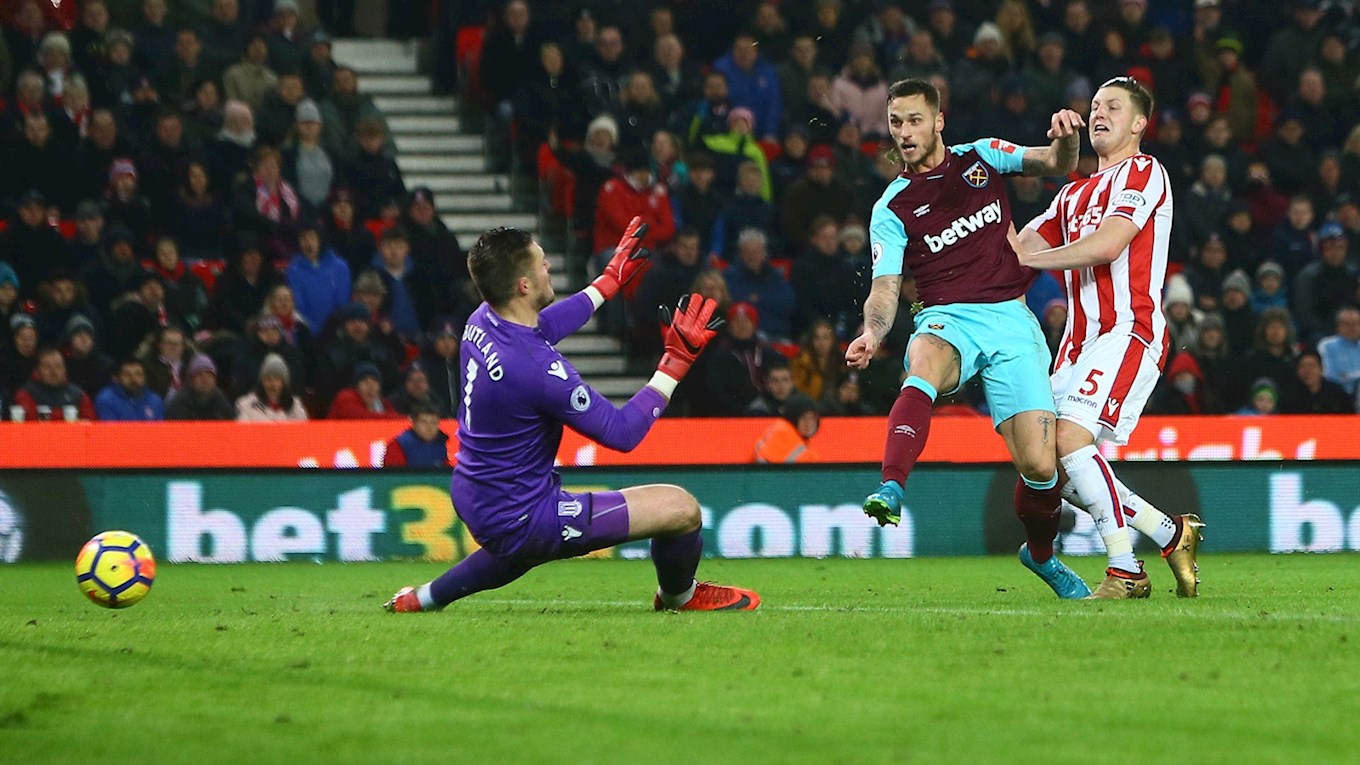 Leaving the Hammers was Algerian international Sofiane Feghouli as he joined Turkish side Galatasary for £4 million after a year in London. Goalkeeper Darren Randolph and young striker Ashley Fletcher joined Middlesbrough on permanent deals for a combined £11.5 million Ecuadorian international Enner Valencia joined Mexican side Tigres UANL for an undisclosed sum, whilst defensive midfielder Håvard Nordtveit returned to Germany to join Hoffenheim after only one season in the Premier League. Robert Snodgrass was loaned out to Championship side Aston Villa, whilst young prospect Reece Oxford is spending the season in the Bundesliga with Borussia Mönchengladbach.

The Hammers have had numerous injury issues in defensive areas this season. José Fonte, Sam Byram, James Collins, midfielder Michail Antonio and forward Diafra Sakho are all likely to miss the game this Saturday. Marko Arnautović will be assessed before the game after suffering with a hamstring issue.

David Wagner will provide the latest on Collin Quaner at his press conference tomorrow (Thursday 11 January 2018) after being subbed off in the first half of the Emirates FA Cup victory away against Bolton Wanderers with an injury.

Michael Hefele made his First Team return in the cup, playing 85 minutes and will be in contention to start this weekend following his Achilles injury. Phillip Billing is continuing his road back from injury following his knee injury and is available to be involved in the match day squad. Elias Kachunga and Jon Gorenc Stanković will both be unavailable due to knee injuries.

The Terriers will wear their famous blue and white stripes for the game against West Ham United this weekend.

Tickets are still available to purchase for this Premier League match at the John Smith’s Stadium. For information on how to purchase tickets and the Terrier Exchange programme, please click here.

If you can’t attend the match and would like to listen to the game, you can receive full match coverage provided by BBC Radio Leeds via #HTTV. Click here to subscribe.

Click below to watch the match day video from Town's match against West Ham United at the start of the season on #HTTV!