Year of the Dog celebrations

Huddersfield Town celebrated the ‘Year of the Dog’ with a plethora of activities taking place around last weekend’s game against AFC Bournemouth for Chinese New Year.

The celebrations began on Friday morning as First Team players Sean Scannell and Chris Löwe paid a visit to Dalton Primary School. The pupils got the chance to meet their idols as they made Chinese Lanterns and created Chinese Art to help further their understanding of the Chinese culture. 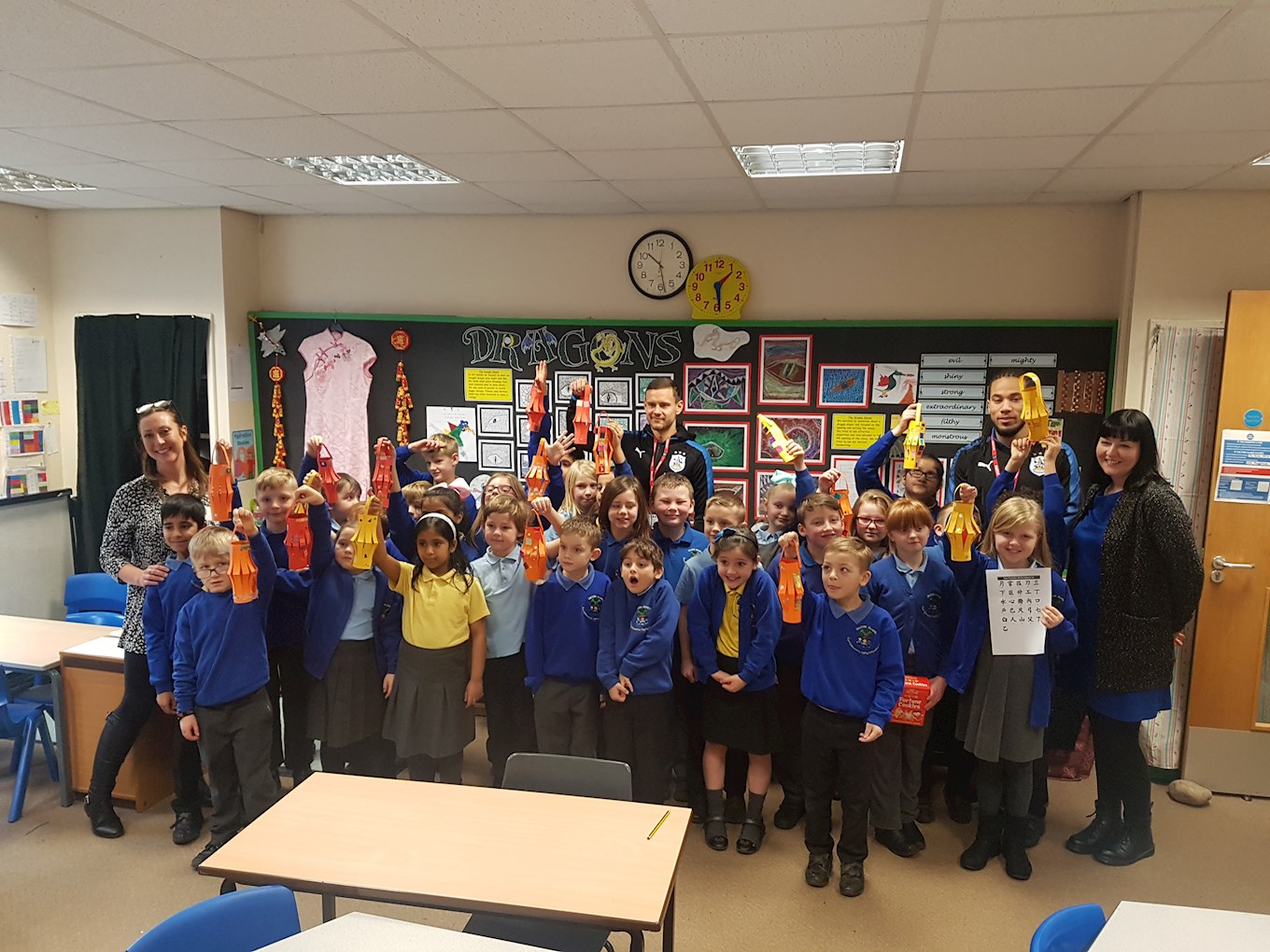 The crowd were also treated to a traditional Chinese Jinlong Dance from the University; with a special thanks to Alan Tobi and the International Department team at the University of Huddersfield for their input at the event.

The celebrations continued into Sunday with the Matchday Magazine ‘The Terrier’ carrying a ‘Year of the Dog’ theme throughout, with Town’s number eight Philip Billing the cover star; considered a lucky number in Chinese culture. 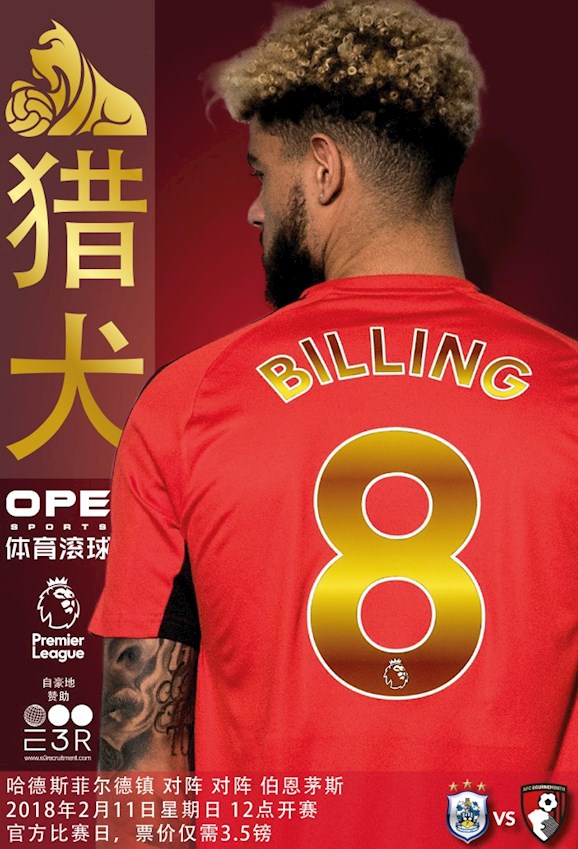 David Wagner’s First Team squad warmed up in special edition red and gold warm-up jackets, with a range of Chinese themed activities taking place in the Fantastic Media Upper with students from the University of Huddersfield.

The students were dressed in traditional Chinese costumes and hosted activities such as the chopstick challenge and name writing in Chinese. The students also assisted in the flag waving on the pitch ahead of the game. 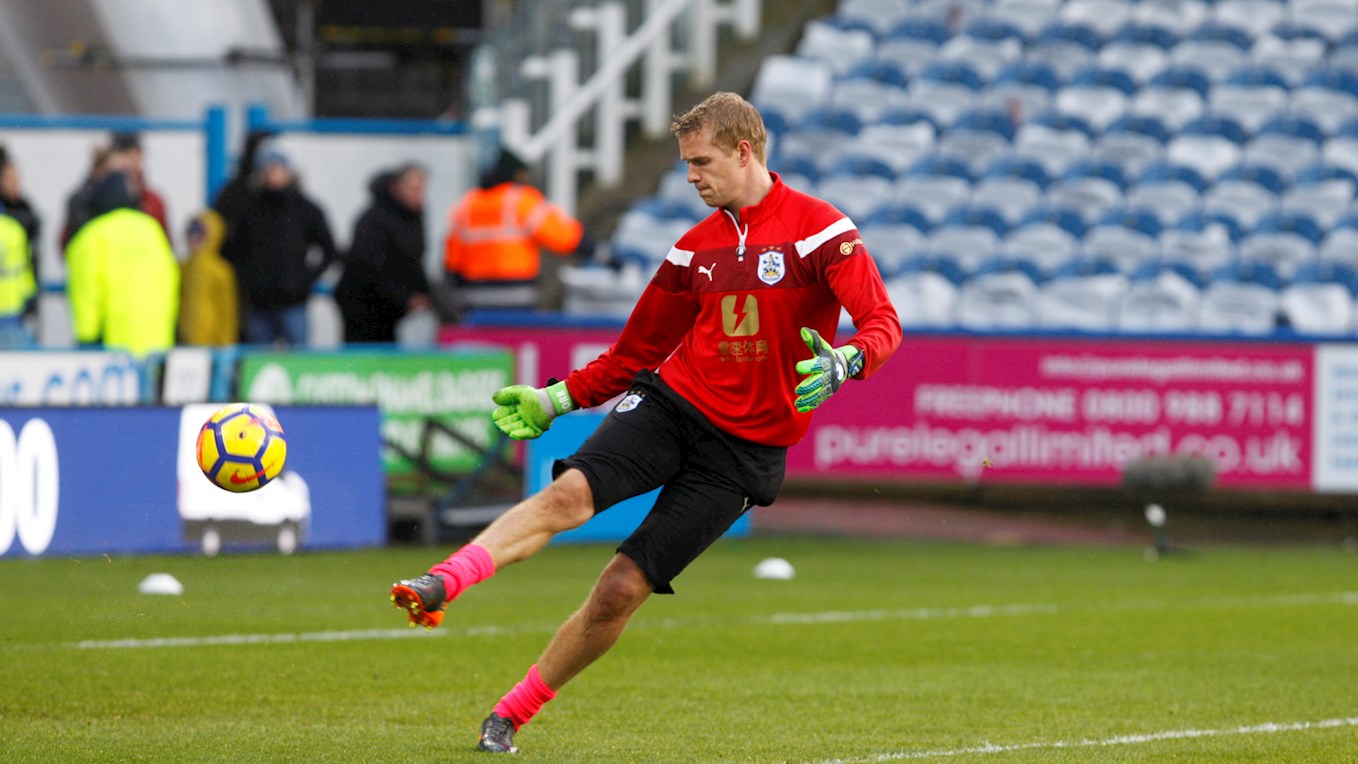 All Under-18 supporters in the home stands received a free gift as part of the celebrations, with special red Terrier badges distributed at the turnstiles.

Any Under-18 supporter who didn’t receive a ‘Year of the Dog’ badge can visit the Megastore and collect one; subject to availability. Supporters must display their Season Card or Match Ticket from the game in order to receive the badge.

“With our main club sponsor, OPE Sports having a strong presence in Asia, we were delighted to celebrate Chinese New Year alongside them with a range of different activities.

“The celebratory activities went down well, and the players showed some real ‘Terrier Spirit’ on the pitch on Sunday to secure the win over AFC Bournemouth.

“Thank you to everyone who took part in making the ‘Year of the Dog’ celebrations so successful, as they have been really well received.”

You can see a video of Sean Scannell and Chris Löwe's visit to Dalton Primary School below;