Huddersfield Town Academy midfielder Matty Daly has earned his first three caps for England’s Under-17s side as the Young Lions continued their build-up to this summer's European Championships.

The 16 year-old attack-minded midfielder received his first call-up from Head Coach Steve Cooper for the 2018 Algarve Cup, which saw the young side play a trio of games against high-level opposition.

Matty (shown below in the image provided by the FA) made his first debut for his country’s Under-17s after coming off the bench in the first match against hosts Portugal at the Sport Nora Park in Ferreiras on 9 February, as the Young Lions lost 4-1. 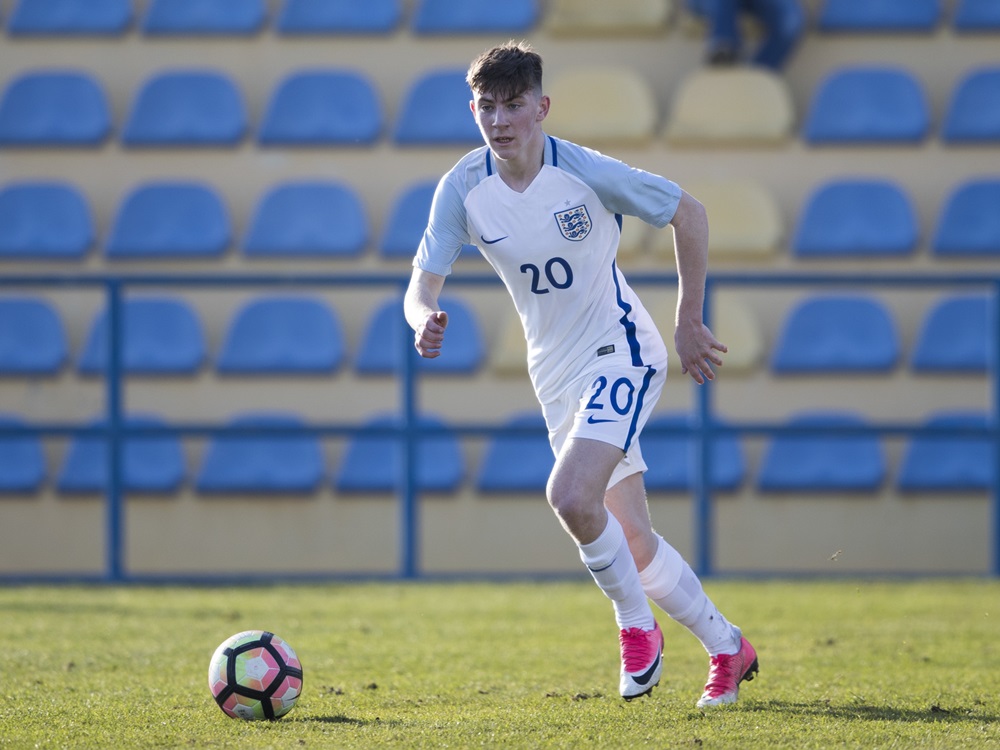 The youngster then made his first start for England’s U17 side in a 1-1 draw with Germany at the Algarve Stadium in Almancil.

England’s final match of the tournament was against the Netherlands. Daly started in the match, which the Young Lions won 2-0.

After starting for start for England’s Under-17s Matty Daly said on Twitter:

Happy to of made my England debut against Portugal the other day and get my 1st start today against Germany. 🏴󠁧󠁢󠁥󠁮󠁧󠁿🙏🏻

An attack-minded player, Daly hails from Stockport and joined Town at Under-15 level.

He’s made six starts and four substitute appearances for Town’s Under-23 side so far this season.