Huddersfield Town is back in action on Tuesday as the Terriers travel to Birmingham City for an Emirates FA Cup Fourth Round replay.

David Wagner’s men were held to a 1-1 draw by the Sky Bet Championship side last month and will now travel to St. Andrew’s Stadium looking for a place in the Fifth Round at home to Manchester United.

After beating Sheffield Wednesday, Birmingham City has only lost one of its last eight games in all competitions. The Blues currently sit 19th in the Sky Bet Championship after 30 games, only one point above the relegation zone.

Steve Cotterill took over as Birmingham City Manager in September 2017 following the departure of Harry Redknapp. Redknapp led the Blues to only one win from eight games at the start of the season, and was replaced by former Burnley and Bristol City boss Cotterill.

The Blues’ reached the Final of the FA Cup back in the 1955/56 season. It was the side’s second appearance in the FA Cup Final, but the Club has never won the competition.

Lucas Jutkiewicz has made 24 appearances for the Blues this season, scoring two goals. The English striker earned his side a Fourth Round Replay in the 1-1 draw with Town, and he also had a chance to win the game but had a second goal ruled out for offside. He will be hoping his goal will have earned him a place in the starting line-up on Tuesday. 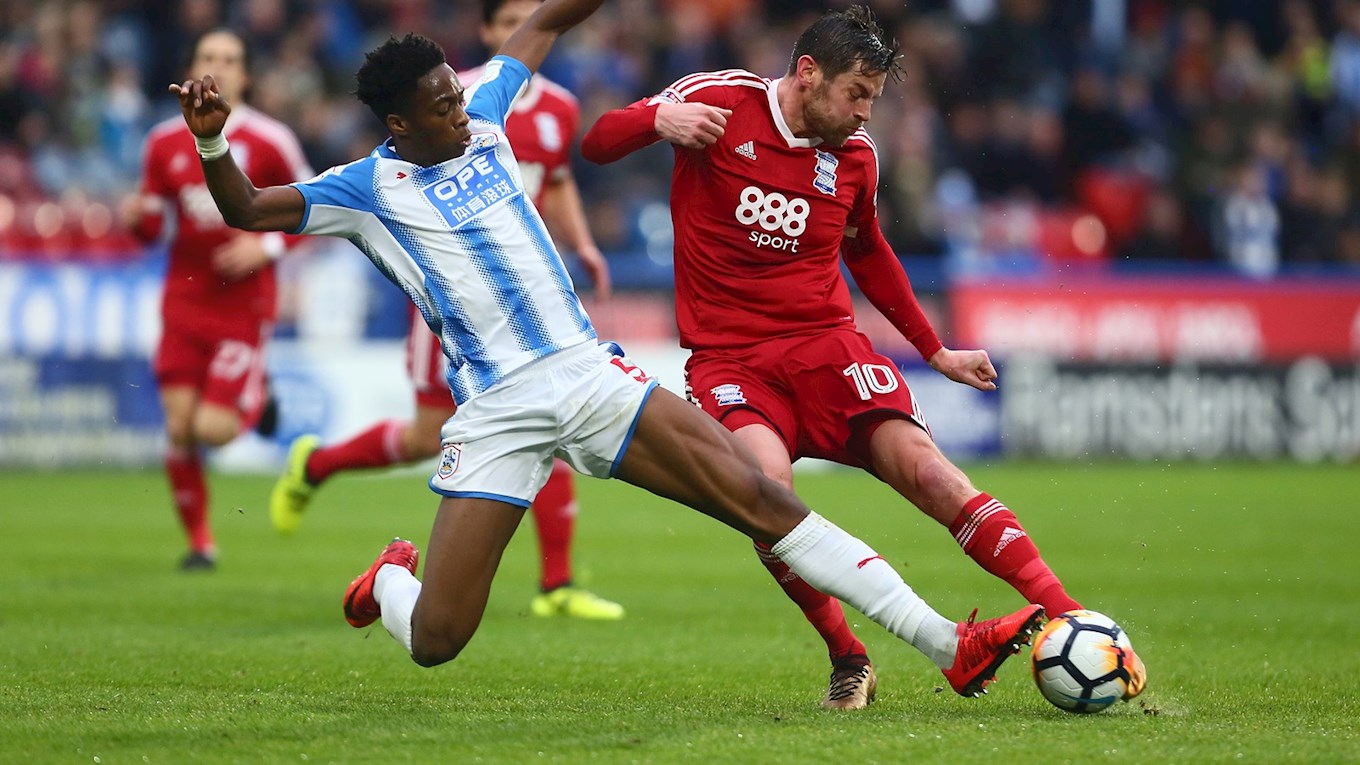 David Davis is now in his fourth season with the Blues, and has featured in all but three of his side’s 34 games in all competitions this season. The English midfielder scored and assisted in the Blues’ 3-1 win against Sunderland last week. He picked up a small thigh injury in that game, but if fit he could play a vital role for his side.

Jérémie Boga joined the Blues on loan from Chelsea at the start of the 2017/18 season and has established himself as a regular under Manager Steve Cotterill. The Ivory Coast midfielder has started 13 of Birmingham’s last 14 games in all competitions, and came on as a substitute in the 1-1 draw with Town. Boga also has two goals to his name this season.

Steve Cotterill decided not to bring in any new faces during the January transfer window.

Winger David Cotterill joined Indian side Atletico de Kolkata on a free transfer, whilst midfielder Stephen Gleeson also made his way out from St. Andrew’s, moving to fellow Sky Bet Championship side Ipswich Town for free.

David Wagner will give an update on the availability of his squad in tomorrow’s pre-match press conference (Monday 5 February).

Elias Kachunga remains sidelined following a knee injury he sustained against Watford before Christmas. Midfielder Danny Williams and defender Chris Löwe both missed Saturday’s Premier League match against Manchester United and are unlikely to feature against Birmingham on Tuesday.

Isaac Vassell is out with a knee ligament injury he suffered against Aston Villa back in October. The striker is likely to miss the rest of the season.

Commentary of the game will be provided by BBC Radio Leeds and HTTV+. To find out more information and some of the great perks of having a HTTV+ subscription or to subscribe CLICK HERE.