Were you a lucky winner from Huddersfield Town’s Golden Gamble draw, sponsored by Barden Print, at Sunday's match against AFC Bournemouth?

Red 0019 – Mrs Bradshaw – The prize was collected by Mrs Bradshaw’s son, Sam, who can be seen below holding a red limited edition Chinese New Year training top, which was worn by a player in the warm-up and signed by David Wagner’s First Team squad. 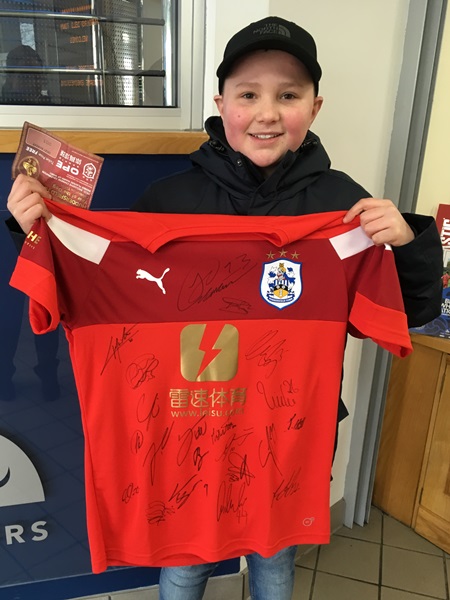 As the first prize is yet to be claimed the ‘Take Your Pick’ game didn’t take place at half-time, which means the cash rollover rises to £2,000 at the Club’s Emirates FA Cup match against Manchester United at the John Smith’s Stadium on Saturday.