What was your Town Goal of the Month for February?

You can vote for Huddersfield Town’s February 2018 Goal of the Month via our poll on Twitter.

We have selected four goals from December from Town’s First Team and Under-18s and you can vote for your favourite via @htafcdotcom.

WATCH: Which one is your favourite? Vote for your #htafc Goal of the Month for February ⚽️

The competition is sponsored by Club Partner @maze8group.

Just 27 seconds after Paul Tierney blew for the start of the second-half of extra-time, Tom Ince waltzed inside with a sense of urgency before firing expertly across Stockdale to all but secure the Terriers’ place in the Fifth Round of the Emirates FA Cup.

With the January recruit cup-tied for the First Team’s FA Cup game against Manchester United, Alex Pritchard turned out and scored a brace for Mark Hudson’s Under-23 side. The first goal saw the Attacking Midfielder cushion the ball on his chest before rifiling an unstoppable shot across the goalkeeper.

Alex Pritchard's sensationally incisive pass between the central defensive partnership of Evans and Hegazi caused the home side all sorts of problems after the troublesome Steve Mounié sprung the offside trap before despatching past Foster.

This was the second goal of Alex Pritchard’s brace for the Under-23s. The midfielder collected the ball on the edge of the area and, from a similar position to the first goal, produced an audacious chip over the goalkeeper to seal the win for Mark Hudson’s side.

You can vote for your favourite by following @htafcdotcom on Twitter and casting your vote on the tweet below.

VOTE: You can decide what your favourite #htafc goal from February is by voting below (SE) 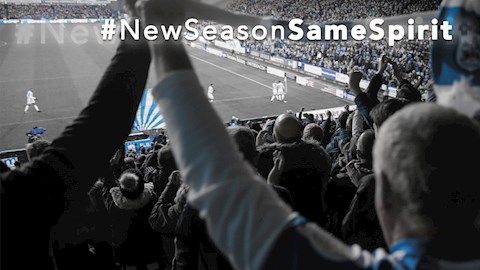