Were you one of our winners?

Were you one of Huddersfield Town’s lucky winners of the Golden Gamble draw, sponsored by Barden Print, from the Brighton match?

Huddersfield Town defender Chris Löwe made his way onto the pitch at half-time to draw the following numbers: 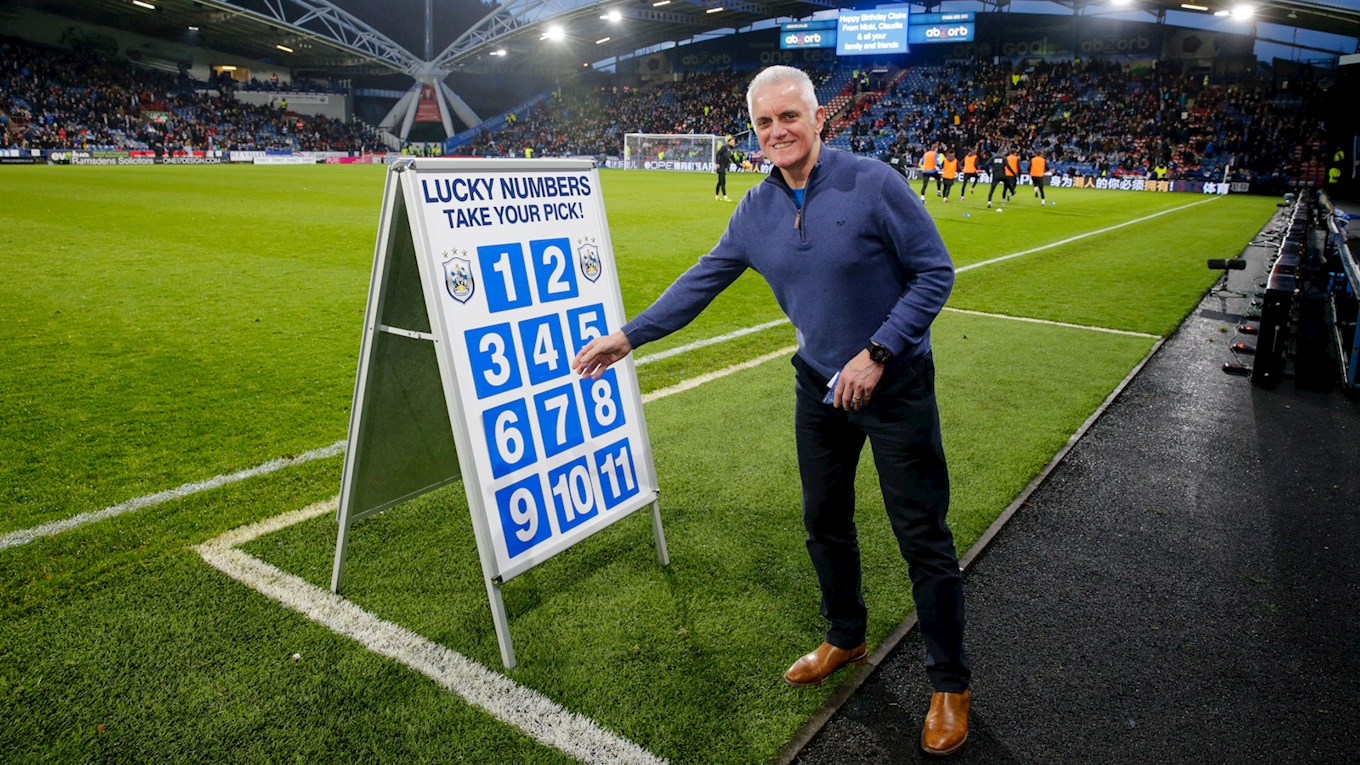 Mark (above) made his way onto the pitch at half-time to play the ‘Take Your Pick’ game and won a Huddersfield Town hat!

The cash rollover wasn’t won, meaning £2500 will be up for grabs at Town’s fixture against Newcastle United on Saturday 15 December 2018.