Town's Chairman looks ahead to 2019

- Huddersfield Town Chairman Dean Hoyle issues a New Year's message
- Dean calls for togetherness between supporters, players & the Club
- Hoyle: "I will NOT allow us to sleepwalk into relegation"

Today we draw a close to another year; one that will, again, live long in the memory thanks to those special scenes at the end of last season as we secured our Premier League status in the most dramatic fashion.

I know many of those moments will live with Town fans forever, and I’m immensely proud of that. However, I’m also not one for lingering in the past and now we turn our attention to 2019.

As everyone knows, I’m a lifelong Town fan. Supporting a team since your youth generally means that many of your friends come through football and I’m no different, plus I live very locally so I see a lot of supporters around the town too.

It’s never easy when your team is losing games, as we have through December, but one of the things that has made me the proudest of our Club in recent seasons has been the unbelievable, unique togetherness that we’ve shown. It’s allowed us to achieve some incredible things together, like promotion to the Premier League and last season’s survival campaign.

If we lose that togetherness now, then it’s over. Simple. Opinions are what football is all about – we all have one – but once inside this stadium, we need to have one voice; one positive force that can spur our players on to greater heights. If we split, we have no chance.

That isn’t to say that our Premier League status rests on you, although you do have a big part to play. For my part, I can only say this; I will NOT allow us to sleepwalk into relegation. I can promise you that we will fight with everything we have; that is my minimum expectation. 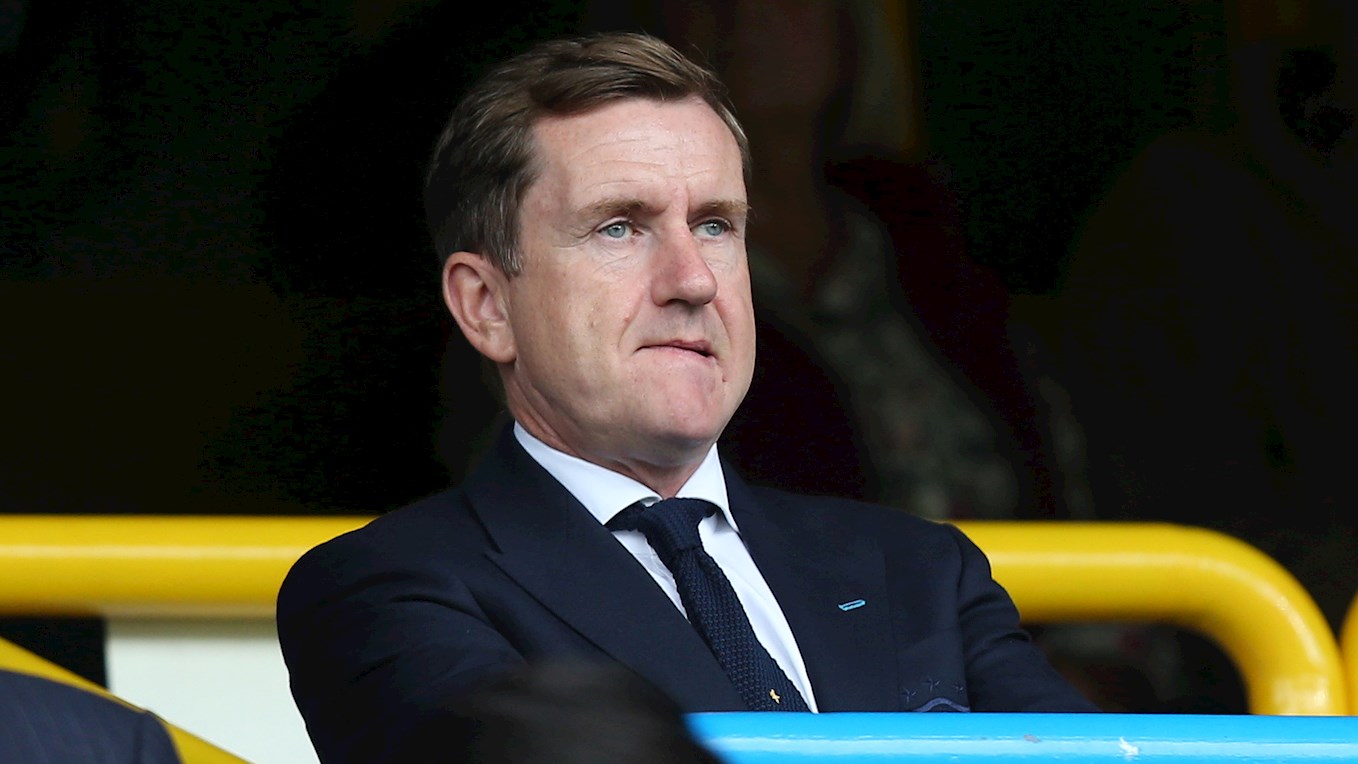 Behind the scenes, we are constantly challenging everything that we do in a quest to improve. In all departments, people are under pressure to deliver. That’s how you get better.

The January transfer window opens tomorrow and that’s a big talking point in the media and for our fans, understandably. We will be active in this window, but not at the financial risk of the Club. There is a balance to be struck, for sure, and we will strive to get that balance between risk and reward correct.

We all know how far this Club has come in recent years and I know every fan is proud of that, but that cannot be an excuse for not doing everything we can to be successful in the here and now. Having achieved what we have and reached the highest level of English football again, we cannot – and will not – give it up easily.

As Chairman, I’m delighted that David Wagner and his staff share this ethos. He’s not one for lingering on past achievements; he’s an ambitious man who wants to write another chapter in our book. He pushes himself as hard as anyone at this Club and deserves all the backing in the world.

I could write forever and ever on the season so far and our expectations for the rest of it, but this is not a time for waffle; it is a time for action. As we all know, actions speak louder than words.

Thanks for your continued support. Here’s to a successful 2019; I wish you and your families a Happy New Year.