Comprehensive defeat at the Etihad Stadium

It was a difficult afternoon over the Pennines for the Terriers as last season's Premier League champions picked up where they left off.

Sergio Aguero's hat-trick, Gabriel Jesus, a magnificent free-kick from David Silva and an unfortunate own-goal condemned David Wagner's side to a heavy 6-1 defeat, in which the returning Jon Gorenc Stanković netted what just turned out to be a consolation in the end.

Three changes were made to the Town starting XI following the defeat against Chelsea. Zanka (thigh) and Jonathan Hogg (hip) were replaced by Club captain and former City academy graduate Tommy Smith, and goal-scorer Stanković, whose last competitive appearance came on this ground in a March 2017 FA Cup tie.

The final change saw Abdelhamid Sabiri make a third Premier League start ahead of Aaron Mooy, who was not with the squad for the trip to his former club due to the expected arrival of his second child.

A healthy Town following made themselves heard amongst the home crowd welcoming back their own Premier League champions. Sporting the new bright yellow alternative kit, as expected City came forward in numbers hunting an early opener; something they couldn't muster on trophy coronation day during that memorable week in May.

The warning signs were there just minutes in. Steve Mounié's blushes were spared as a sliced clearance landed on the crossbar, with Gabriel Jesus finding Ben Hamer in no mood to let City take an early lead, as Town's stopper expertly rushed out to smother the Brazilian's advances having broken free on the edge of the area.

Jesus remained in the thick of the action. David Silva's skilful run and cross from the right somehow squirmed its way to the forward in space at the back post, but when it looked to be easy to bundle home, Jesus couldn't adjust in time which allowed a busy Hamer to claim; releasing pressure for the time being at least.

Town's initial resistance was very impressive. Everything Pep Guardiola's men tried, the Terriers repelled as the 20-minute mark passed. Major chances were few and far between; only a powerful İlkay Gündoğan effort threatened to find the net- an outcome Philip Billing heroically avoided with a brave block.

Just as Jon Gorenc Stanković the first Terriers chance over the bar, the Cityzens raced down the other end to make it 1-0.

Ederson distributed the ball long towards the angled run of Sergio Agüero, and the Argentine worked his way into a shooting position with Ben Hamer off his line. Agüero produced a clever finish from 18 yards over the head of Town's ‘keeper.

The opener which was shortly followed by a second, courtesy of Gabriel Jesus. A surging Benjamin Mendy run ricocheted its way to Jesus, who'd taken up a deeper position on the edge of the area. The striker fired a left-footed effort under the legs of an unlucky Tommy Smith to double the advantage.

A mammoth task of the highest order ahead of kick-off was even tougher at 2-0 down – and it would soon be three. Agüero doubled his own tally for the afternoon tapping into an empty net after Hamer spilled Benjamin Mendy's low, drilled cross from the left flank.

However, Town weren't fazed, and in fact managed to grab an encouraging goal as the half-time interval beckoned. It was the unlikely figure of Jon Gorenc Stanković who scored it, finishing from close range after Steve Mounié flicked on Philip Billing's long throw.

Still an extremely difficult job at hand, but undoubtedly a glimmer of hope heading into the second period.

That glimmer of hope was severely dented just two minutes into the latter half. David Silva's impeccable free-kick restored the three-goal cushion. The Spaniard curled an absolute peach into the top corner to leave Ben Hamer no chance. A quite brilliant set-piece dashing any Terrier hopes of mounting a quick comeback.

Admittedly, the encounter may well have been over in the aftermath of Silva's exquisite piece of play upon the commencing of the second-half; nevertheless, City pressed for more.

Sergio Agüero smacked the post to conclude a direct run through the heart of the Town rear-guard, ahead of firing wide in the follow-up to neat interchanges with forward partner Jesus.

Town still didn't feel sorry for themselves in the face of adversity and a hungry City outfit. Steve Mounié acrobatically attempted to reduce the arrears once again the end-product of a Billing throw, but the Benin International's efforts sailed agonisingly over the crossbar.

City's all-time leading goalscorer Agüero looked sharp in a bid to net a hat-trick. A smart stop down low to the left from Hamer prevented that from being a reality with 20 minutes left in the contest.
Hamer wouldn't prevent it 5 minutes later. Agüero nipped in ahead of Terence Kongolo to sweep home Benjamin Mendy's delivery, adding a fifth.

The score-line wasn't a reflection of how Town had worked. Once again the effort levels had been superb; but one thing that the Terriers would most certainly take heart from was the fact that many a team had been on the receiving end of similar score-lines when squaring off with the formidable class of Guardiola's Champions.

When visiting places like the Etihad, you need a certain degree of luck; something that seemed to elude Town as substitute Leroy Sané raced away and beared down on goal. The German winger's initial shot was saved by Hamer, only for the ball to cannon off Kongolo and into the net for an unfortunate sixth.

One final positive for the Club was the debut introduction of Ramadan Sobhi. The summer acquisition from Stoke City showed some nice touches in the closing moments.

The Terriers will look to respond next weekend as Neil Warnock's Cardiff City visit the John Smith's Stadium (25 August, 3pm). 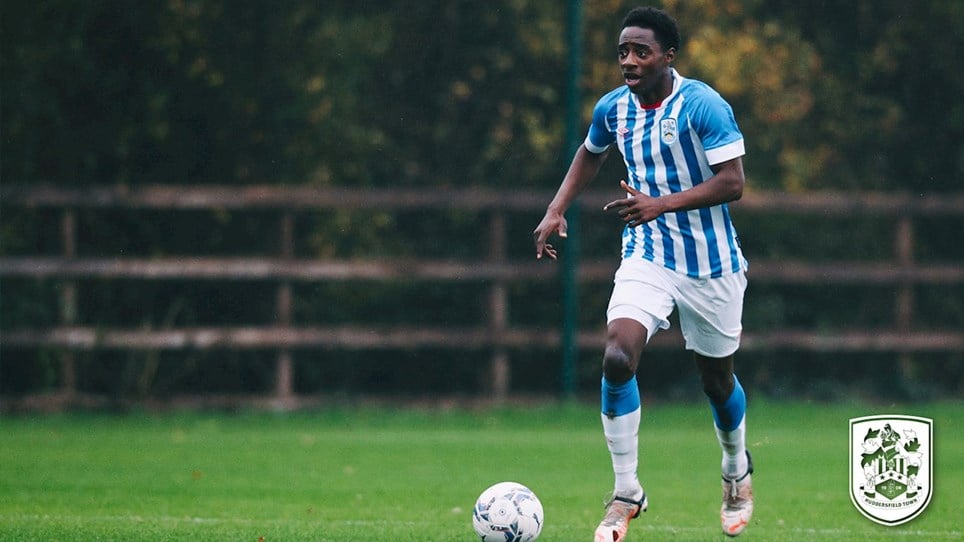