After two and a half weeks without a PDL match, Mark Hudson’s Young Terriers will travel to the Capital to face the Eagles at Selhurst Park.

Despite, not having a fixture in the Academy league, a number of Town’s youngsters have been involved in competitive fixtures.

A large number of Hudson’s Under-23s featured in the 2-1 win over Bayern Munich, whilst some of the younger players in the side also featured for Town’s U19s in the U19 Champions Trophy last weekend.

You can watch highlights from the win over Bayern Munich below courtesy of #HTTV!

The Young Terriers, who are unbeaten in seven outings, currently sit seventh in the Professional Development League with 35 points from 26 games.

Second half goals from Jordan Williams and Abdelhamid Sabiri earned Mark Hudson’s side a point in the U23s' last league match, as the youngsters drew 2-2 with Coventry at the Ricoh Arena.

Friday’s opponent, Crystal Palace, is currently top of the U23 South Professional Development League table with 50 points from 25 games.

Managed by Richard Shaw, the Young Eagles come into the game off the back of a 3-2 win over Charlton Athletic. Palace has lost just two of its last eight league matches.

Huddersfield Town fans can attend the match at Selhurst Park. Adults tickets are priced at £5 with concessions at £1. 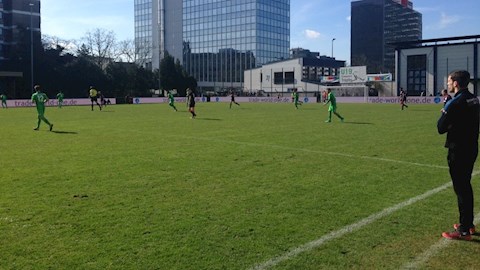