Young Terriers back in action this weekend

Huddersfield Town’s Under-18s side will take on Charlton in the U18 Professional Development League on Saturday 14 April 2018.

The match will take place at Town’s PPG Canalside Training Ground, with kick-off scheduled for 11am.

Leigh Bromby’s youngsters last played on Wednesday (11 April 2018) when they were beaten by West Yorkshire rivals Leeds United 2-0 away from home.

Despite a hard-fought performance, Town’s Under-18s side was defeated after goals from both Theo Hudson and Bobby Kamwa. Leigh Bromby named two trialists in his starting line-up as his youngsters continue to develop.

You can watch highlights from the match against Leeds on #HTTV below!

Charlton is just six points off top spot in the south division and come into the game off the back of a 2-1 win against Hull City, meaning the young side has won nine of its last 11 games of the season. 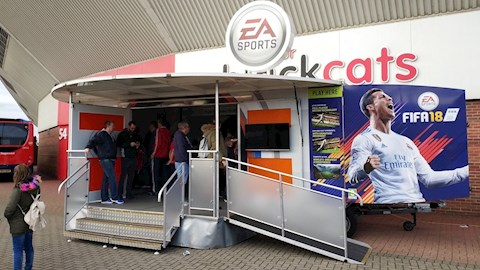 Come down and support the youngsters for free at PPG Canalside on Saturday morning, followed by the Perrys Vauxhall Fanzone before the First Team game at home to Watford on Saturday afternoon.