Legendary Huddersfield Town Manager Mick Buxton is the guest on Boothy’s Beer & Banter at the PPG Canalside Fanzone, which is sponsored by Perrys Vauxhall, ahead of the Everton match.

The now 74 year-old transformed a side flirting with non-league football into an unstoppable attacking force, with his side winning the Fourth Division on the final day of the 1979/80 season. The team that made Chairman Dean Hoyle fall in love with Huddersfield Town.

Mick will be live on stage with Club Ambassador Andy Booth for Boothy’s Beer & Banter at 12.15pm, which takes place exclusively in the Radcliffe Suite, so make sure you get your seat early!

Following Boothy’s Beer & Banter, Mick will then be signing copies of Rob Stewart’s ‘101 Club’ book for supporters in the Radcliffe Suite. YOUR CHANCE TO MEET MICK BUXTON

Have you ever heard of Footpool? The unique and fun game that’s played around the world will be at the PPG Canalside Fanzone.

Town supporters will also be able to take part in a game Footpool, which is brand new to the PPG Canalside Fanzone. It combines both football and pool into a unique, fun game for people of all ages.

The quick-fire game is played to the rules of pool by kicking footballs into the giant pockets on the oversized table.

Do you want to watch Liverpool vs Stoke City before heading to the John Smith’s Stadium? Well, the match is being shown LIVE at PPG Canalside on a giant 11sq metre outdoor screen!

Why not grab a drink whilst you watch the match? At the PPG Canalside Fanzone, there’s a variety of beverages on offer. 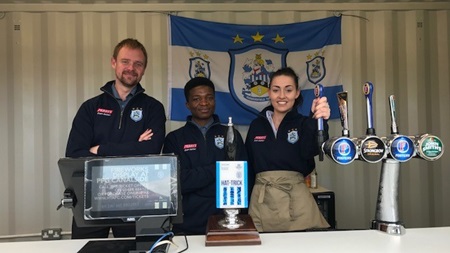 You can also have a drink from the inside bar, where a number of options are available! You can also purchase a collectable Fan Cup, sponsored by Stafflex, to have your pre-match pint in; just £1.

How much do you know about Pedal for Pounds 9? Preparations are well underway as 175 cyclists get ready for the 282 mile ‘The Last Goal Post’ ride. 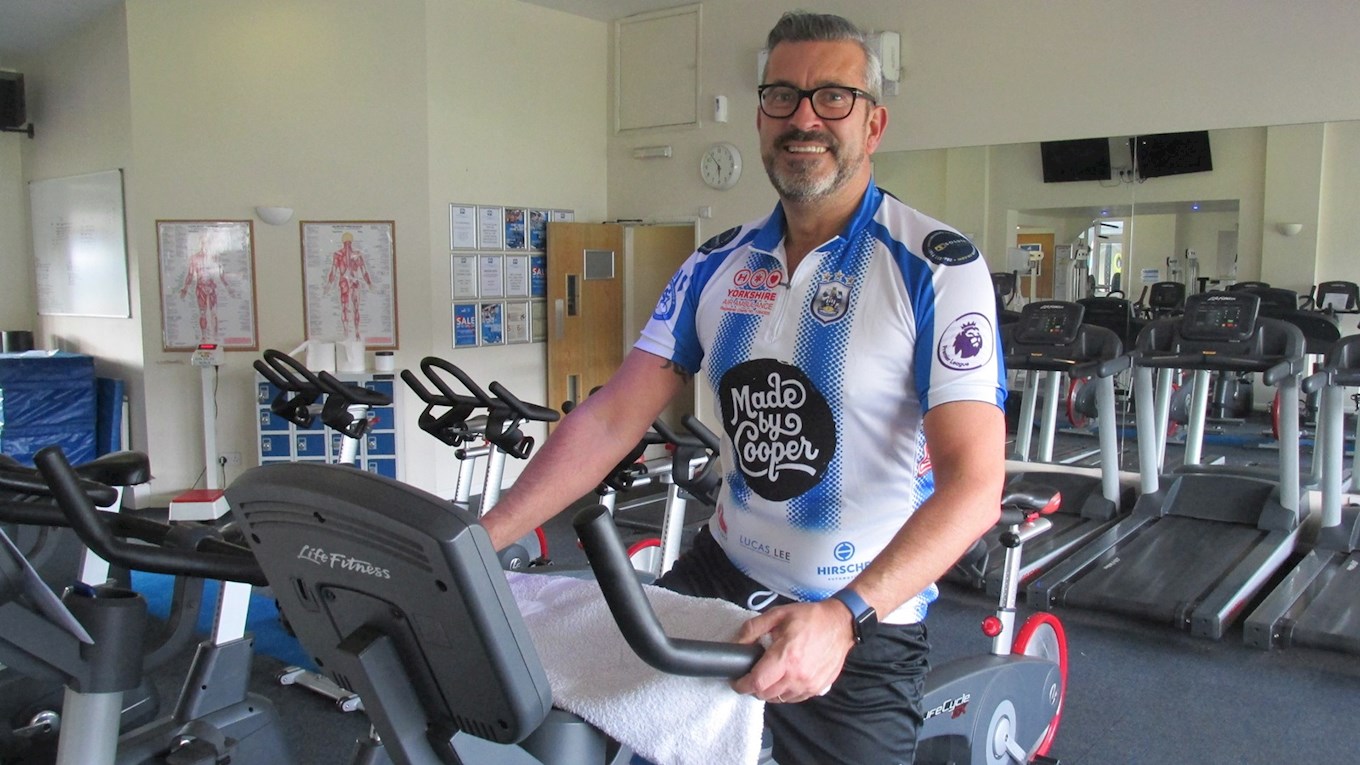 Commercial Director Sean Jarvis (above) will be training at the Fanzone between 11am and 1pm, raising money for the P4P9 ride. Come down to sponsor him and show him your support!

The live band will certainly help Sean at the end of his training! From 12.30pm, the ever-popular, for Funksake will be performing a selection of funk, soul, disco and Motown music. 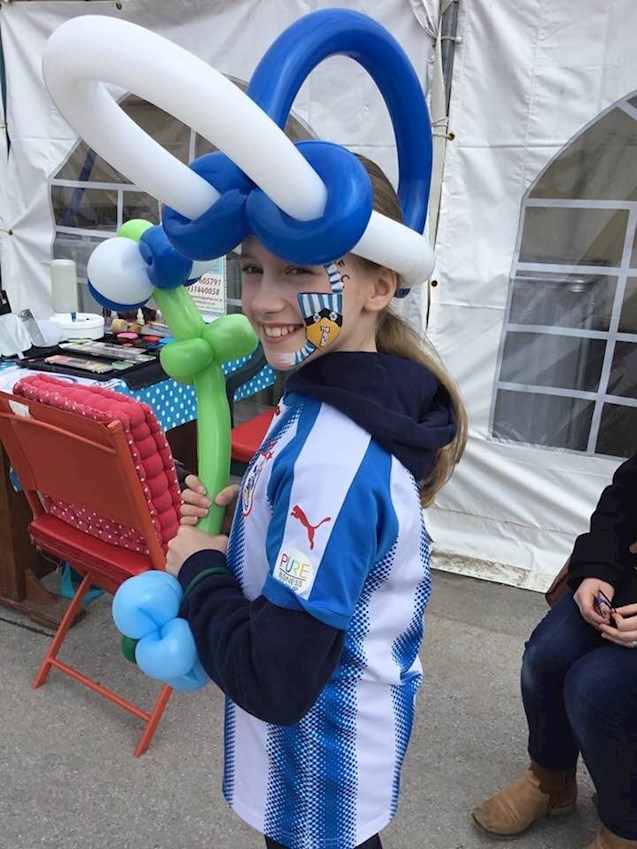 For our Young Terriers attending the Fanzone, the ‘NEW’ GAME DEN, which is located on the artificial grass in front of PPG Canalside, will be open between 11am and 2.30pm. Why not show off your skills?

FREE face painting and FREE balloon modelling is also available, so you can look the part ahead of the Everton match!

Not only this, Young Terriers will also be able to see Tilly the Terrier from noon onwards, she will be available for both autographs and selfies.

After the success of the ‘Fans for Foodbank’ initiative launched at the John Smith’s Stadium at the Watford game, a foodbank will now be open at the PPG Canalside Fanzone.

Fans are asked to bring items of food, which will be donated to the Welcome Centre. CLICK HERE to find out more.

The Town Foundation will also be bringing its target football penalty shoot-out to the Fanzone, with Mascot Captain Booth. It’s only 50p to take part and there’s prizes to be won!

There’s a number of food options also available before you walk to the John Smith’s Stadium. 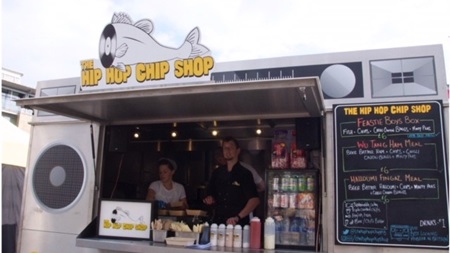 A brand new Hip Hop Chip Shop (above) will be open to supporters, selling untraditional fish and chips inspired by the inventive and experimental ethos of the hip hop culture.

After you’ve finished your fish and chips, why not buy a Dixon’s ice cream? There will be a van at the Fanzone, so make sure you get yours!

You could also choose from the local sourced PPG Canalside Match Day menu or the BBQ station, which includes burgers, sausage rolls and much more, sponsored by Haighs Farm Shop.

Scarves and accessories are available at the Huddersfield Town pop-up shop, so you can head to the Everton game, proudly wearing blue and white colours.

The jackpot prize for Perrys ‘Predict the Score’ now stands at £400. You could be in with the chance of getting your hands on the prize by having your correct score prediction selected. Season Card holders can also benefit from excellent deals on all cars purchased at Perrys Huddersfield.

MATCH DAY ACTIVITIES AHEAD OF MILLWALL


Plenty to do ahead of the Millwall game


Match highlights from Tuesday night for free on YouTube