Were you a lucky winner against Watford?

Were you a lucky winner from Huddersfield Town’s Golden Gamble draw, sponsored by Barden Print, at Saturday’s match against Watford?

Huddersfield Town’s Michael Hefele made his way onto the pitch at half-time to draw the following numbers:

Gold 10610 - Andrew Biggs - The prize was two seats in the Director's Box and a meal in the White Rose Club at the Club’s upcoming match against Everton. 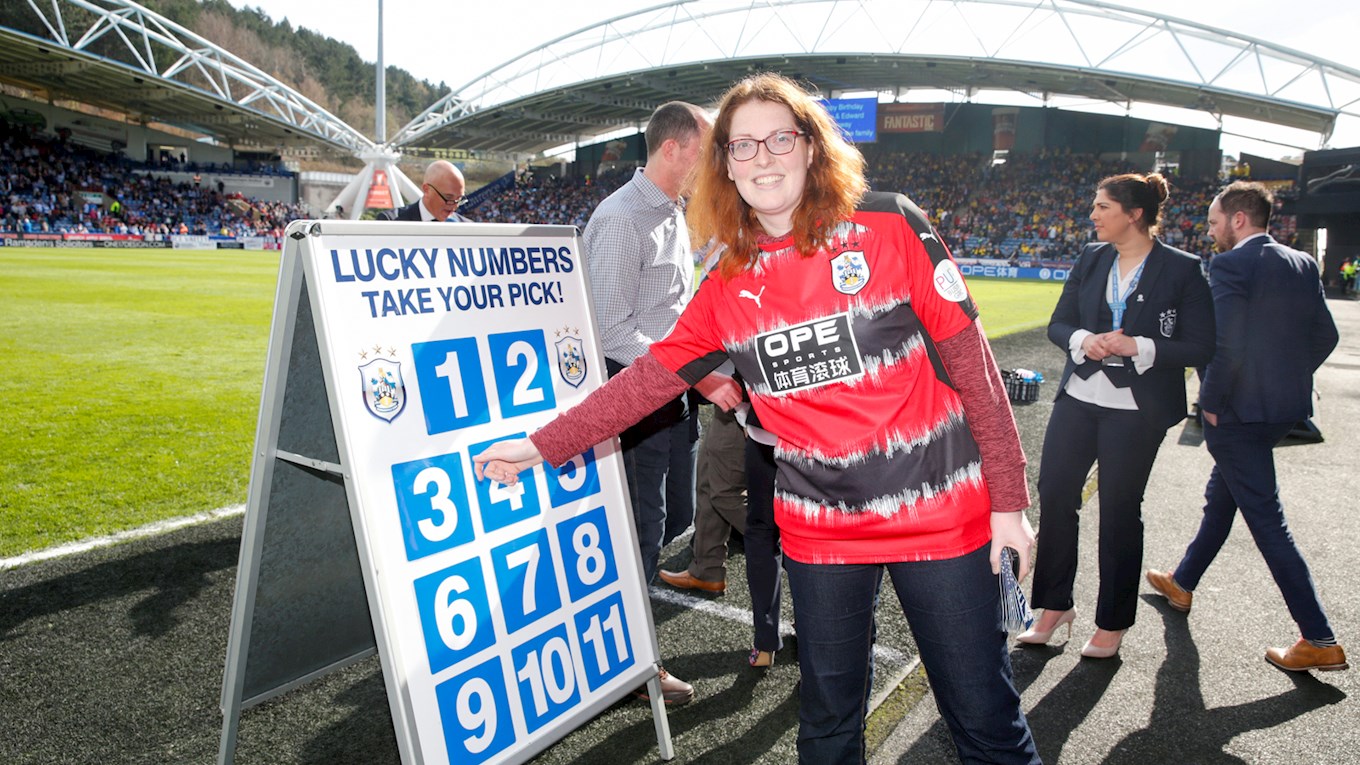 Philip and a family member (shown above) made his way onto the pitch at half-time to play the ‘Take Your Pick’ game and won a Huddersfield Town Umbrella!

That means the cash rollover rises to £3,000 at the Club’s Premier League match against Everton at the John Smith’s Stadium.

If you have the ticket for the unclaimed prize, please contact Town’s Promotions Department by calling 01484 9609 or email lotteries@htafc.com.