85-year-old recognised for his contribution to the Club

Turnstile Supervisor Duncan Haigh received a special ‘H’ badge on Wednesday afternoon to celebrate his 72 years of working on the turnstiles at the Club.

The Club present the ‘H’ pin badges to recognise an achievement that encompasses everything that’s great about both the Club and the Town.

Duncan Haigh – who will turn 86 on Wednesday 25 April – first started working for the Club at the age of 14 at the old Leeds Road Stadium, continuing his position when Town moved to the John Smith’s Stadium in 1994.

His role as supervisor helps to ensure a smooth entrance for all supporters through the turnstiles into the John Smith’s Stadium, before spending time in the first half, once the turnstiles close, helping to collate the attendance figure.

He is placed in the middle of three generations of the Haigh family working on the turnstiles, with his late father Donald introducing Duncan to the role, and his son Andrew currently still working on the department. 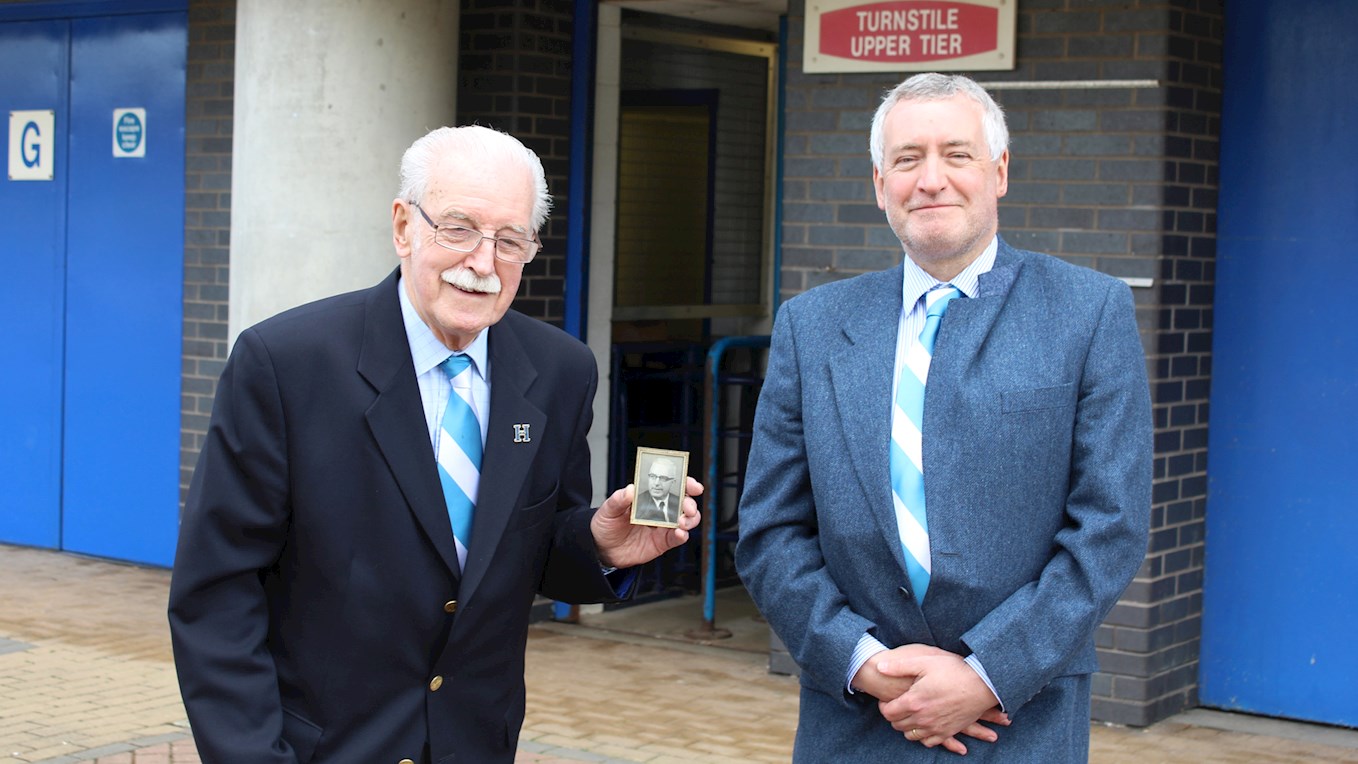 There is a combined total of over 125 years of experience between the trio, with Duncan contributing an impressive 72 of them on the turnstiles. From his time working at the Club, the turnstile supervisor has seen Town play in all four divisions at two different Stadiums including seven promotions.

Town’s final game of the season against Arsenal will be Duncan’s last working for the Club, concluding an impressive 72 years of service to Town.

Huddersfield Town’s Club Ambassador Andy Booth was on hand to present Duncan with his badge on Wednesday afternoon at the John Smith’s Stadium.

Duncan is the second person to be presented with a ‘H’ badge by the Club, with Huddersfield Town super-fan Maureen Procter the first to receive a badge in October.

The Premier League visited Duncan on Wednesday and put together the below video about his time working on the turnstiles at the Club.

Everyone at the Club would like to thank Duncan for his contributions over the years.