There’s activities for the whole family at PPG Canalside’s Fanzone, sponsored by Perrys Vauxhall, ahead of Huddersfield Town’s match against Tottenham Hotspur.

The match day excitement will kick off at the Fanzone, sponsored by Perrys Vauxhall, at 9am on Saturday and there’s activities that everyone will enjoy.

As we continue to ‘Celebrate Huddersfield, Celebrate Yorkshire’ Town fans will be able to enjoy a special performance from the Terrier Brass Band on the Expect Distribution HTAFC branded ‘Trailer’ staging.

The newly formed ‘Terrier Brass’ band consists of Town fans and talented musicians that have played in some of the very best brass bands and orchestras from around the world. 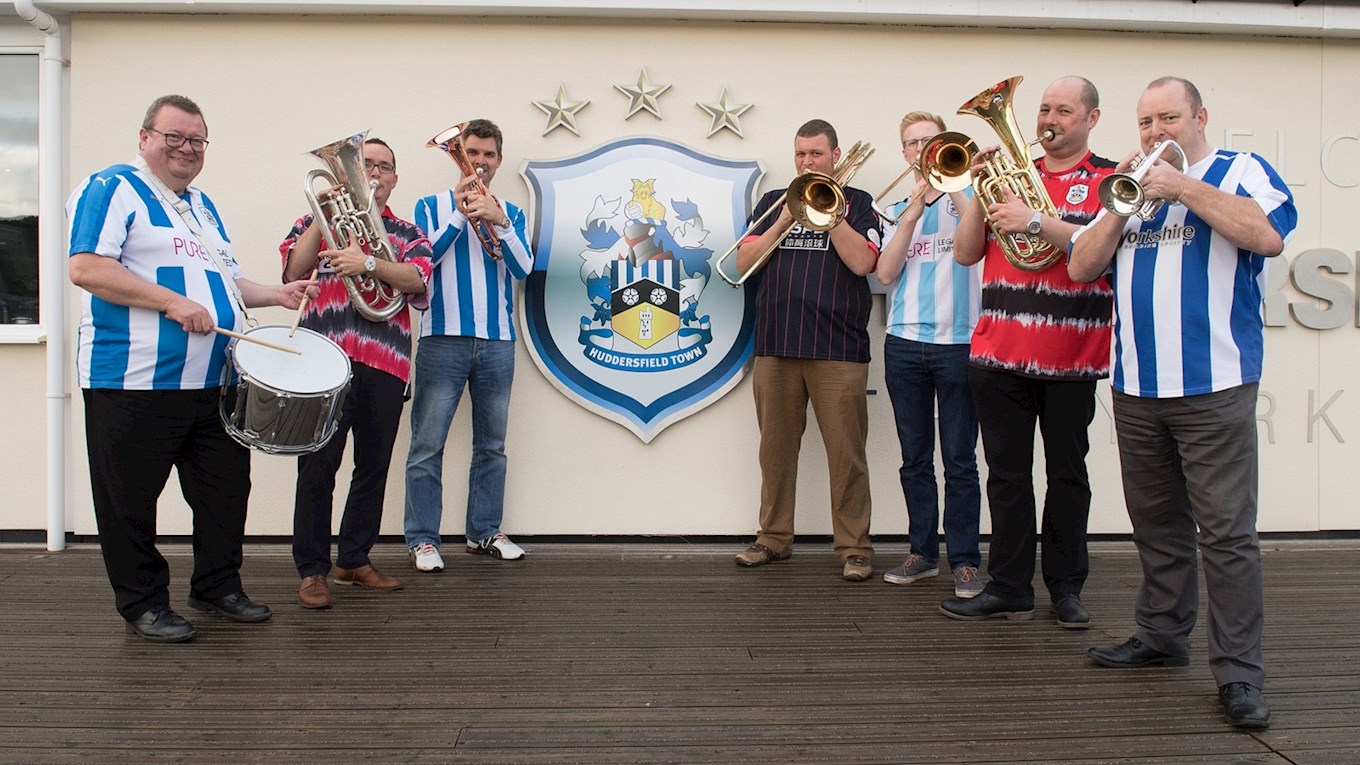 The band will start performing at 10.30am at the Fanzone for around 45 minutes before venturing down to the John Smith’s Stadium to perform outside the new Club Shop from 11.30am.

They will perform a special musical arrangement of songs that will include a range of familiar Town songs and chants alongside other classics.

Have you played at the John Smith’s Stadium yet on FIFA 18? Well here’s your chance!

Take control of Tom Ince or Lionel Messi on FIFA 18 in our GAME Den and test your skills against other young Terriers.

Youngsters will also be able to take part in an inflatable bungee run provided by Odin Events. Can you beat your friend or another fan and place the Velcro marker furthest along the wall before the bungee cord catapults you back? 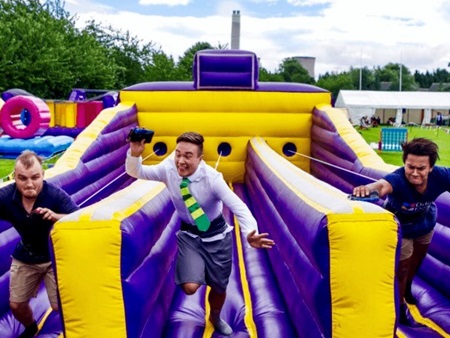 Between 10am and noon your child will also be able to have their face painted or get balloons modelled by Artifaces to get them in the match day mood.

Steve was a runner-up in the FA Cup with Tottenham Hotspur, won the First Division with Leeds United and finished fourth in the 1990 World Cup with England.

Come and ask Steve some questions about playing for his country and playing in Europe. Please note that Boothy’s Beer & Banter is exclusive to the Radcliffe Suite so please arrive early to get your seat!

Alongside this, you can be served quickly at the Club’s outside bars under a marquee provided by HV Marquees.

Under the beer tent you can be served Fosters, John Smith’s and Strongbow Cider alongside a number of soft drinks.

There’s also a selection of drinks and snacks in the inside bar at PPG Canalside serving Heineken Extra Cold, Old Mout Ciders, Hardy’s Wine selection and Yorkshire Crisps. After popular demand Strongbow Dark Fruits will also be available on draught to supporters.

As it’s all about Huddersfield and Yorkshire today why not have one of Huddersfield Town’s official beers brewed in Huddersfield by Club Partner Magic Rock Brewery are also available; get yourself a pint of Hat-trick or Promised Land Pilsner.

That’s not all! Why not have a special match day breakfast at the PPG Canalside Fanzone? A selection of breakfast sandwiches are on offer for Town fans.

As always, a shuttle bus will be put on for supporters to get to the John Smith’s Stadium ahead of the Tottenham Hotspur match.

The double decker service, provided by Yorkshire Tiger, will leave PPG Canalside at 11.45am.

Why not miss queues at the John Smith’s Stadium and pop into Huddersfield Town’s retail shop at PPG Canalside? Lots of gifts will be on offer to get you ready for the match.

You could also walk away from the Fanzone with £100 in your pocket thanks to sponsors Perrys. All you have to do is correctly predict the score between Huddersfield Town and Tottenham Hotspur and have your entry chosen at random. One lucky winner predicted the correct score against Leicester City and will be presented with the winner’s cheque at Boothy’s Beer and Banter.

A number of offers are also available on a selection of Perrys’ cars. Huddersfield Town Season Card Holders will also receive excellent deals on cars purchased at Perrys Huddersfield.

Parking is available for £5 at a first come first served basis for Club PPG Canalside members, guests can attend with a member for free.

MATCH DAY ACTIVITIES AHEAD OF MILLWALL


Plenty to do ahead of the Millwall game


Plenty to do ahead of West Brom game