Williams delighted to be back on the pitch for Town

Danny Williams spoke to #HTTV+ about returning to action after Huddersfield Town lost 2-0 at the Liberty Stadium against Swansea City.

The midfielder praised the Club’s medical department for helping him return to action as he came on as a second half substitution.

Williams explained what he thought went wrong against Swansea City, admitted Town has to be braver with the ball and looked ahead to next weekend’s match against Manchester United.

On the game Danny Williams commented:

“I don’t think we were brave enough.

“The Head Coach told us before the game that we needed to be brave to silence the crowd.

“There were a couple of situations where we were lucky not to concede, but then we kept it at 0-0.

“We then gave some errors away and in this division you get punished; that was a big lesson for us today.”

You can watch clips from Danny's interview via #HTTV!

If you want to watch the midfielder's full interview please subscribe to #HTTV+. 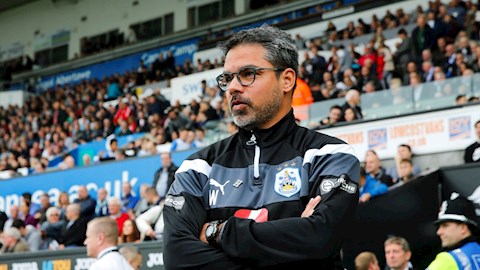 WAGNER: WE WILL LEARN OUR LESSON