Wagner revealed he was frustrated with how brave the Huddersfield Town players were and was very unhappy with the first half performance.

The Head Coach also analysed the goals conceded by Town and explained why he felt the second half performance was better against Swansea City.

“We had the best chance of the game in the first half when it was 0-0 but as I said this can happen.

“You miss your chances, be unlucky and make mistakes but it cannot happen that you don’t follow your match plan and that you aren’t brave enough with the ball.

“We didn’t follow what we wanted to do but in the second half the players showed they were capable and that they were able to do this.”

You can watch clips from David Wagner's interview below courtesy of #HTTV! 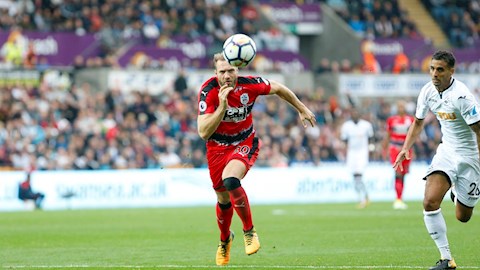