Brand new features included in this weekend’s The Terrier

- Newly designed The Terrier available on Saturday
- Available around the John Smith’s Stadium for £3.50
- Tom Ince on his special relationship with this weekend’s opponents

Huddersfield Town’s newly designed official match day magazine, The Terrier, is on sale ahead of the Club’s upcoming home game against Manchester United.

The Terrier will be available for supporters prior to Town’s Premier League match against Manchester United at the John Smith’s Stadium and at the PPG Canalside Fanzone (3pm kick-off).

This weekend’s main interview feature is with Tom Ince. He discussed how the Ince name flows through Manchester United’s history, how he has settled into life in Yorkshire and wants to take his chance in the Premier League. 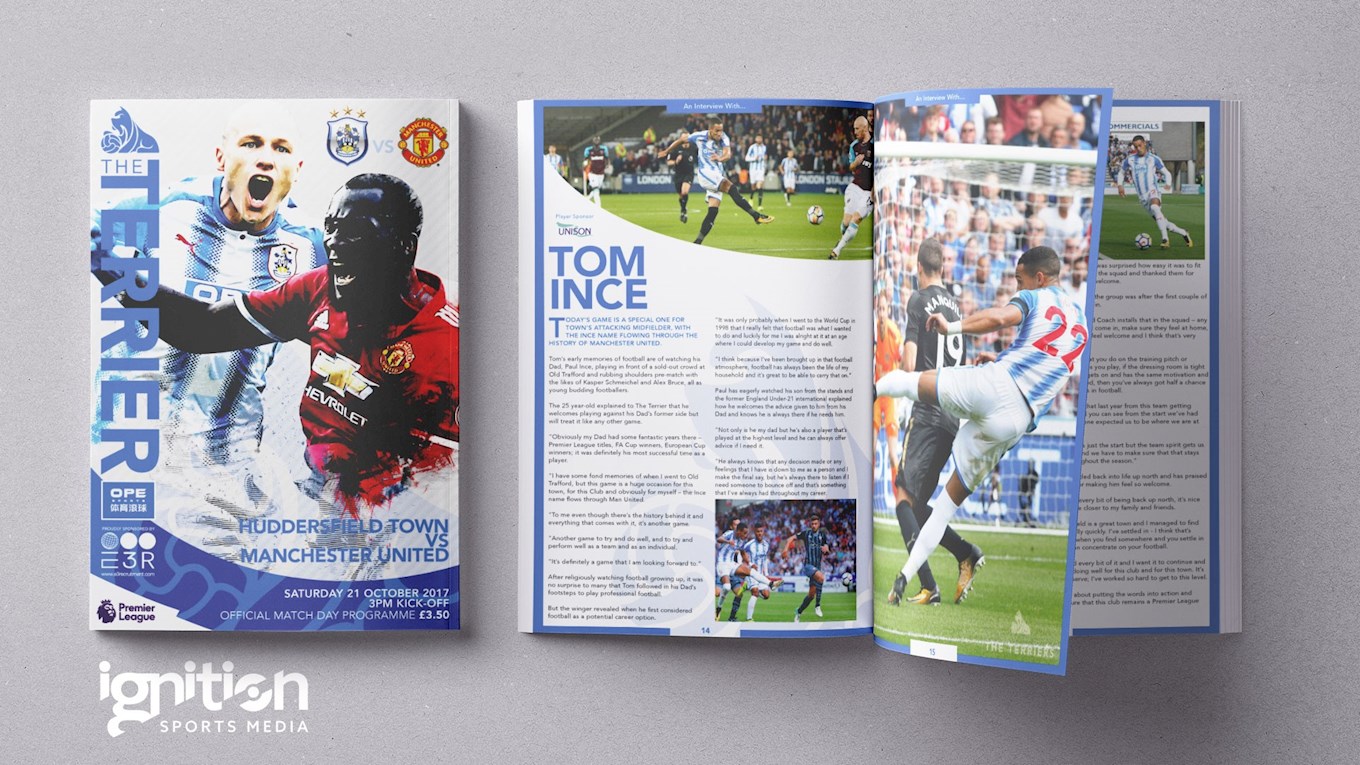 Robert Green talks fans through his five-a-side team made up of players he’s played with, whilst Elias Kachunga answers questions put to him by the fans.

Not only that but former Huddersfield Town and Manchester United striker Denis Law CBE (below) spoke exclusively to The Terrier about his time at the Club and his delight to see Town gain promotion. 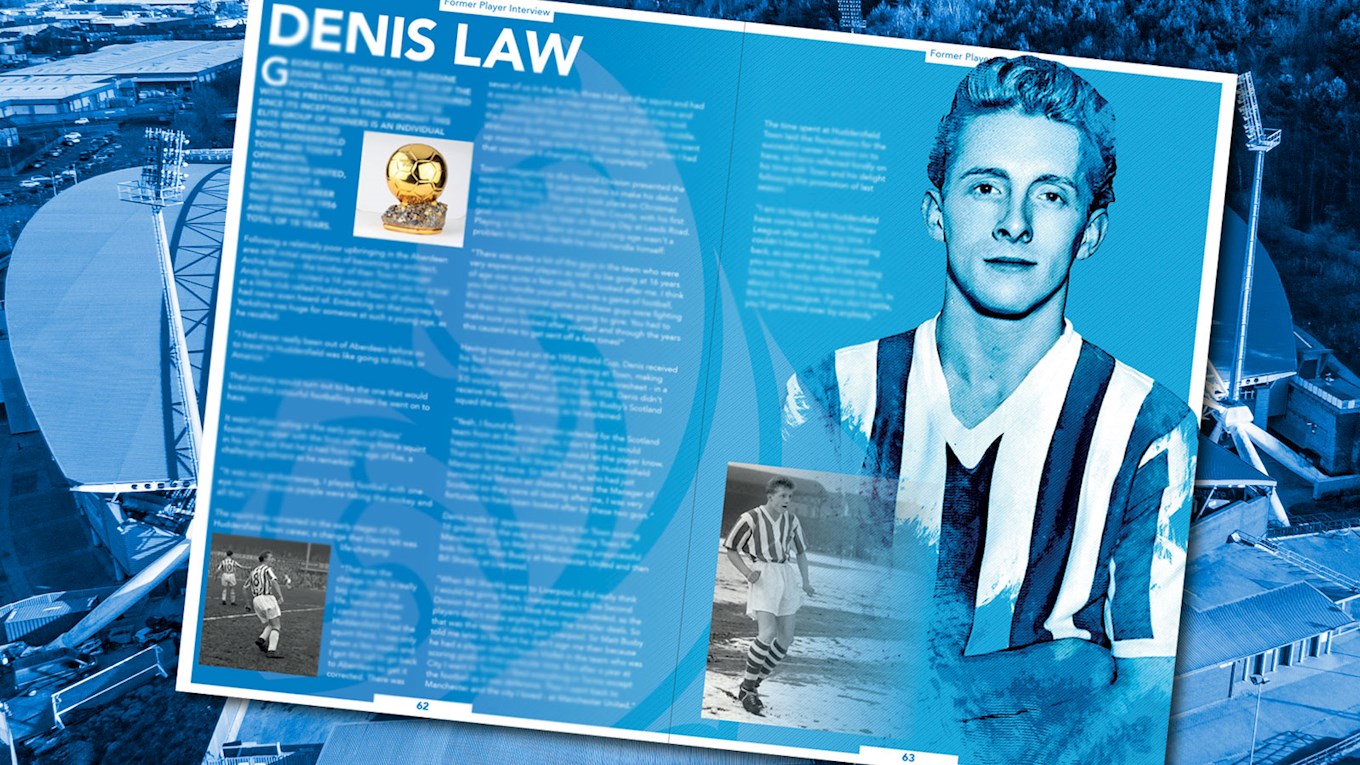 In his Captain’s Column, Tommy Smith explained how the whole club needs to stick together, whilst Club Ambassador Andy Booth spoke about the Club’s Pedal for Pounds 9 bike ride.

Assistant First Team Coach Mark Hudson features in this weeks ‘Know Your Role’ Q&A whilst Under-23s winger Luca Colville and Under-18s defender Jordan Thomas both spoke about their time at the Club.

If you want the lowdown on Man Utd, look no further than The Terrier; there are several pages featuring the ones to look out for in the opposing squad and we revisit some of the previous matches between the two sides.